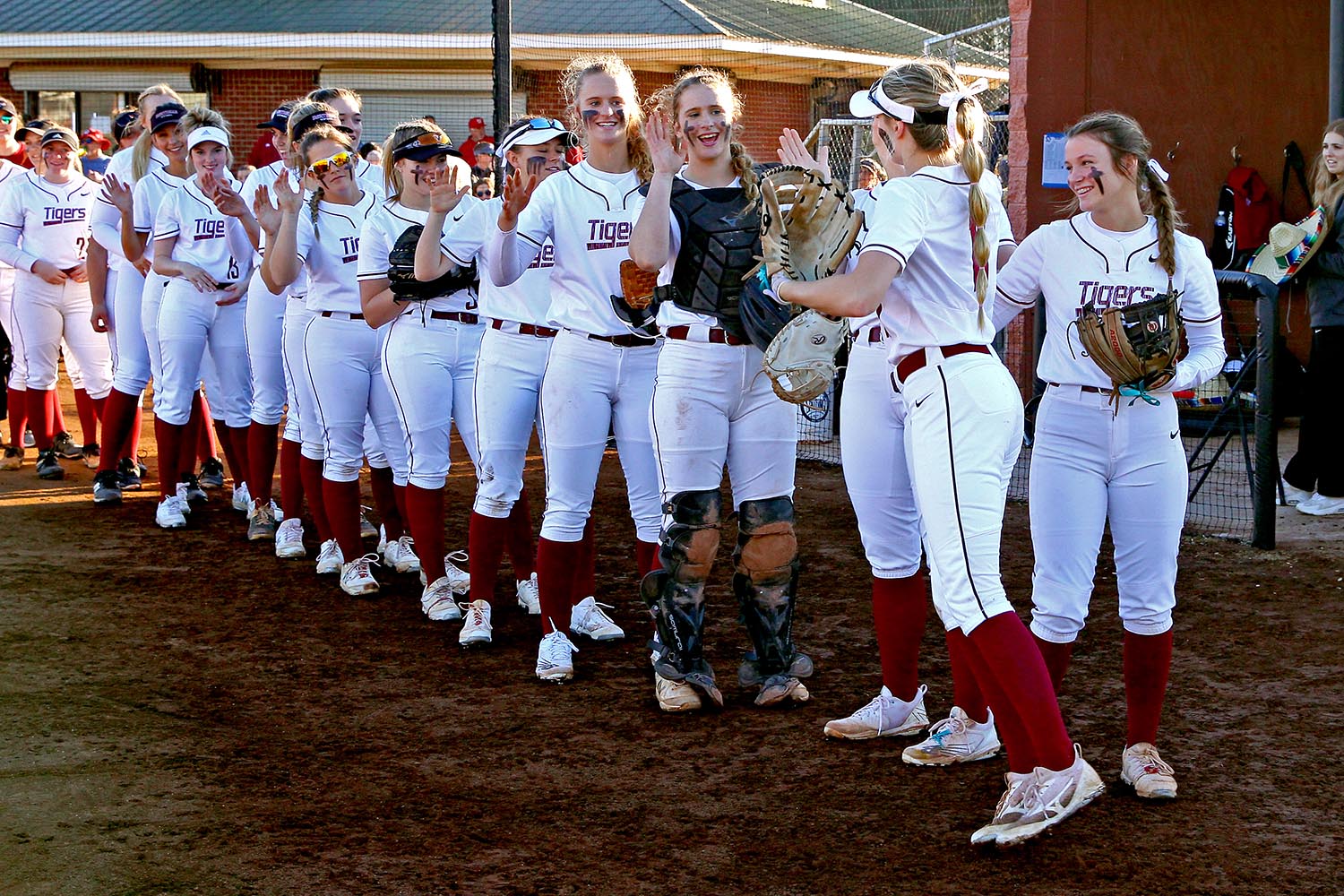 Game one was a pitcher’s duel between Godfrey and Helena’s Cam Bailey.

Neither team scored in seven innings, with the game ending in a 0-0 tie between two of the top 6A teams in the state.

Mortimer Jordan 3, Hartselle 0
Hartselle suffered their first loss of the season in game two as Mortimer Jordan scored a run in the first, third, and fifth innings to take a 3-0 win.

Jones picked up the Lady Tigers only hit with a single to center in the bottom of the third inning. Brityan Godfrey and Drake were the only other baserunners as they reached on walks.