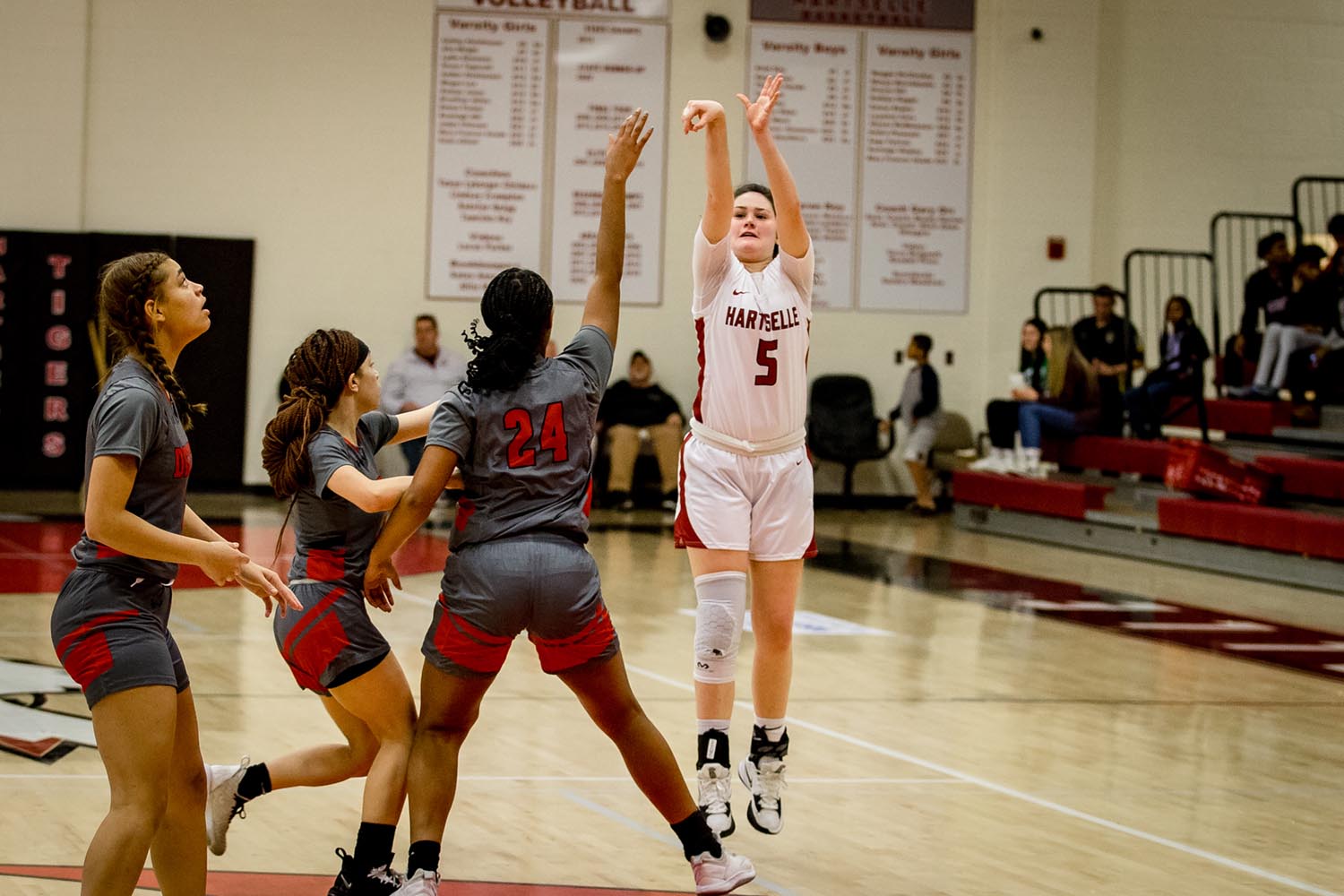 Seven players scored for Hartselle in their 50-22 win over Decatur last Friday. The Lady Tigers improved to 17-6 and 4-0 in area play following the victory.

Decatur scored the first two points of the quarter to grab their only lead of the game. Hartselle had runs of 8-0 and 10-0 to run away from the Lady Red Raiders. Masyn Marchbanks scored nine points in the first quarter as the Lady Tigers jumped out to an 18-4 lead. Karleigh Shipley added five points.

The defense was the story in the second quarter as the teams combined for nine points. The Lady Tigers extended their lead to 24-7 at halftime after holding Decatur to three points in the quarter.

Hartselle left no doubt in the game’s outcome following a 17-3 third-quarter outburst. Marchbanks scored eight, while Gracie Hill hit two three-pointers and finished with six as the Lady Tigers extended their lead to 41-10, heading into the fourth quarter.