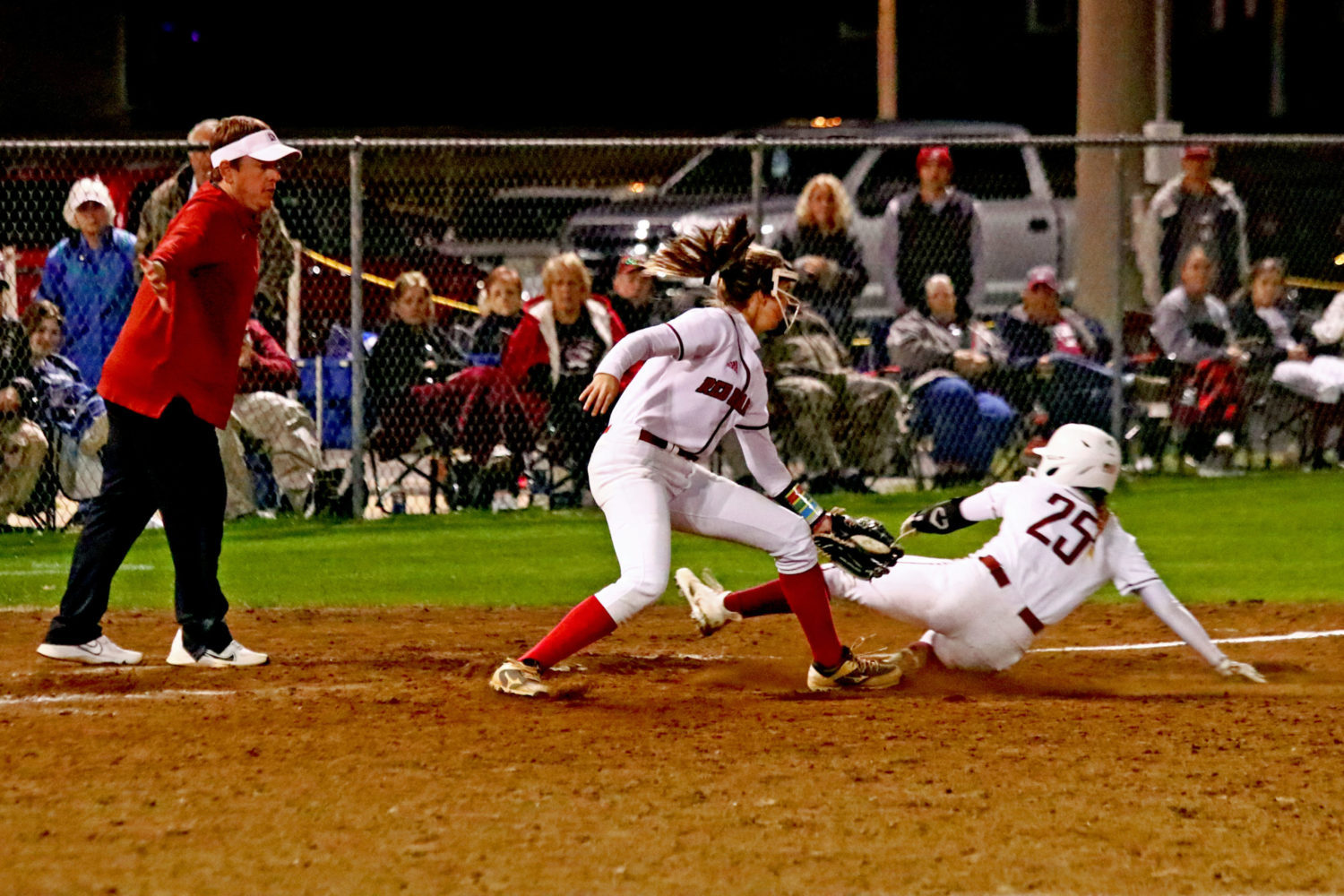 The Hartselle Lady Tigers overcame a slow start in their 12-0 area win over Decatur this past Thursday.

Decatur’s Madison Murphy struck out seven Hartselle batters after walking Larissa Preuitt, keeping the high-powered Lady Tiger offense in check. Preuitt stole second and scored on a wild pitch to give the Lady Tigers a 1-0 lead.

Kaelyn Jones tripled to left-center with one out to start the third inning. She scored on a passed ball during Karsi Lentz’s at-bat.

Brityan Godfrey reached third on an error by Decatur’s right fielder. Blayne Godfrey was hit by a pitch to give the Lady Tigers two runners on base.

Booth advanced to third on an error and scored on Emily Hall’s infield single to make the score 6-0.

Jones singled to left and then stole second and third before scoring on a passed ball to start the fourth inning and give Hartselle a 7-0 lead.

Lentz and Blayne Godfrey drew walks to put two runners on base for Booth, who singled up the middle and drove in two runs for a 9-0 lead.

Preuitt picked up an infield single in the fifth and then stole second. Jones reached on an error and stole second with Preuitt on third.

Lentz then walked to load the bases for Brityan Godfrey, who doubled to left field to clear the bases and give Hartselle a 12-0 victory.

Blayne Godfrey struck out 13 and notched her fourth no-hitter of the season in picking up her 13th win.

Booth finished two-of-three with three RBIs and a run scored to lead Hartselle (19-2-1). Hall had two hits and an RBI, while Jones had two hits, three runs scored and three steals. Preuitt had a hit, three steals and two runs scored.