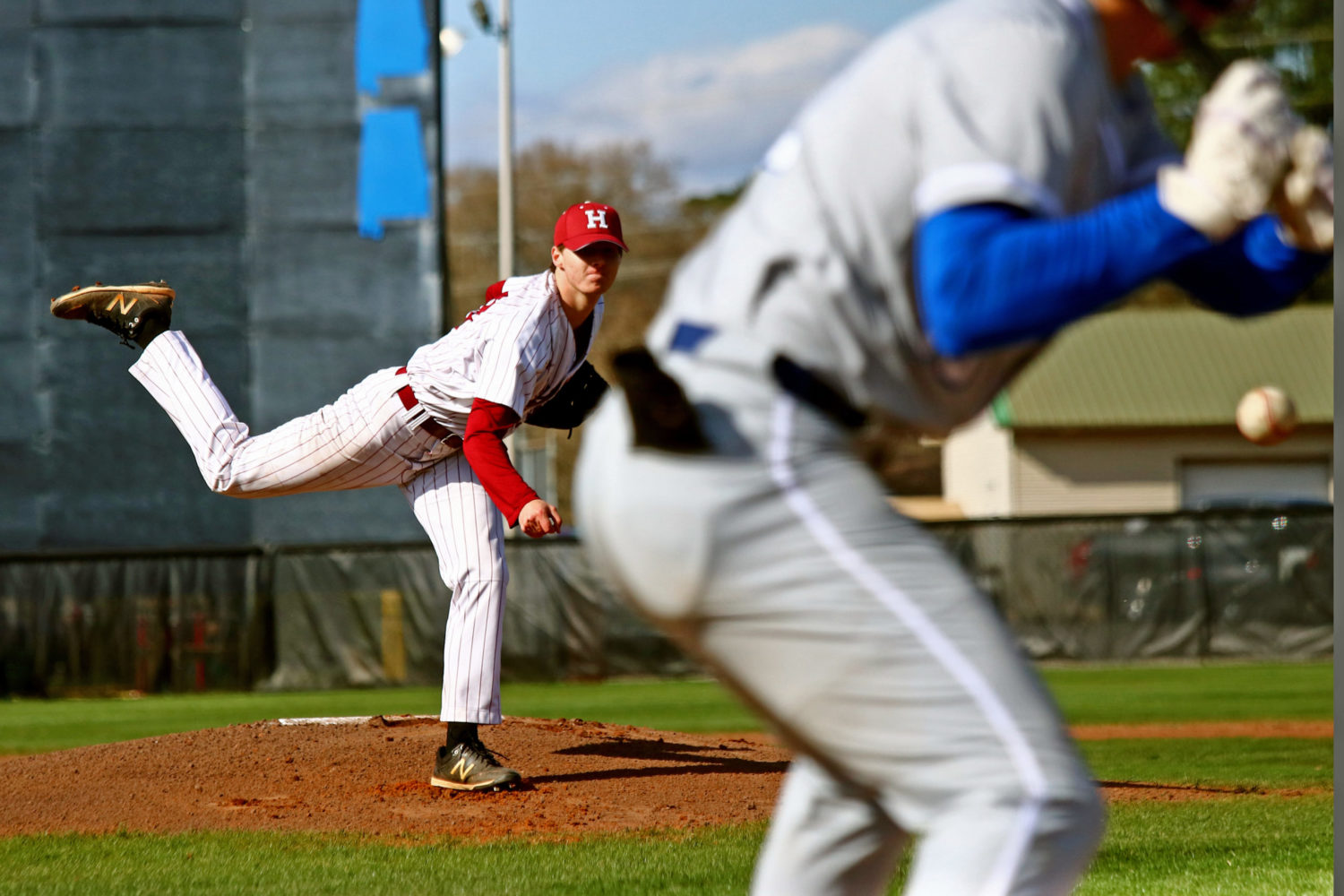 Class 6A No. 1 Hartselle welcomed Class 7A No. 1 Auburn for a Friday doubleheader between the top two teams in the state of Alabama.

Since the preseason, the teams have been ranked No. 1 and No. 2 by PBR Alabama in their overall state rankings. The two-game series lived up to the hype, as the teams battled for two games.

Caleb Pittman started the game for Hartselle and dominated the first four innings. The Auburn University signee struck out nine Auburn batters and held them hitless.

Auburn chased Pittman in the fifth, scoring four runs on three hits, two walks and a passed ball. Pittman struck out two more batters to finish with 11 strikeouts before exiting.

Hartselle avoided the shutout in the seventh when Brodie Morrow drove home Peyton Steele to make the final score 6-1.

Eli Tidwell, Steele, Coleman Mizell, Morrow and Elliott Bray each had a hit for the Tigers. Mizell had Hartselle’s only extra-base hit with a double.

Hartselle battled from behind to pick up the series split with a 5-4 win in game two of the doubleheader.

The Tigers got on the board in the bottom of the first when Tidwell, who walked, stole second, went to third on JoJo Williamson’s groundout and scored on Steele’s sacrifice fly to left.

Bray got the start in game two and cruised through the first three innings, allowing two walks.

The Hartselle Tigers began their comeback in the bottom of the sixth, as Williamson walked with one out. Steele then singled, and Mizell followed with a walk to load the bases and chase the Auburn starting pitcher.

Morrow drew a walk to force home Williamson and make the score 4-2. Steele and Mizell scored on consecutive passed balls to tie the game at 4-4.

Isaac Nicholson entered the game in relief of Bray and pitched a scoreless seventh to give Hartselle a chance to win in the bottom of the seventh.

Catcher Cam Palahach started the seventh inning with a single to left field.

Ben Griffin entered the game as a pinch-runner and advanced to second on Cade Miles’ sacrifice bunt. Griffin went to third on Tidwell’s groundout. Williamson then walked to give Hartselle runners at the corners.

Griffin scored the winning run on an error by Auburn’s first baseman.

Bray allowed four runs on four hits while striking out six in six innings. Nicholson earned the win with a scoreless seventh.

Palahach had two of the Tigers’ three hits, while Steele had the other one. Tidwell and Williamson each had two walks and a run scored for the Tigers.