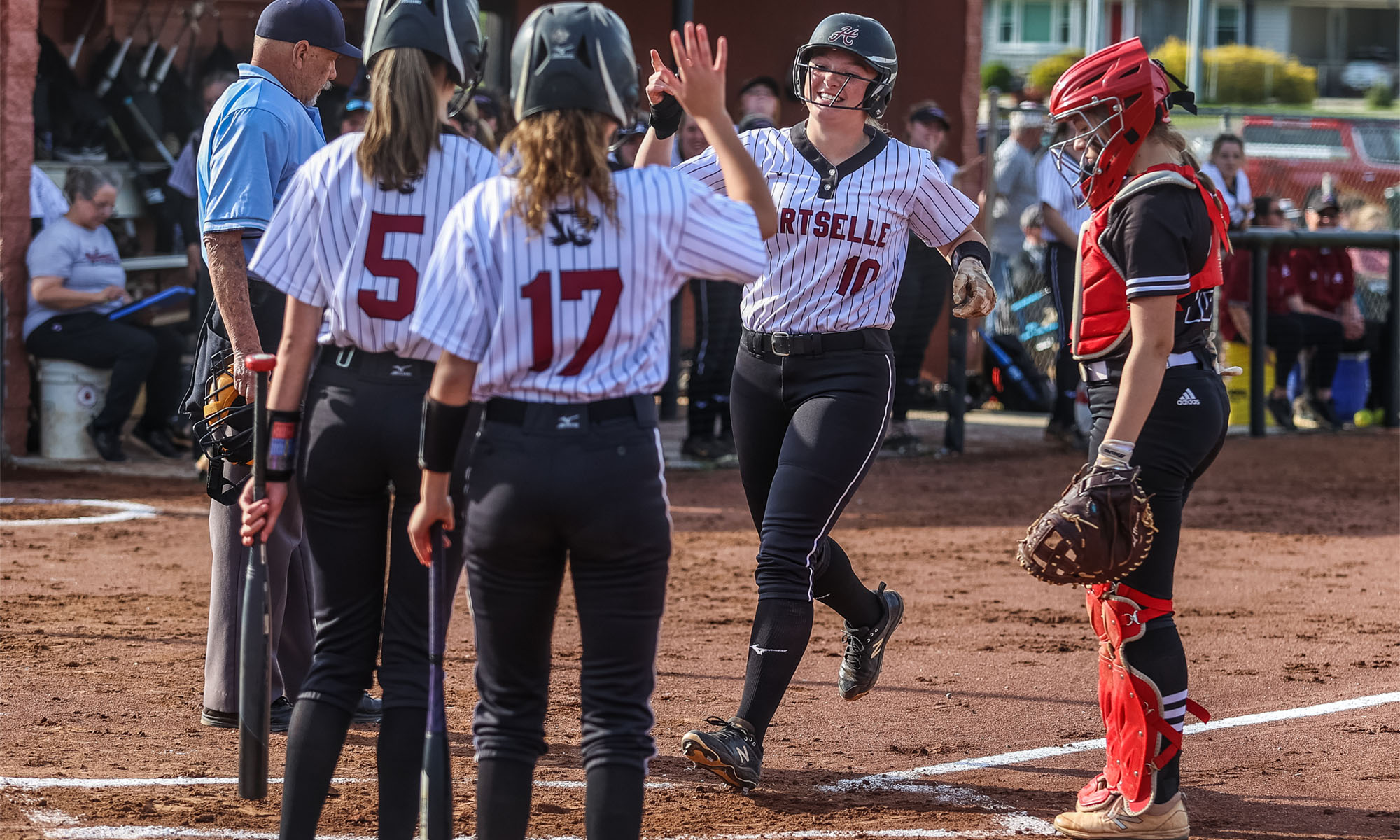 Hartselle softball bounced back from the loss of their head coach to sweep Cullman and Muscle Shoals last week to win a share of the 6A Area 14 regular-season title.

In their first game without their head coach, the Lady Tigers rallied from a 4-1 deficit to defeat Cullman 7-5 in eight innings. Hartselle jumped out front 1-0 with a run in the second, but Cullman took the lead with two in the third and extended it with two more in the fifth. Hartselle bounced back with two in the sixth and two in the seventh to retake the lead 5-4. Cullman tied it with one in the bottom of the seventh. The Lady Tigers scored two in the eighth for a 7-5 lead and held off the Lady Bearcats in the bottom of the eighth for the win. Jada Henderson and Karsi Lentz each had two hits. Henderson had a home run, while Lentz, Larissa Preuitt, and Lillyanna Cartee each finished with two RBIs. Lentz picked up the win in relief after allowing three runs on four hits in 5.2 innings.

Henderson and Lentz powered the Lady Tigers to a 7-3 victory over Muscle Shoals and got some revenge following the 9-1 loss the Lady Trojans handed to Hartselle two weeks ago. Henderson went 2-for-3 with a home run, a double, and four RBIs, while Lentz was 1-for-3 with a home run and two RBIs. Kaelyn Jones had two hits and scored three runs for the Lady Tigers. Lentz picked up her second win of the week, pitching 3.2 innings in relief of start Zoey Crawford. Lentz allowed one run on four hits.