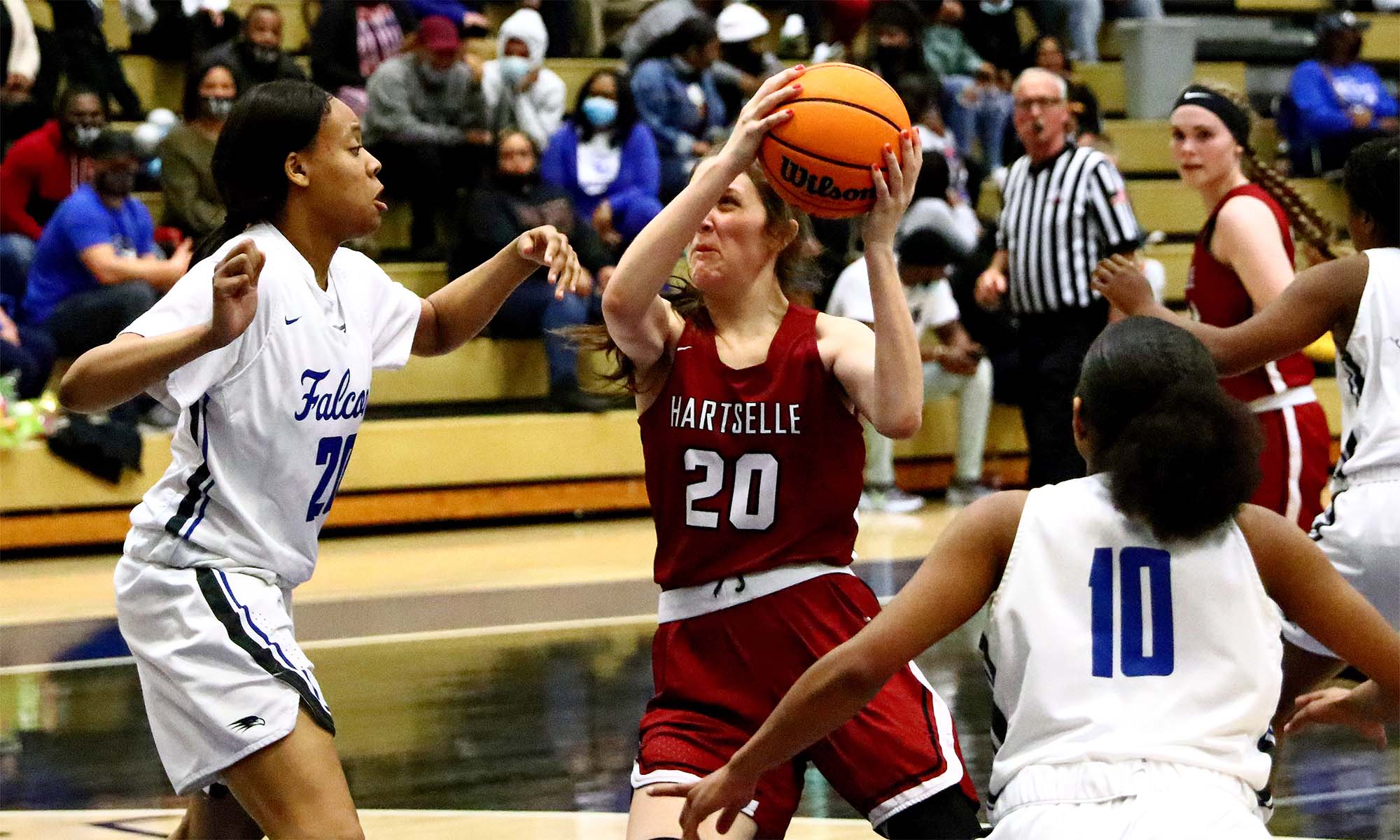 The game’s story was the Lady Tigers’ defense, who held the Lady Falcons to six points or less in three of the four quarters.

Hartselle opened the game on a 13-2 run as they got points from Masyn Marchbanks, Lillyanna Cartee, and Hailey Holshouser. The teams swapped baskets to close out the first quarter, with the Lady Tigers leading 17-6.

Holshouser hit a three-point to give the Lady Tigers a 21-6 lead less than two minutes into the second quarter. Florence scored six of the next eight points to cut the Hartselle lead to 23-12. Karleigh Shipley and Gracie Hill scored the Lady Tigers’ final eight points of the quarter to help extend the lead to 31-19 going to the half.

The Lady Tigers came out of the halftime break and completely dominated the Lady Falcons in the third quarter. Hartselle opened the quarter with a 10-3 run that included three-pointers from Marchbanks and Maggie McCleskey. Following a Florence timeout with 5:23 left in the third, the Lady Tigers reeled off 10 straight points to build their lead to 51-22. The Lady Falcons scored the quarter’s final points to make the score 51-24 going to the fourth quarter.

Marchbanks and Alyssa McMinemon combined for six straight points to open the fourth quarter and push the lead to 57-24. Following a Lady Falcons three-pointer, Shipley and Hill combined for Hartselle’s final seven points to complete the 64-29 rout.

Halle Koger and McKayla Liner each finished with eight points to lead Florence (6-19).