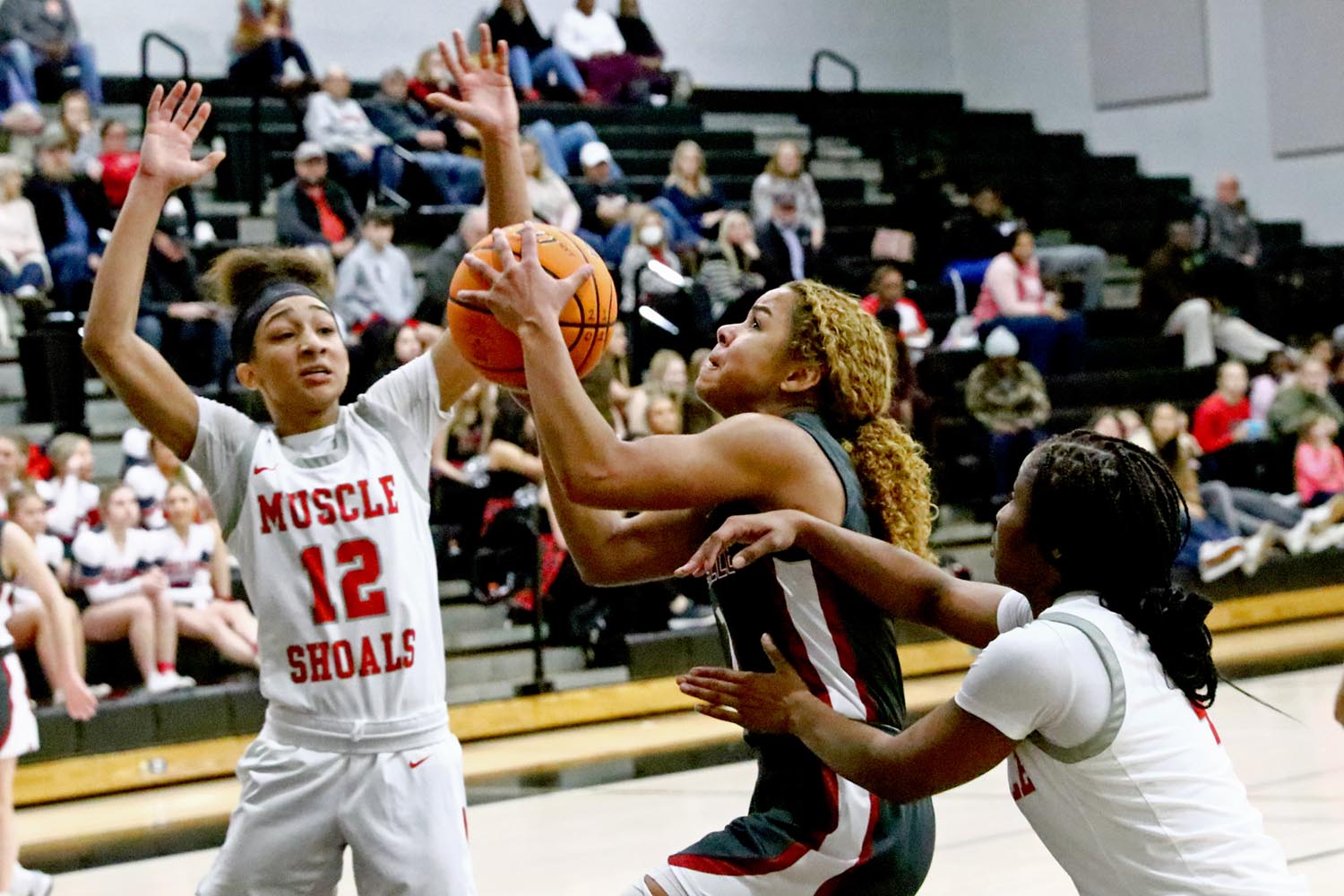 Hartselle improved to 16-6 and 3-0 in area play following their 54-24 win on the road at Muscle Shoals last Tuesday. The Lady Tigers never trailed in the 20-point victory.

Gracie Hill hit two three-pointers and finished with seven points in the first quarter as the Lady Tigers jumped out to a 16-4 lead. Hartselle opened the game with a 10-1 run with points from five different players.

The Lady Tigers extended their lead to 30-17 at halftime after outscoring the Lady Trojans 14-13 in the second quarter. Masyn Marchbanks scored ten points to lead Hartselle.

Marchbanks scored eight of the Lady Tigers’ ten points in the third quarter as their lead grew to 40-25, heading into the fourth quarter.

Hartselle finished the victory by outscoring Muscle Shoals 14-9 in the fourth. Marchbanks finished with nine points in the quarter, while Alyssa McMinimon added three.