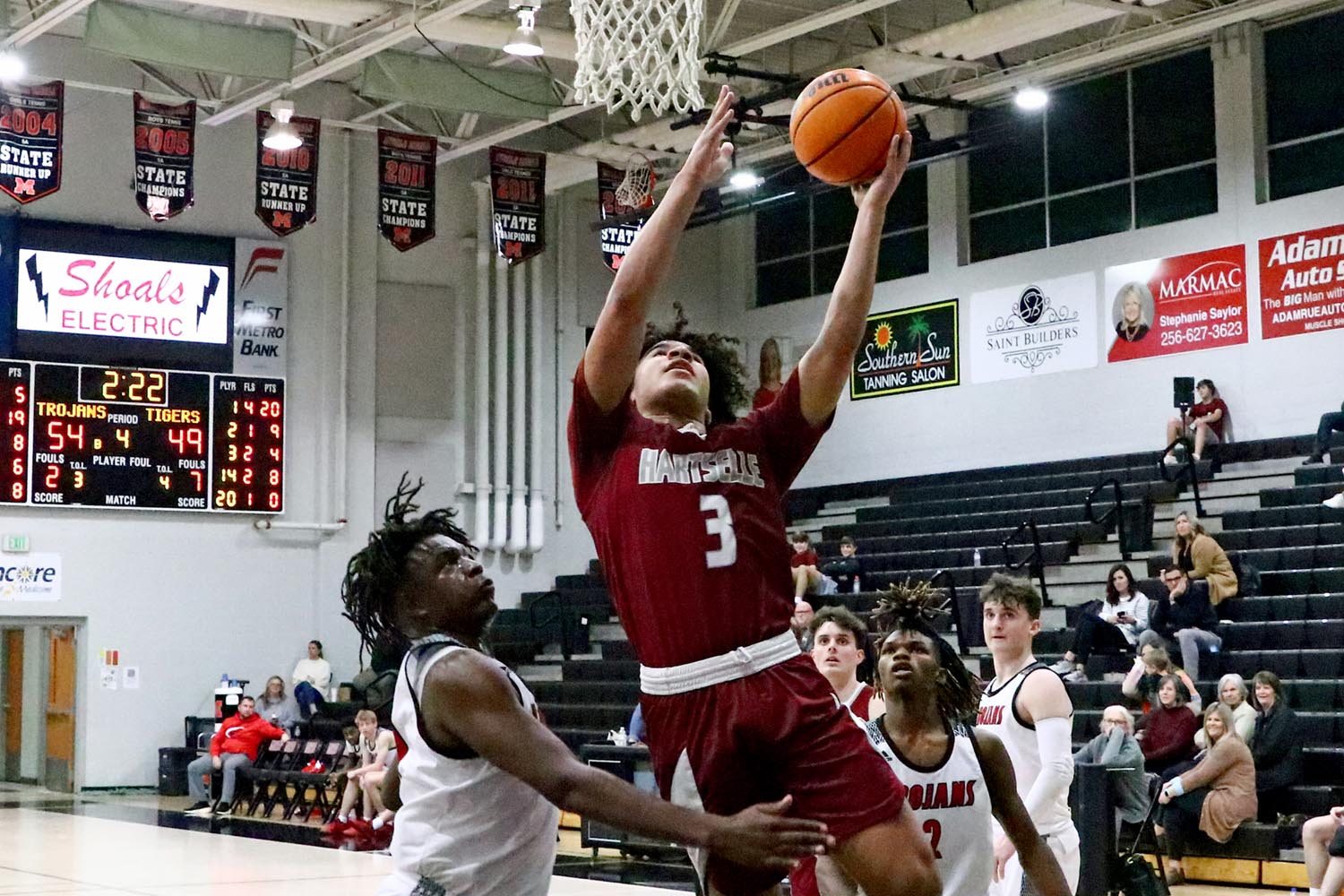 The Tigers suffered a heart-breaking 61-58 loss on the road at Muscle Shoals last Tuesday when Noah Williams hit a 35-foot three-pointer as the buzzer sounded.

Williams opened the game with a three-pointer for the Trojans that was followed by a Kiah Key three-pointer to tie the game. Muscle Shoals used a 6-0 run to build a 9-3 lead. The Tigers responded with a 6-2 run to close the quarter and cut the Trojans lead to 11-9 heading into the second quarter. Treyce Oden had four points to lead Hartselle.

In the second quarter, the Tigers outscored Muscle Shoals 17-15 to tie the game at 26-26, heading into halftime. Kiah Key led five players in the scoring column with six points. His brother, Kohl, finished with five in the quarter.

The Trojans took a 38-37 lead into the fourth quarter, following a back-and-forth third quarter. Neither team could score more than four points in a row in the quarter.

The teams combined for 44 points in the high-scoring fourth quarter. Ryan Dunn led the Tigers with eight points in the quarter, including a game-tying layup with less than a minute remaining. With the score tied at 58-58, the Trojans took their final timeout with ten seconds remaining. They inbounded from the far sideline, and as time ticked off the clock, Donta Pritchard passed the ball to Williams, who launched the 35-foot game-winner over the outstretched arm of Kiah Key as time expired.