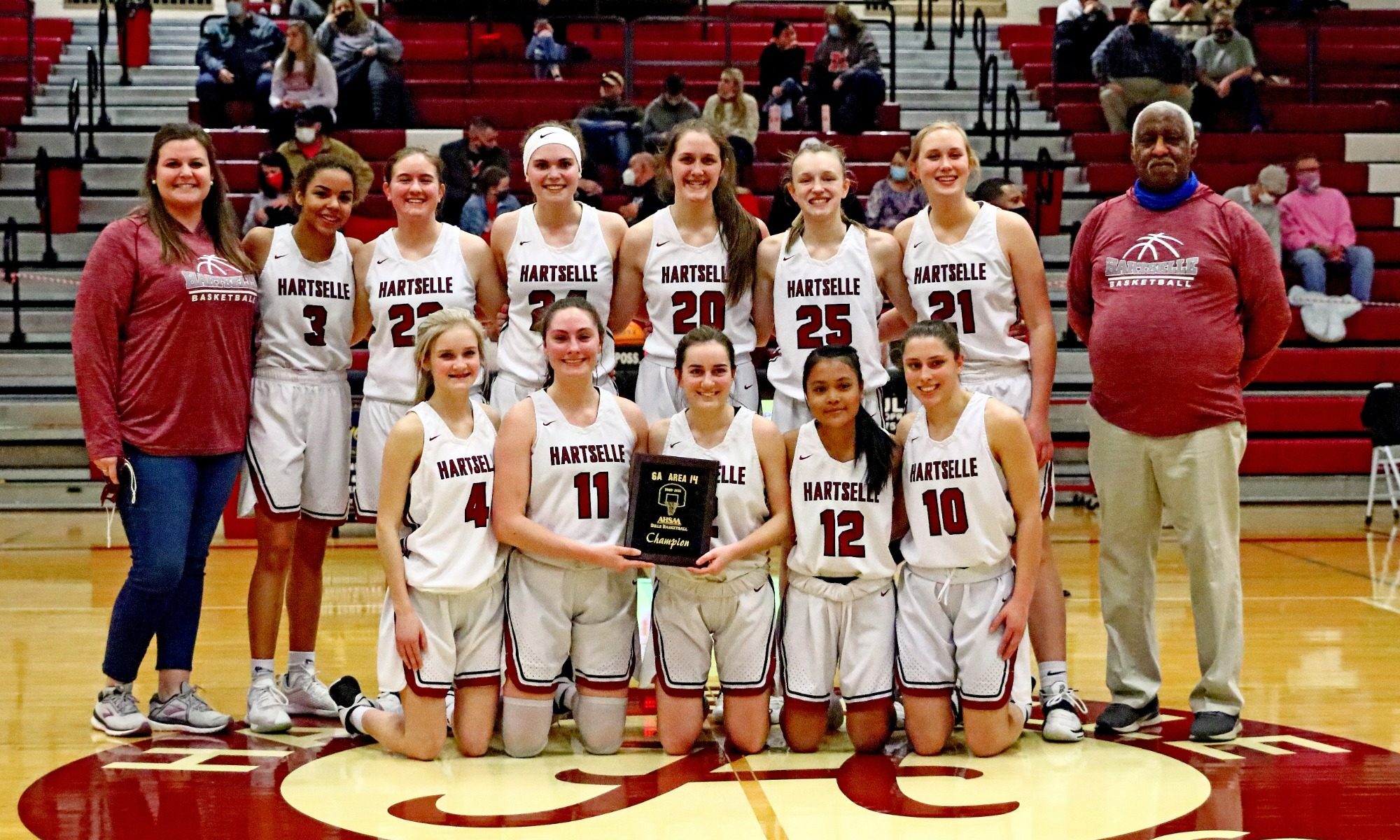 Hartselle and Muscle Shoals met for the third time this season with the 6A Area 14 tournament championship on the line this time.

The last time the teams met, Muscle Shoals jumped out to a 17-1 first-quarter lead. But it was the Lady Tigers who dominated the final three quarters and pulled out a 48-45 win.

Lillyanna Cartee scored the game’s first three points and helped start an 11-3 run. After a Lady Trojan three-point play, Maggie McCleskey knocked down two three-pointers, and Masyn Marchbanks hit two free throws to finish the run. Sara Puckett, a University of Tennessee Lady Vol signee, hit a three-pointer to start a Muscle Shoals 6-0 run to cut the lead to 11-9. Marchbanks scored four straight to give the Lady Tigers a 15-9 lead heading to the second quarter.

The Lady Trojans cut the Hartselle lead to four after outscoring the Lady Tigers 6-4 to open the second quarter. Muscle Shoals went on an 8-0 behind five points from Puckett to take their first lead of the game at 23-19. Marchbanks ended the Lady Trojans run with five consecutive points to help the Hartselle retake the lead at 24-23. A Muscle Shoals free throw tied the game at 24-24 going to halftime.

The Lady Trojans jumped out to a 29-24 lead to start the third quarter. Hartselle’s McCleskey and Hailey Holshouser hit back-to-back three-pointers to give the Lady Tigers a 30-29 lead. The teams traded baskets the next couple of minutes, leaving Hartselle with a 35-34 lead. A Marchbanks three-point play extended the Lady Tigers’ lead to 38-34. The Lady Trojans hit two free throws and hit a layup to tie the game at 38-38 to end the third quarter.

The Lady Tigers scored six of the first eight points to start the fourth quarter to take a 44-40 lead. Muscle Shoals went on a 5-2 run to cut the Hartselle lead to 46-45. Marchbanks completed a three-point play to extend the lead to four at 49-45. Puckett scored four of the game’s next six points to cut the Lady Tigers’ lead to 51-49 with 38 seconds left. Alyssa McMinemon scored four straight to go along with two free throws from Marchbanks to close out the game and give the Lady Tigers a 57-51 victory and the area tournament championship.