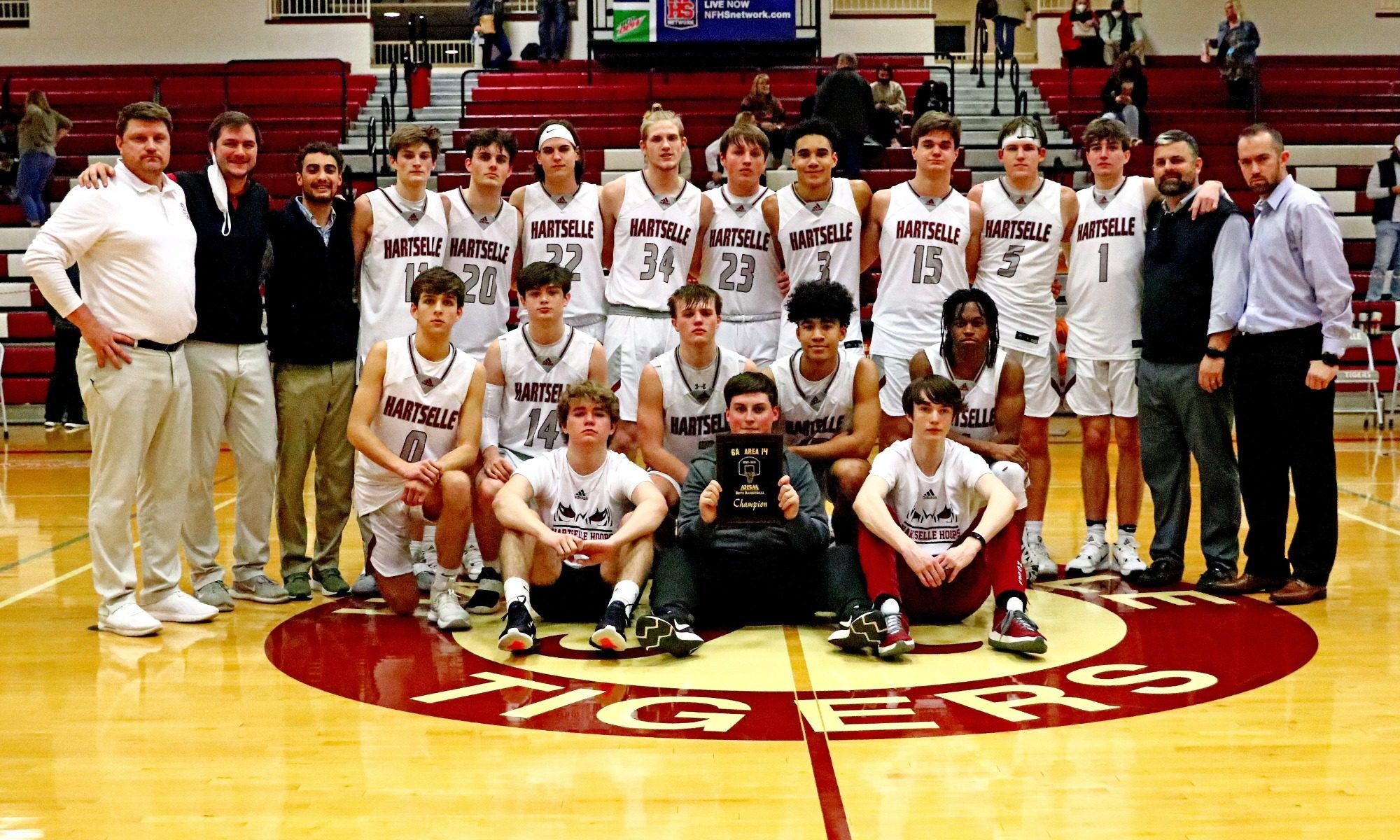 Hartselle used a 15-2 run in the third and fourth quarters to break open a tight ballgame and pull away for a 64-48 win over Muscle Shoals. The win gave the Tigers a three-peat as area tournament champions.

The teams traded baskets to start the game, with Muscle Shoals taking an early 6-4 lead. Brody Peebles and Ryan Dunn hit back-to-back three-pointers to start an 11-2 run to take a 15-8 lead. The Trojans hit a free throw and a basket in the paint to cut the lead to 15-11 at the end of the first quarter.

The teams traded baskets to start the third quarter. While the Tigers were scoring two-point baskets, Muscle Shoals knocked down three three-pointers to tie the game at 28-28. Luke Ward knocked down a layup that started a 12-2 run to close the quarter and give the Tigers a 40-30 lead. Peebles, Kiah Key, Trent Wright, and Dunn also scored for Hartselle to help them break the game. The final two points of the quarter scored by Peebles gave him his 3,000th career point.

The Tigers extended their lead to 43-30 following a Ward three-point play to start the fourth quarter. The Trojans answered with an 8-5 run to cut the lead back to ten at 48-38. The Tigers responded with an 11-3 run, scoring 10 of the points in the paint. Following the run, the lead was extended to 59-41. The teams traded baskets to close out the game, with the Tigers getting the 64-48 win.

“I am really proud of our effort in the second half,” said Key. “After making some adjustments at the half, we came out and began to pull away in the third and put the game away in the fourth.”

Hartselle will host Pinson Valley, who lost 53-50 to Clay Chalkville, Tuesday at 6:30 pm. Muscle Shoals will travel to Clay-Chalkville.

“We have a tough game ahead of us on Tuesday night,” said Key. “They are a really talented team who has some championship game experience. It will be a lot of fun and we can’t wait to play.”