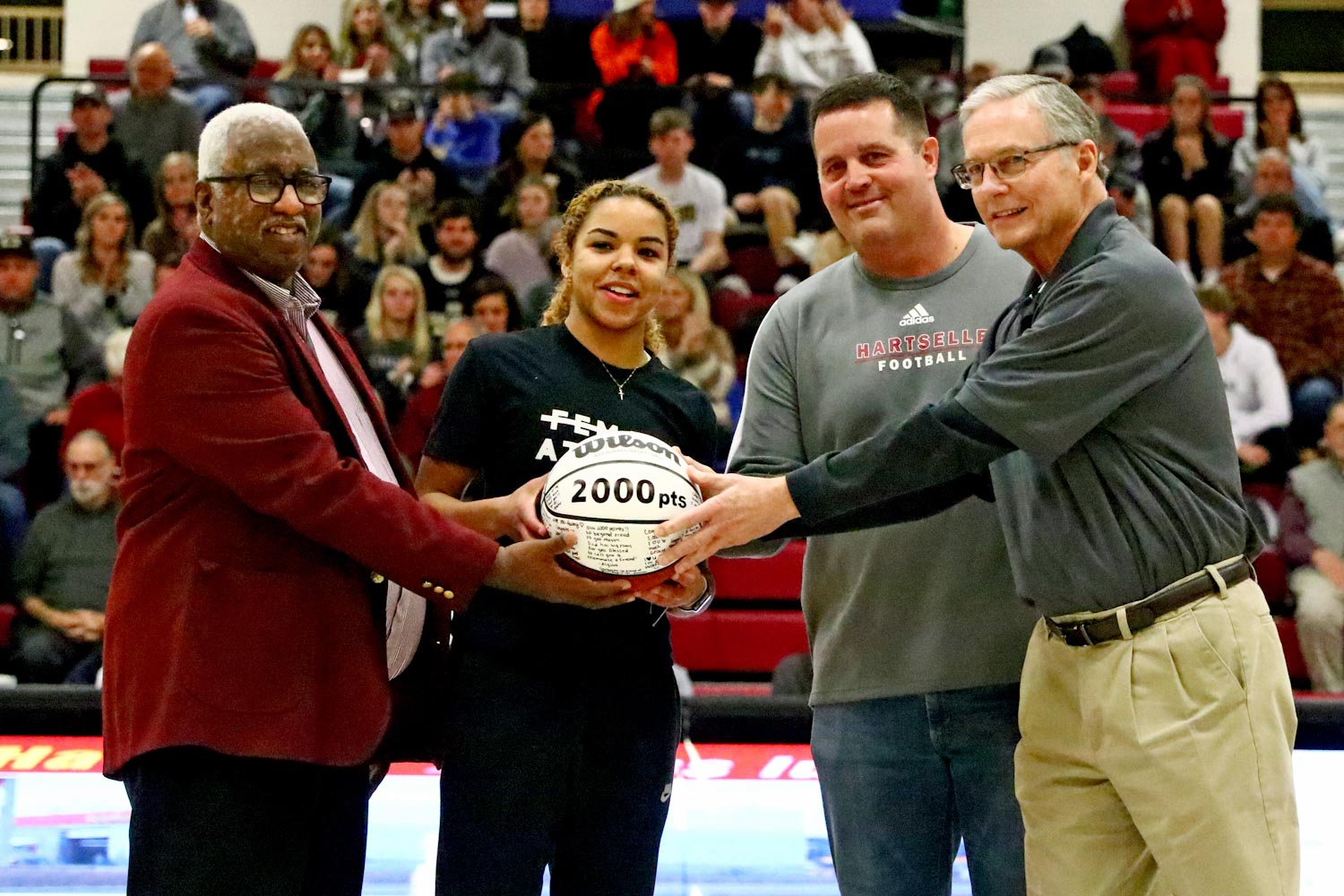 Masyn Marchbanks scored her 2,000th career point in the second quarter of the Lady Tigers’ 73-57 win over Cullman this past Saturday. Marchbanks entered the game needing 19 points to reach the milestone.

Marchbanks opened the game with a 6-0 run before Cullman got on the scoreboard with an Ava McSwain three-pointer. The Lady Tigers went on another 6-0 run to extend their lead to 12-3.

Cullman outscored Hartselle 7-4 to cut the lead to 16-10 at the end of the first quarter.

Marchbanks, who entered the second quarter with 12 points, needed seven points to reach 2,000. She drew closer by making two jump shots, leaving her three points shy of the milestone.

The excitement in the gym grew with each passing point. With the Lady Tigers leading 32-23, Marchbanks pulled up at the top of the key just outside the three-point line and drained a three-pointer to reach 2,000 points for her career.

“I’m grateful I have been given the talents to reach the 2,000-point mark, but I could not have done it without God and great teammates,” said Marchbanks. “I’ve scored a lot of points, but I hope I have impacted a lot of lives during my time here, as well.”

Hartselle outscored the Lady Bearcats 11-3 to close the first half and take a 43-26 lead.

The Lady Tigers hit two three-pointers to open the third quarter and extend their lead to 49-26 – the largest of the game. Cullman’s McSwain responded with 10 straight points to cut the Hartselle lead to 49-36.

The Lady Bearcats added three more to cut the lead to 10.

The Lady Tigers outscored Cullman 7-3 to close the third quarter and push their lead to 56-42.

The Lady Bearcats opened the fourth quarter with a 5-3 run to cut the lead to 59-47; however, the Hartselle girls responded with a 12-3 burst to extend their lead to 71-50.

Marchbanks had six points, and Gracie Hill added three points, in the run.

Marchbanks joins Moriah Taylor as Lady Tigers who have eclipsed the 2,000-point mark in the past three years. Taylor finished her career with 2,195 points in 2019 before moving on to Georgia State. Marchbanks now has 2,014 career points.