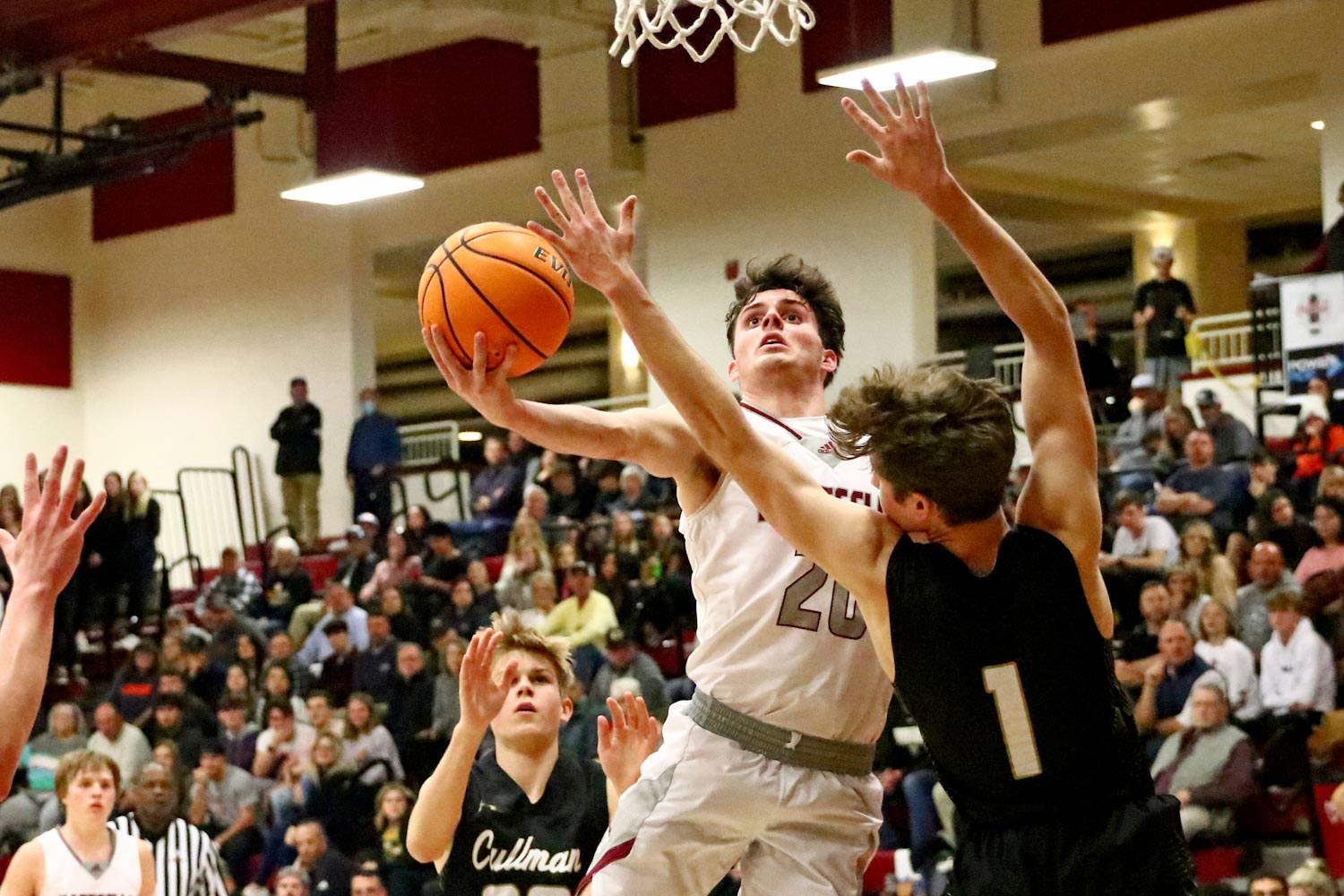 Hartselle used a strong third quarter to go from one point down at halftime to a 51-39 lead heading into the fourth on the way to a 67-60 win over 6A No. 6 Cullman.

“Tonight’s win is step one in trying to win the area this year,” said Hartselle Coach Faron Key.

“Our difficult schedule has helped to toughen this group of guys, and I am proud of how they responded tonight because of what they have learned this season.”

Both teams were scoreless for almost two minutes to start the game before Dominic Simmons scored on a layup to put the Tigers on the board.

Hartselle’s defense forced Cullman into four turnovers to start the game. The Bearcats finally got on the board with a three-point play from Tucker Cagle.

After a Ryan Dunn basket for Hartselle, Cullman’s Garrison Sharp hit a three-pointer to give the Bearcats a 6-4 lead.

The Tigers answered with a 7-3 run to grab an 11-9 lead late in the first quarter, but Cullman responded with a 6-0 run to take a 15-11 lead into the second quarter.

Hartselle’s Kohl Key hit back-to-back three-pointers to open the second quarter, helping the Tigers go from being down four to being up two, 17-15.

The Bearcats closed the quarter on a 6-4 run to take a 34-33 lead into halftime.

Kiah and Kohl Key combined for six points to start the third quarter and give Hartselle a 39-34 lead. After a Cullman three-pointer, the Tigers reeled off five straight points to extend their lead to 44-37.

Following a Bearcat basket that cut the lead to 44-39, Hartselle closed the quarter with a 7-0 run and a 51-39 lead. The 12-point difference was the largest of the game.

“I have a really good coaching staff that made some great adjustments heading into the third quarter,” Key said. “Their adjustments during the break, and then our guys making the adjustments work, helped turn this game around in the third.”

Itsede pushed the lead to five, 59-54 before Cullman’s Sharp hit a three-pointer to make the score 59-57.

The Tigers hit six straight free throws to extend the lead to 65-57.

“Beating Cullman is a good win for us,” said Kiah Key. “We didn’t shoot the ball well but did the little things to help us get the win.”

Kohl Key finished with 13 points. Ward added 11 points, three assists, a steal, and a block, while Itsede had 10 points, six rebounds, two assists, and a steal.

“We have seven guys right now that I feel could start for us,” added the coach – one of those being Treyce Oden, who is playing winning basketball right now. Oden finished with eight rebounds and a point.

Dunn and Simmons finished with five points each.

“Our boys have faced a challenging schedule, and despite the early losses, this team has continued to play and not quit,” said Key. “They have turned things around and are playing really good right now.”