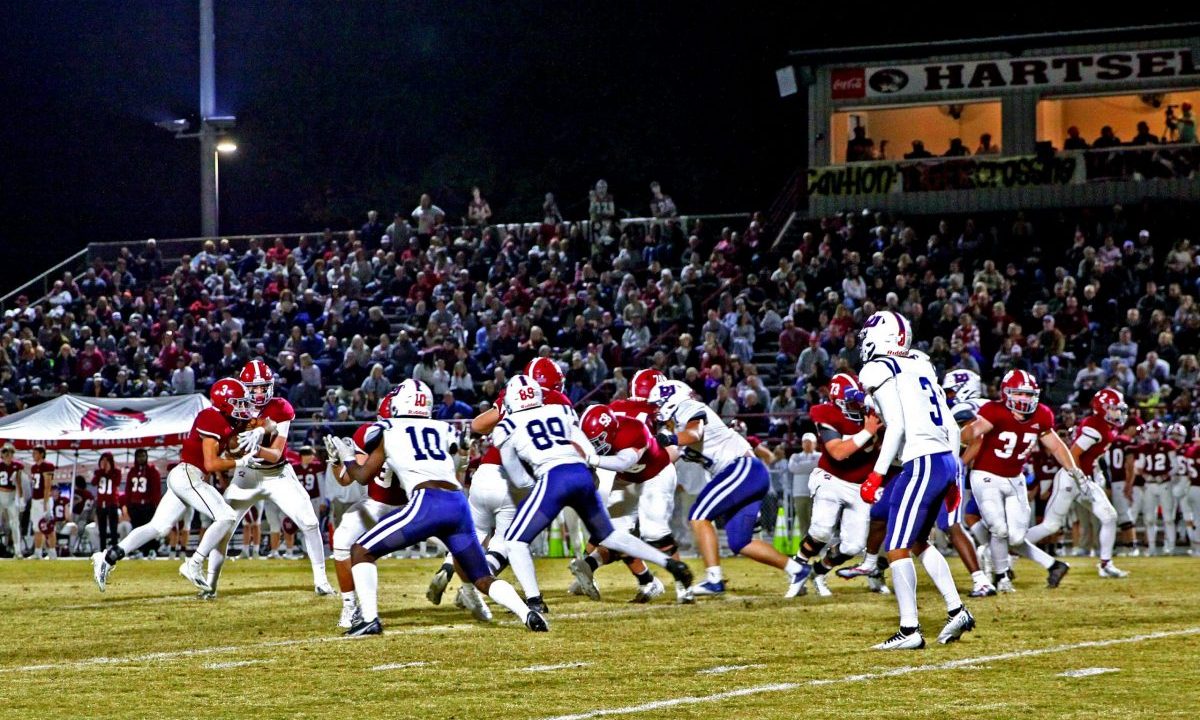 Hartselle battles Bob Jones in the final game of the 2022 regular season. Photo by Jim Meadows.

Eight of the nine schools have made the AHSAA state playoffs for the first time in Morgan County history.

Hartselle
6A No. 5 Hartselle (10-0) leads the way with their fifth consecutive appearance and 19th overall since 2000. The Tigers will open the playoffs with former region foe Buckhorn (3-7).

Hartselle has advanced to the second round 20 times and made it to the third round or further three times, including their state championship season in 2011 and championship game appearances in 1980 and 1981.