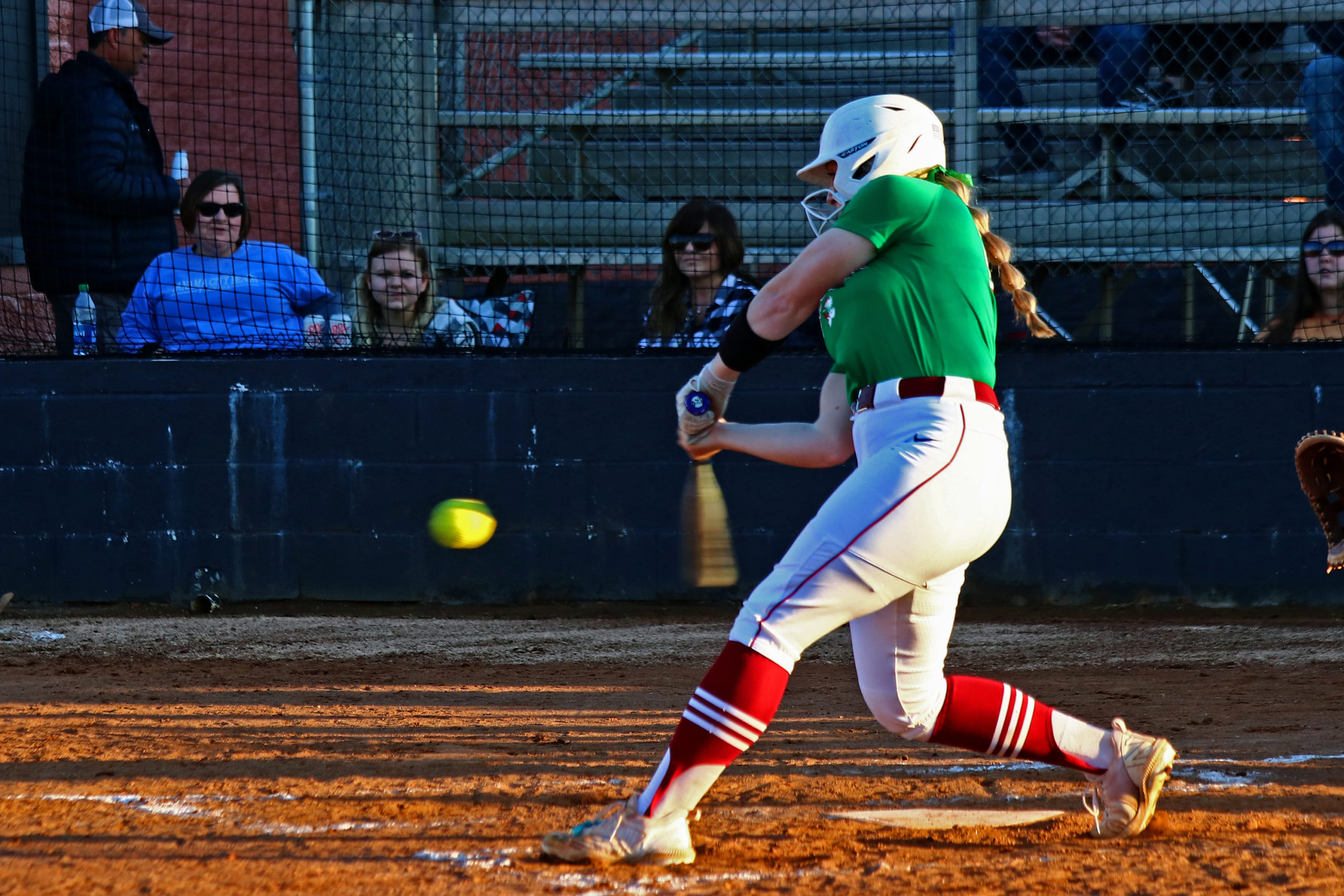 The Lady Tigers welcomed back Coach Christopher Reeves, who missed the previous three games following the birth of his first child, with an 11-1 win over Muscle Shoals in area play this past Thursday. Hartselle also celebrated St. Patrick’s Day by taking the field in green jerseys.

The Lady Tigers took a 1-0 lead in the top of the first when Larissa Preuitt walked and then stole second. She scored on Karsi Lentz’s single.

Hartselle busted the game open in the third inning with three extra-base hits, a walk, and a sac fly. Katie Gillott tripled to left and then scored on Preuitt’s sac fly to center. Kaelyn Jones doubled to right, and then Lentz was intentionally walked to put runners on first and second.

Blayne Godfrey followed with a three-run homer to center field to put the Lady Tigers up 5-0.

The Trojans cut the lead to 5-1 in the top of the fifth with a double and an error on a fly ball that plated a run.

Lentz led off the bottom of the fifth with her 12th home run to make the score 6-1. Then, Mary Elizabeth Booth’s double plated Savannah Barber to make it 7-1.

Emily Hall followed with a single that drove home Brantley Drake and Booth for a 9-1 lead. Preuitt ended the game with a two-run homer to right-center that plated Hall.

After pitching a complete game, Godfrey picked up her 12th win of the season. She went five innings, allowing one run on six hits while striking out 12 batters.