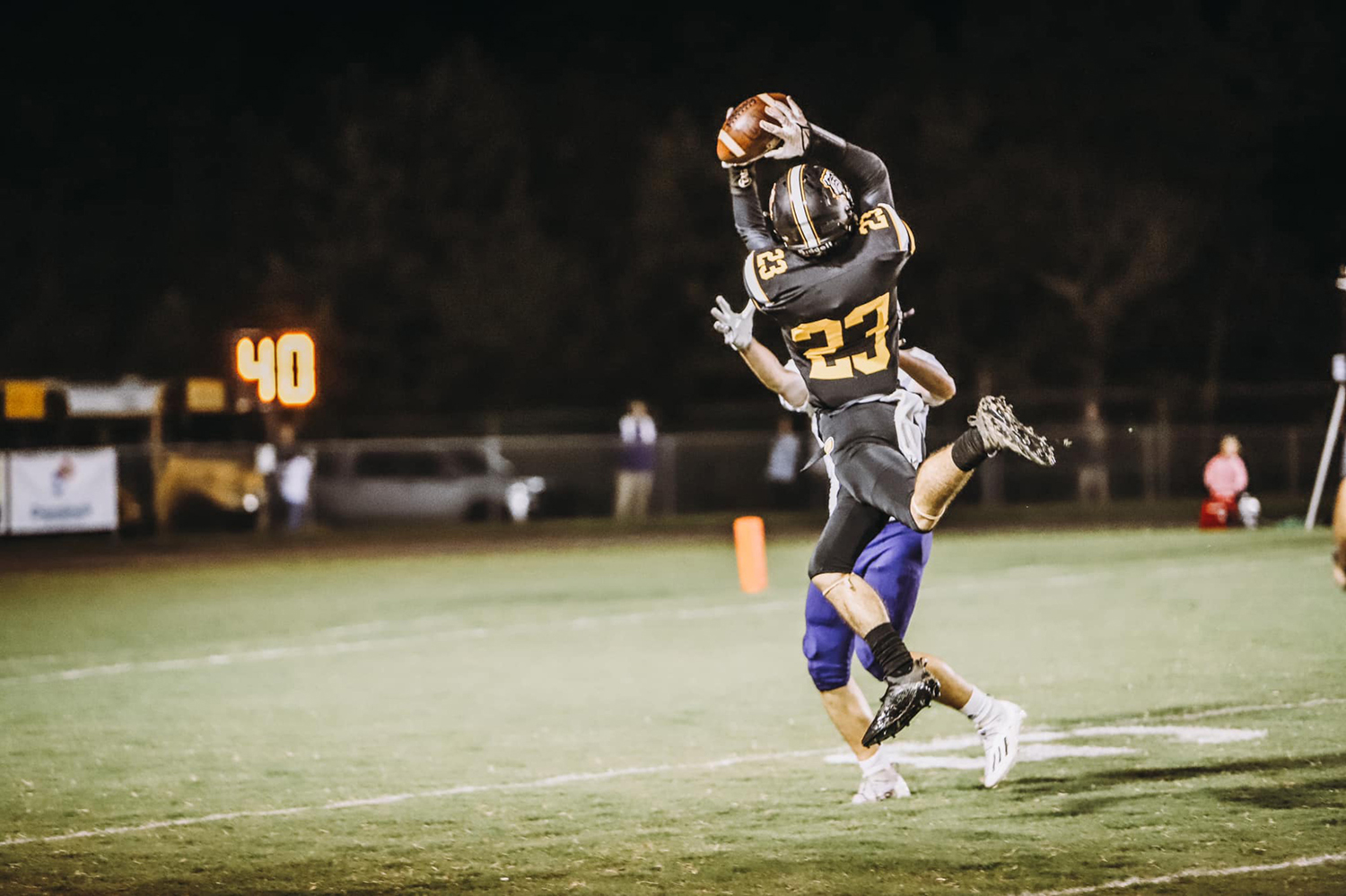 Friday the Priceville Bulldogs overcame a slow start in their 35-12 win over county rival Danville.

Danville opened the game with a 13-play, 66-yard drive that ended in a touchdown to give the Hawks a 6-0 lead with 5:34 remaining in the first quarter. Gage Taylor connected with Kohl Randolph for a nine-yard touchdown pass for the score.

The Bulldogs answered with a would-be scoring drive before a holding call took a Mason Cartee scoring run off the board. Then, after a 10-yard sack by Danville’s Avery Muhammad, Priceville was forced to punt.

Both teams combined for 27 points in the final five minutes of the first half, with Priceville scoring 21 and Danville nabbing six.

The Bulldogs took their first lead with 4:39 remaining in the first half when Tristan Holmes recovered a Danville fumble and rumbled 17 yards for the touchdown, giving them a 7-6 lead.

Danville answered back when Taylor and Randolph connected for their second touchdown of the game, this time from 42 yards out.

Cartee gave Priceville the lead for good on the ensuing kickoff when he scored on an 84-yard return with 2:17 remaining in the first, making the score 14-12.

After forcing a Hawks’ three-and-out, Priceville added a dagger to Danville’s hopes. Jackson Prickett lofted a pass toward the endzone that William Baker went up and caught over a Hawk defender for a 23-yard touchdown with less than 30 seconds to go in the first half.

The touchdown gave the Bulldogs a 21-12 halftime lead.

Cartee added his second touchdown in the third quarter on an 8-yard run to extend the lead to 28-12. Kekey Fletcher capped the scoring with a 10-yard run in the fourth for the 35-12 win.

“I felt like it was a good team win,” said Priceville Coach Chris Foster. “We had scores from each of the three phases of the game: offense, defense, and special teams.”

Cartee led the offense with 173 yards rushing and one touchdown on 24 attempts. Jaxon Thomas added 51 yards on six attempts.

Prickett finished 7 of 11 passing for 55 yards and a touchdown. Baker had two catches for 32 yards and a score.