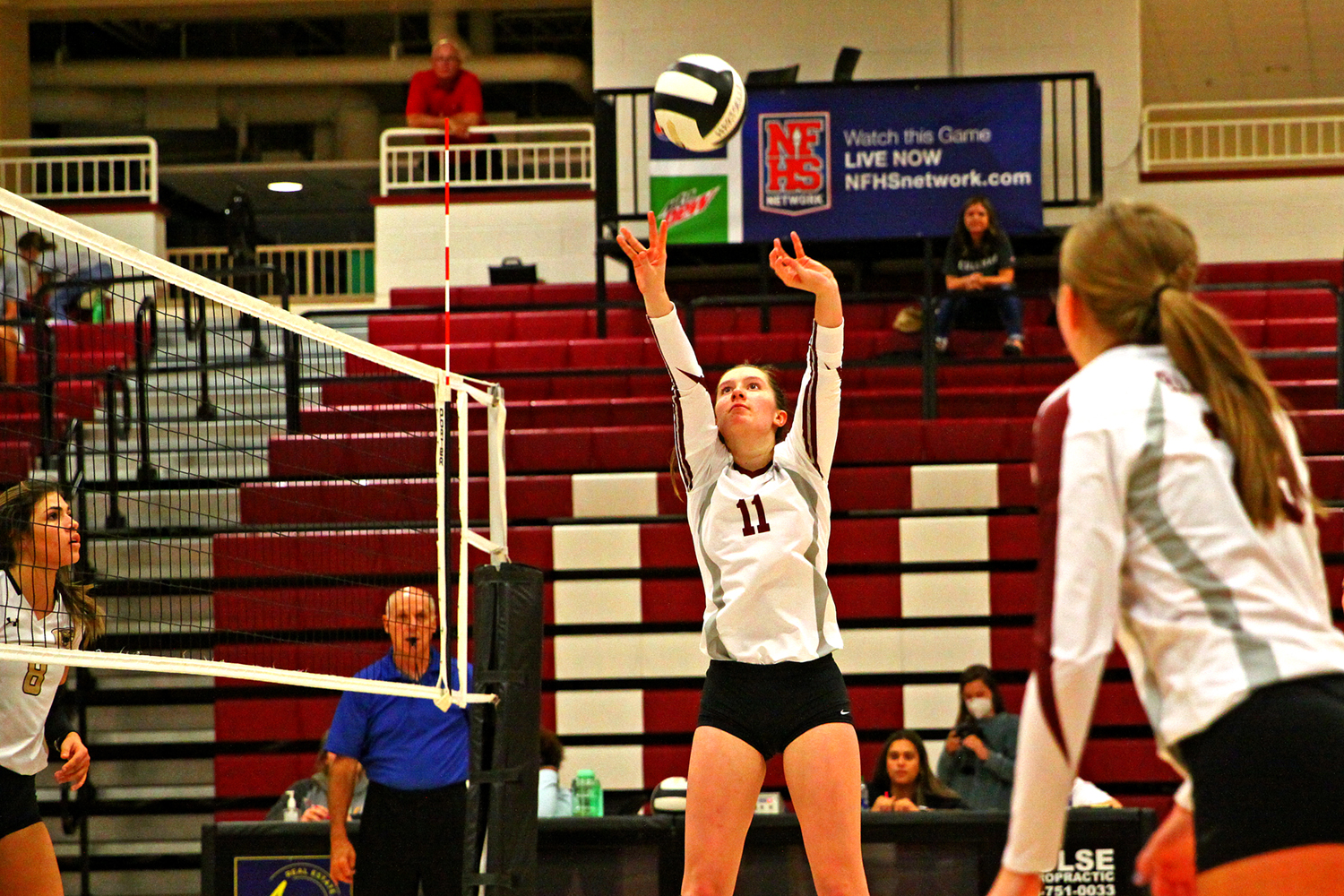 The Lady Tigers received a huge boost prior to the game as senior Grace Tapscott suited up for her first action of the season.  She was out due to an ankle injury suffered in the preseason.

“Grace saw action for the first time and it gave us a big boost,” said coach Tanya Lybarger Childers. “She gives us some senior leadership and experience that was missing while she was out.”

Megan Lee and Amber Holshouser have been the primary replacements for Tapscott in her absence.

“Amber and Megan have done a tremendous job in filling in for Grace,” said Childers. “We have had to move players around due to Covid and each time, our players have stepped up to the challenge.

Tapscott finished with 31 assists and two kills in the two matches. Jadyn Chesser added 24 kills and 12 digs. Megan Lee had 23 digs and Ashley Holshouser had 14.

Cullman came to visit Thursday night for an area match with postseason implications on the outcome. The two teams met two weeks ago in Cullman with the Lady Tigers winning 3-1.

“Winning the regular season is huge for us,” said Childers. “It gives us a home-court advantage for the area tournament.”

The Lady Tigers improved to 22-12 overall and 6-0 in area play with the victory. They will host the area tournament later in October.