Priceville passes their way to a 54-47 win at Fairview 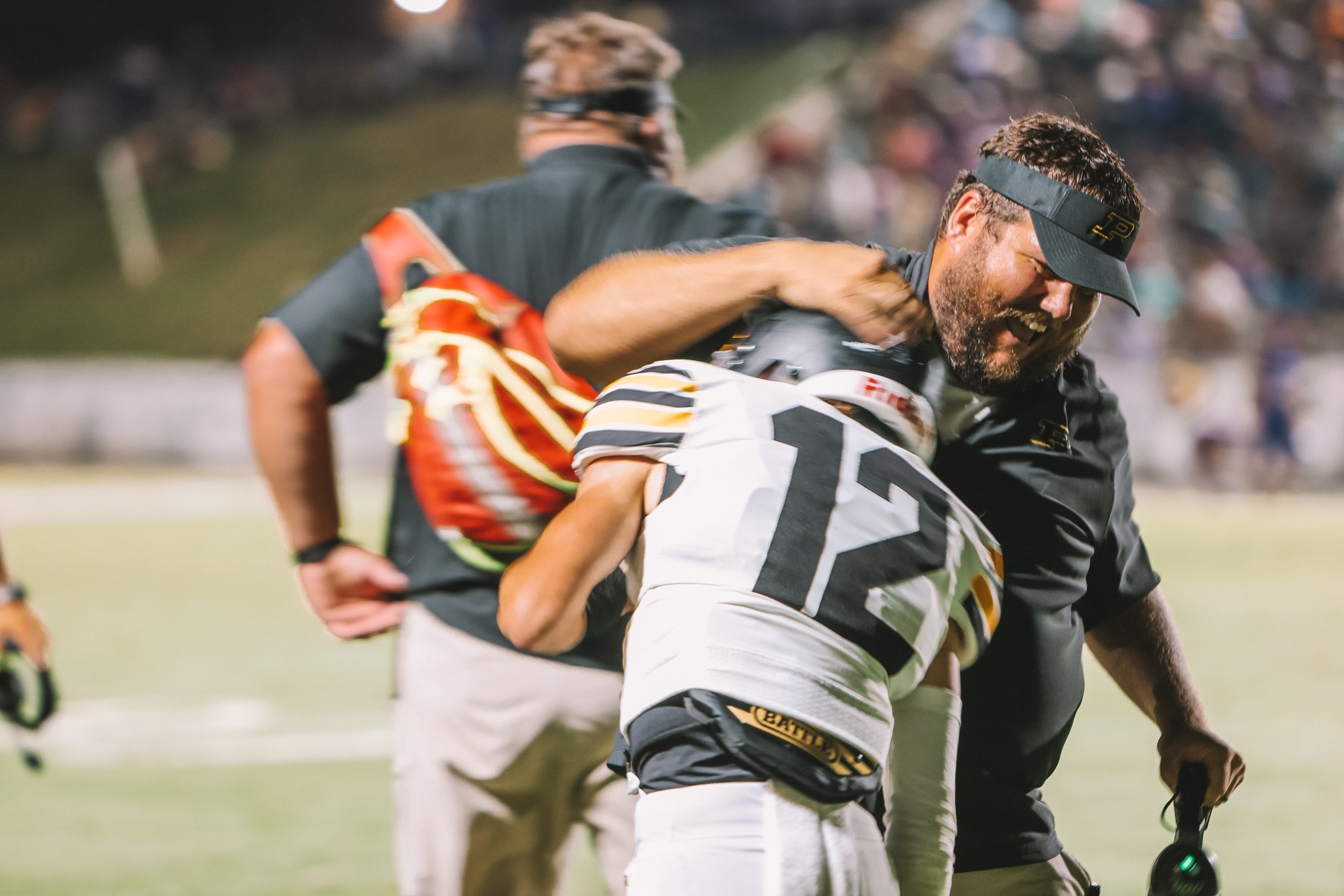 Priceville coach Chris Foster celebrates with his quarterback Jackson Prickett following his touchdown throw in the closing moments to give the Bulldogs a 54-47 win over Fairview. Special to the Enquirer/Shawna Oliver.

The Priceville Bulldogs passed their biggest test of the young season with a 54-47 win on the road at Fairview.

The Aggies, who made it to the 5A semifinals last season, entered the game coming off a 51-0 win at Columbia.

“It was a wild game,” said Priceville coach Chris Foster. ” It was like a heavyweight boxing match where each team would try to land a knockout blow, but the opponent wouldn’t quit.”

The difference in the game was the Priceville passing attack. The Bulldogs entered the game having thrown for more than 100 yards in only four of their previous 35 games under Foster.

But it was Jackson Prickett and the passing game that led the Bulldogs to the one-score victory over Fairview. Prickett finished the game 4-of-8 for 199 yards and three touchdowns.

“Jackson had a great game,” said Foster. “He put in a lot of hard work in the summer and fall camp that led to his performance tonight.”

Fairview took their final lead of the game, 47-46, with less than a minute to go.

But Prickett and his Bulldogs teammates didn’t fret, knowing they needed to drive the field for the win.

After a Fairview penalty that moved the ball to the 50-yard line, coach Foster shifted all-state running back Mason Cartee out of the backfield to a wideout position. The position change caught the Aggies’ defense by surprise, and before they could get in the proper coverage, Prickett connected with Cartee, who scored on the 50-yard touchdown pass to give the Bulldogs the lead.

“Luckily, we had 48 seconds left after the Fairview score,” said Foster. “We were able to throw our final haymaker of the game that gave us the victory.”

Cartee, who finished with 154 yards rushing and two scores on 15 carries, made his biggest play of the game through the air. He added an 80-yard run to his 50-yard reception.

The Bulldogs rushed for 333 yards and now have 629 yards through two games.
The Priceville defense bent most of the night but never broke. Jake Langlois led the team with 16 tackles and a fumble recovery. Larson Speegle had 14 tackles, while Jaylen Moseley had 11 tackles with two for loss and a forced fumble.