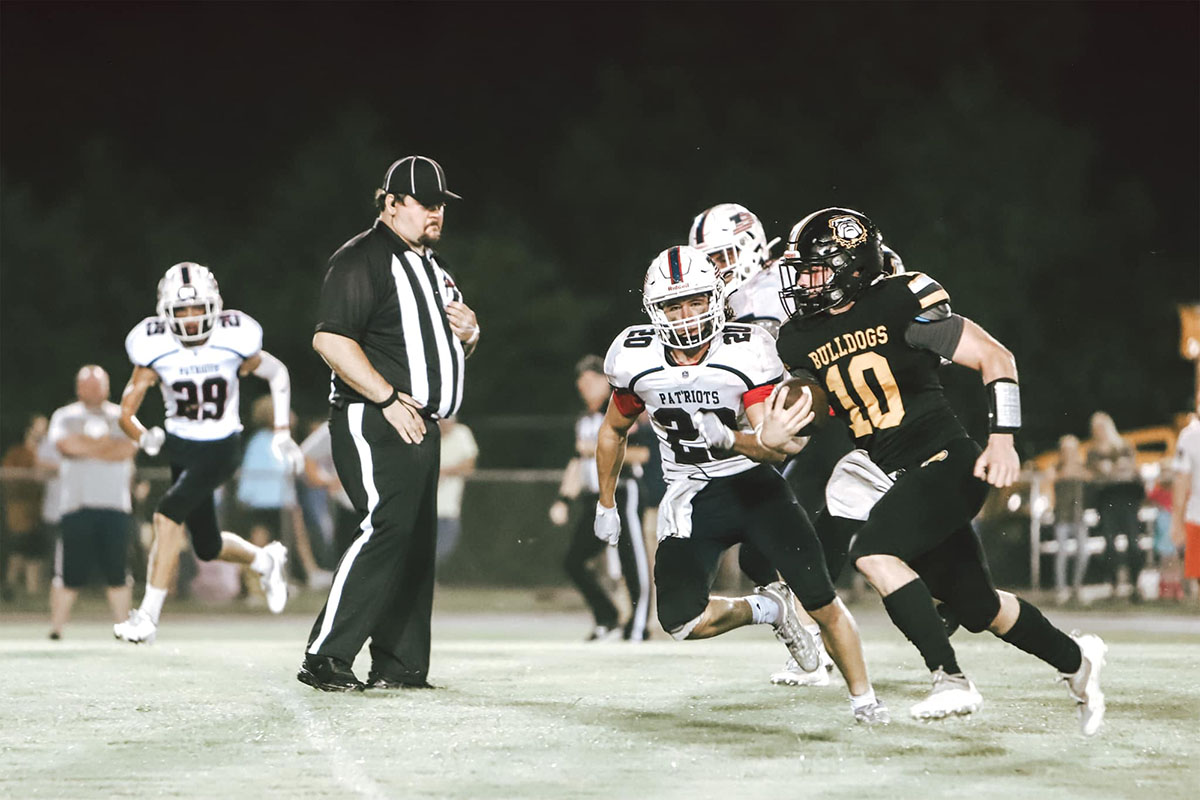 It was a big night for the Priceville Bulldogs as they opened the season with a 70-0 win over the visiting Brewer Patriots Friday.

It was a big night especially for junior tailback Mason Cartee, who had 15 carries for 234 yards and five touchdowns. Cartee is replacing Jerry Burton, a two-time all-state performer, and the school’s all-time leading rusher. He also had an interception on defense.

“I thought Cartee had a great game,” said Priceville head coach Christ Foster. “He made several big plays defensively, and then offensively, he had a huge night.”

The Bulldogs jumped out to a quick 8-0 lead following a Jake Langlois fumble recovery at the Patriots’ 38-yard line on the game’s first play. Quarterback Jackson Prickett scored on a three-yard run – the Bulldogs’ shortest touchdown of the game.

Priceville increased that lead to 14-0 when Blitz Clemons scored on a 52-yard run a couple of minutes later.

Cartee took over the game midway through the first, scoring his first touchdown of the season on a 54-yard run, giving the Bulldogs a 21-0 lead.

He capped off the first-quarter scoring for Priceville when he scored on a 10-yard run to extend the lead to 28-0. Then, he scored on runs of 37 and 23 in the second quarter to give the Bulldogs a 42-0 lead heading into halftime.

Cartee’s night was finished after a 39-yard touchdown run early in the third quarter that pushed the Priceville lead to 49-0.

The Bulldogs’ rushing attack kept going strong with the backups in the game.

Priceville finished with 601 total yards of offense. The total yards were the highest in Foster’s three years with the Bulldogs. In addition, they had a school record of 554 yards rushing and 47 yards passing.

“Offensively, we were able to come out and impose our will,” said Foster.

Priceville’s defense held the Patriots to 49 total yards. Brewer had 77 yards passing and -28 yards rushing. The Bulldogs forced the Patriots into five turnovers – a fumble and interceptions by Sammy Holmes, Langlois, Cartee, and Bryant Stephens.

“I thought our defense did a great job of coming out and setting the tone early,” said Foster.

Priceville (1-0) will open Class 4A, Region 8 play by hosting West Morgan (2-0) Friday. The Rebels defeated the Bulldogs 7-3 this past season.