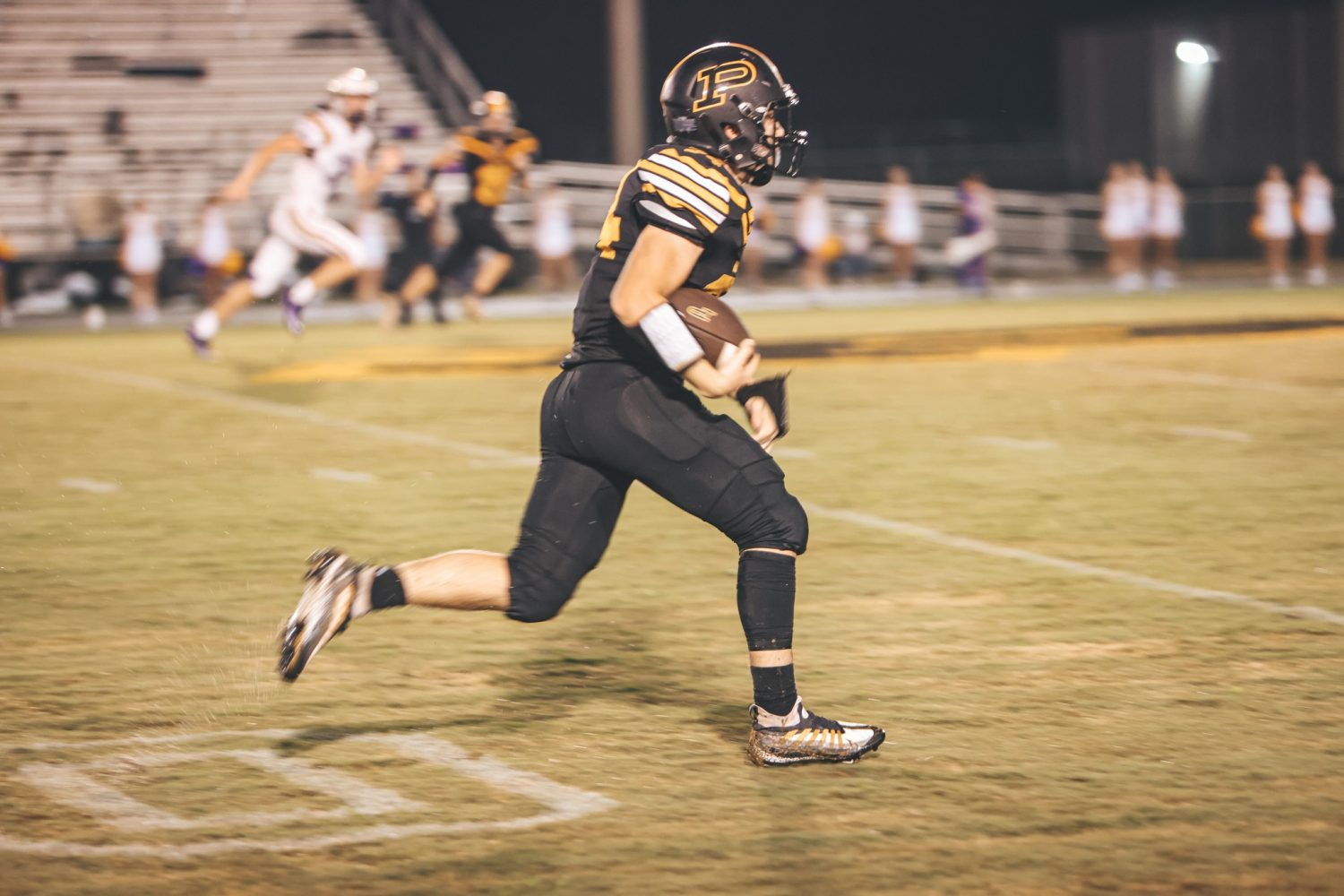 Blitz Glemons runs for one of his three touchdowns in the Bulldogs’ 35-0 win over Madison County. Photo by Shawna Oliver.

Priceville continued their hot start as they ran past Madison County 35-0 at Bulldog Stadium to open Class 4A, Region 8.

Mason Cartee opened the scoring for the Bulldogs with a one-yard run to give Priceville a 7-0.

A Sage Smothers blocked punt led to the Bulldog’s next score as Blitz Clemons ran 38 yards for his first touchdown and a Priceville 13-0 lead.

Clemons added his second touchdown right before halftime with a 73-yard run. Following the 2-pt conversion, the Bulldogs went into the locker room with a 21-0 lead.