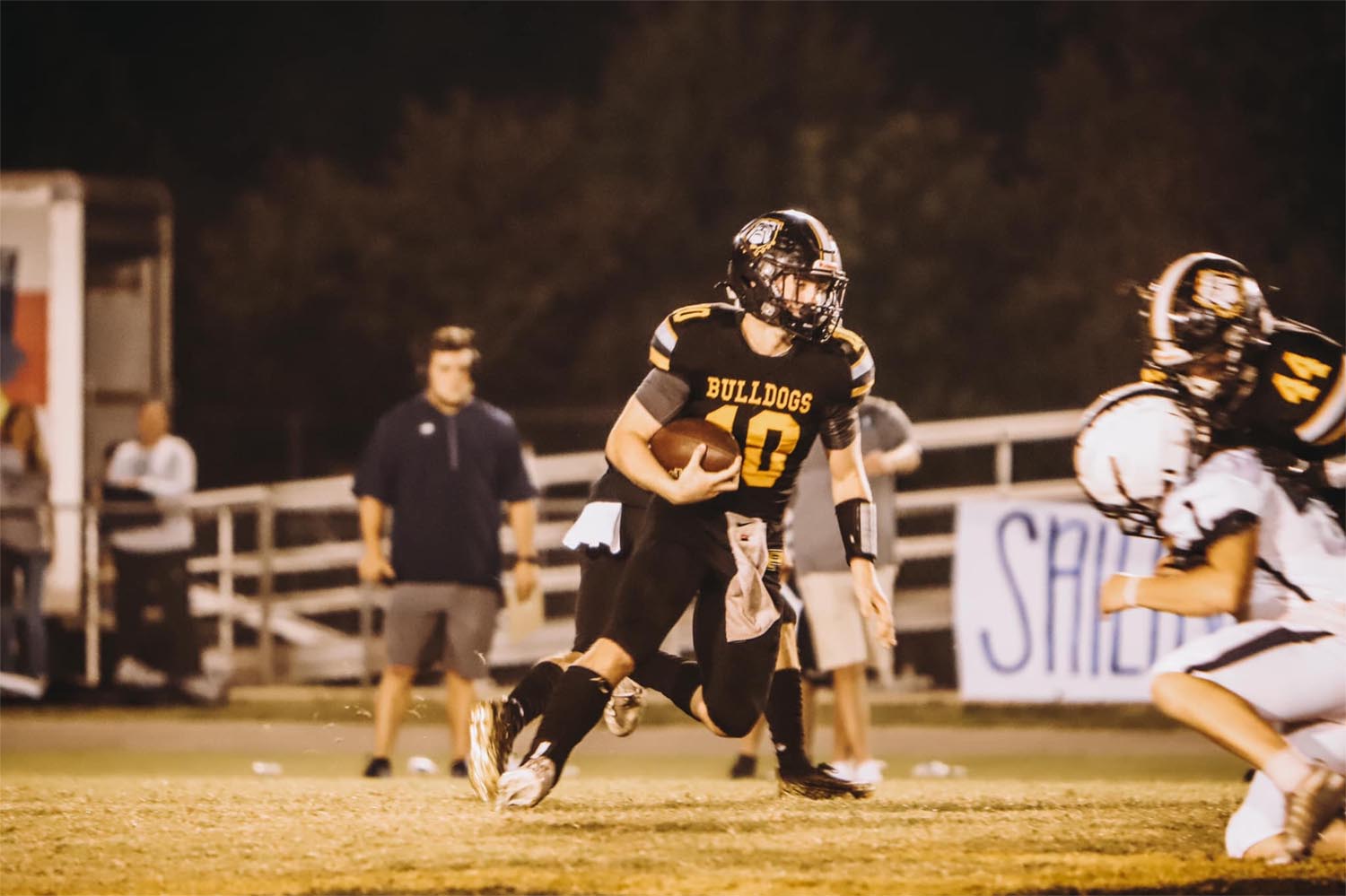 Priceville used a 35-point second quarter to pull away from Rogers for a 58-43 win over the Pirates Friday.

“I thought offensively we played well in the first half,” said Priceville Coach Chris Foster, “and defensively, we did a good job stopping the run.”

Cartee’s first touchdown came in the first quarter and tied the game at 7-7. His second TD of the game gave the Bulldogs a 14-7 lead in the second quarter.

After a Rogers score knotted the game at 14-14, Cartee scored two touchdowns to push the Priceville lead to 28-14.

The Pirates cut the lead to 28-21 with a 28-yard TD pass; however, the Bulldogs answered with another Cartee touchdown and a 42-yard touchdown pass from Jackson Prickett to William Baker to lead 42-21 going into halftime.

Priceville extended the lead to 50-21 following a 50-yard interception return by Sammy Holmes for a touchdown.

The Pirates scored on a 70-yard pass to close out the scoring in the third quarter and cut the Bulldogs’ lead to 50-29.

Prickett capped the scoring for Priceville with a 12-yard touchdown run in the fourth quarter. Rogers added two late scores to make the final 58-43.

“Overall, as a team, we played well but lost our discipline late and made too many errors that let them back into it during that fourth quarter,” said Foster.

Prickett finished seven of 11 for 103 yards and one touchdown while rushing for 38 yards and a score.

Xander Gaines led the Priceville defense with 12 tackles, while Tristan Holmes had six tackles – with three tackles for loss – and one sack. Jake Langlois had 10 tackles.