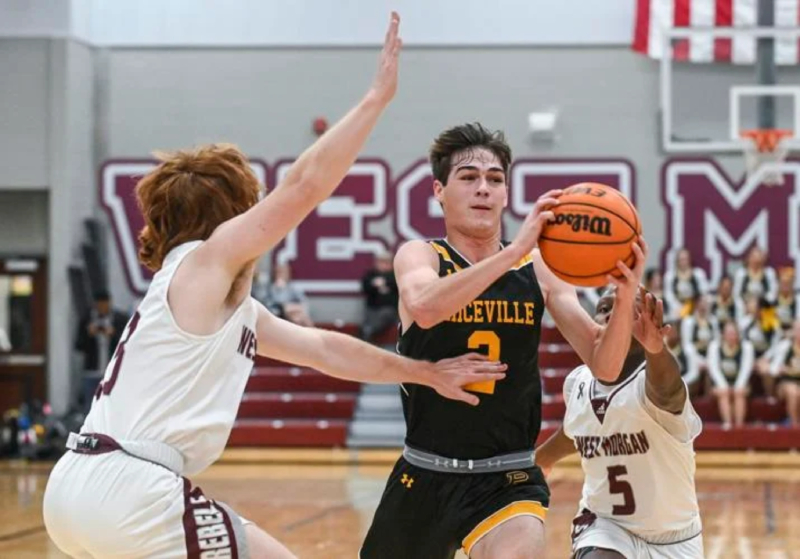 The Priceville Bulldogs used a 22-4 run to start the second half to pick up a 63-46 area victory on the road at West Morgan this past Friday.

The Bulldogs (5-3, 2-0) three-point shooting and defense led the way. Priceville hit 12 three-pointers in the victory while their defense held West to four points over the first 10:03 of the second half as they built a 55-31 lead.

“I thought rebounding in the third quarter was the difference,” Priceville coach JR Dilbeck said. “I didn’t think we rebounded very well in the first half, and that was probably our biggest adjustment at halftime.”

The Bulldogs outrebounded West Morgan 39-24. Case led Priceville with nine rebounds, while Holmes and Jake Langlois each had eight rebounds.