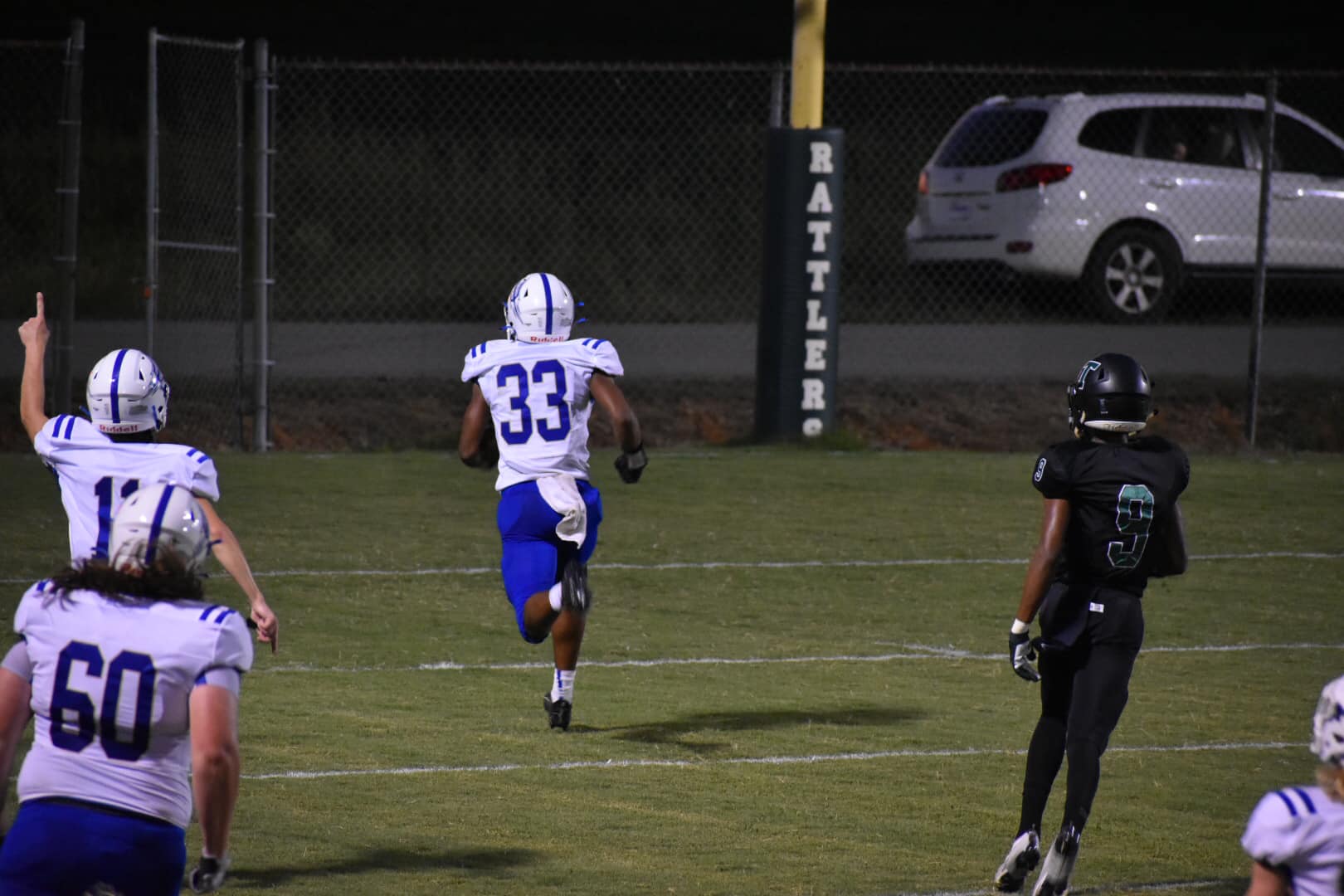 Isaiah Warnick scores a touchdown after returning an interception 103 yards in the first half of the Blue Devils’ 27-20 loss at Tanner. Special to the Enquirer/April Shaneyfelt

Falkville got off to a slow start and could not recover in the Blue Devils’ 27-20 loss at Tanner last Thursday.

After falling behind 7-0, Falkville’s Isaiah Warnick ended a Tanner scoring threat with an interception in the endzone that he returned 103 yards to cut the lead to 7-6 early in the second quarter.

The Rattlers reeled off 20 straight points before halftime to lead 27-6.

Caden Burnett and Hunter Franklin hooked up for a 25-yard touchdown pass in the third quarter to cut the Tanner lead to 27-13.

Burnett scored on an 11-yard run early in the fourth quarter to cut the lead to seven, 27-20.

Unfortunately for the Blue Devils, they could not get any closer, falling to Tanner for the second consecutive season by a touchdown.

Burnett finished 10-of-26 passing for 107 yards with a touchdown and an interception. He also had 14 yards rushing and a touchdown on 11 attempts.

Austin Melson led the defensive effort with 10 tackles, including two for loss, while Jackson Edmonson had nine tackles. The Blue Devils’ defense finished with 10 tackles for loss, sacks by Malachi Collett and Dave Lockhart and interceptions by Warnick and Landon Powers.