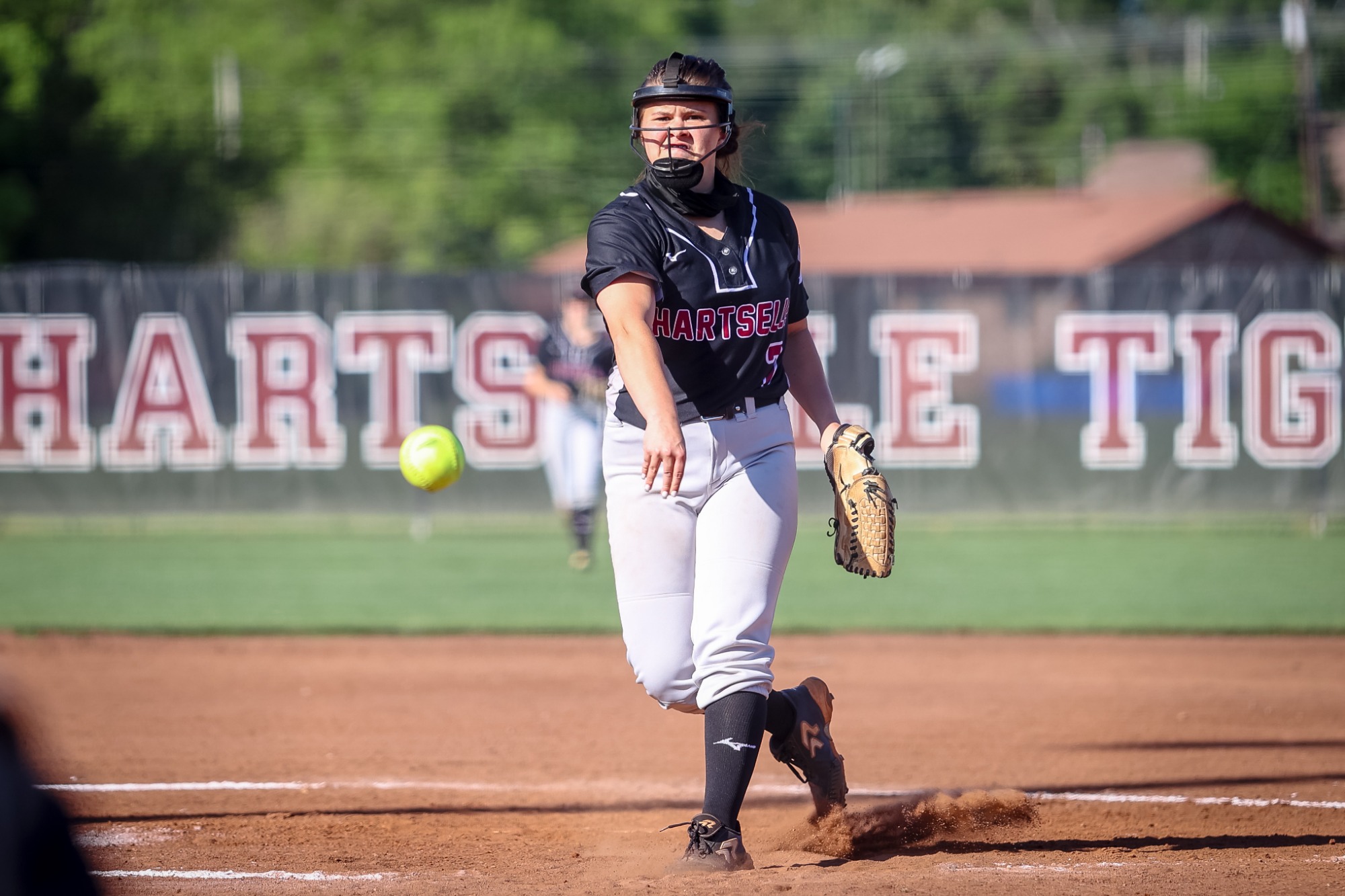 Jenna Smith struck out 15 batters, including nine in the first three innings, to lead Hartselle to a 5-0 victory over Decatur to open play in the 6A Area 14 tournament.

The Lady Tigers jumped on the board first when Larissa Preuitt walked to start the bottom of the first inning. She then stole second and went to third on a wild pitch. She put Hartselle up 1-0 when she scored on another wild pitch by Decatur pitcher, Madison Murphy.

The next four innings were a pitcher’s duel as neither team could get anything going offensively. The two pitchers combined to strike out 18 batters in the four innings.

The Lady Tigers broke the game open with two runs in the bottom of the fifth to take a 3-0 lead. After the first two batters struck out, Brantley Drake singled up the middle to give Hartselle its first hit of the game. Preuitt, in a 1-2 hole, hit a two-run home run to right field to extend the lead.

Hartselle added two more runs in the bottom of the sixth to push their lead to 5-0. Lillyanna Cartee was hit by a pitch to open the inning. After stealing second and advancing to third on a wild pitch, Cartee scored on a Jada Henderson single to right field. Henderson stole her second base of the day and then went to third on another Decatur wild pitch. She scored two pitches later on a wild pitch.