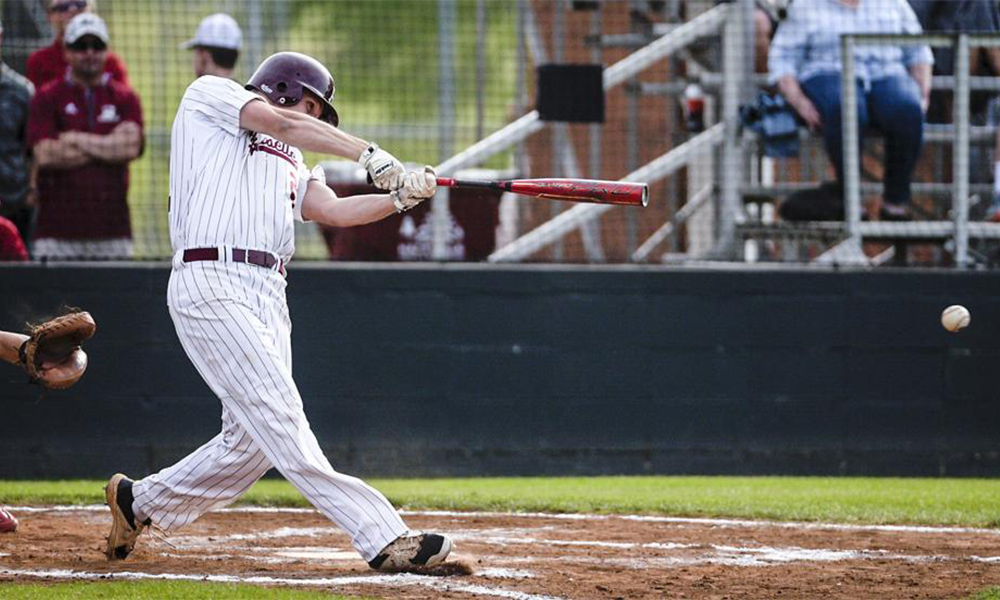 Elliott Bray’s one-hitter in the second game of the Tigers’ series with Homewood led Hartselle to a sweep of the Patriots as the Tigers won 7-2, 3-0.

The sweep sends the Tigers to the third round of the playoffs and a matchup with Oxford. Hartselle and Oxford last played in 2019 when the Tigers upset the Yellow Jackets in the first round.

The week’s series with Oxford will be the first trip to the third round for the Tigers since 2017 when they lost in three games to Hueytown.

Games 1 & 2 will be played Thursday afternoon at Choccolocco Park starting at 4:30.

Homewood jumped on the board first, taking a 1-0 lead in the top of the second on a two-out single.

Hartselle answered back with two runs in the bottom of the second. Bray opened the inning with a single to left. Bray’s steal of second, followed by a Blaze Gillespie walk, put Tiger runners at first and second. JoJo Williamson’s bunt single loaded the bases. Eli Snelson was hit by a pitch the forced home Bray to tie the game at 1-1. The Tigers took the lead when Coleman Mizell grounded into a fielder’s choice scoring Gillespie.

The Patriots tied the game at 2-2 on a two-out bases-loaded hit batter in the top of the third. The run would be the final run of the game for Homewood.

Bray gave the Tigers a 3-2 lead after his sacrifice fly in the bottom of the third brought home Peyton Steele from third base. Steele had singled earlier, stole second, and advanced to third on a throwing error.

Hartselle added a run in the bottom of the fifth when Mizell scored on a passed ball by a Homewood pitcher. He singled to open the inning and advanced to third on a throwing error.

Williamson opened the sixth with a single to left field. He stole second before Snelson walked to give the Tigers runners at first and second. Another Homewood throwing error gave the Tiger’s their first run in the inning on a Mizell bunt. Williamson scored from second while Snelson ended up at third. Brodie Morrow’s sacrifice gave Hartselle a 6-2 lead as he drove home, Snelson. After a passed ball that advanced Mizell to third, Drew Cartee brought him home with a single to right. The run gave the Tigers a 7-2 lead.

Williamson led the Tigers with two hits and a run scored. Mizell finished with a hit, an RBI, and two runs scored.

The second game was a pitcher’s duel for five innings, with the Patriots having the game’s only hit, which came in the bottom of the third inning.

Bray struck out nine Homewood batters in the first five innings to keep Homewood off the board.

The Tigers got on the board in the top of the sixth when Segars single to center brought home Williamson from second base. Segars advanced to second on the throw to give Hartselle another runner in scoring position. Morrow’s single with two outs scored Eli Tidwell, who entered the game as a pinch-runner for Segars, gave the Tigers a 2-0 lead.

Hartselle added an insurance run in the top of the seventh when Willamson’s single to center brought home Cade Miles, who pinch-ran for Bray.

Bray picked up the win after pitching a seven-inning, complete game. He allowed one hit while striking out 13 Homewood batters.

Williamson had two hits, a run scored, and an RBI to lead the Tigers. Segars and Morrow each had a hit and an RBI.