Team first: Taylor and Ellenburg do whatever it takes to win 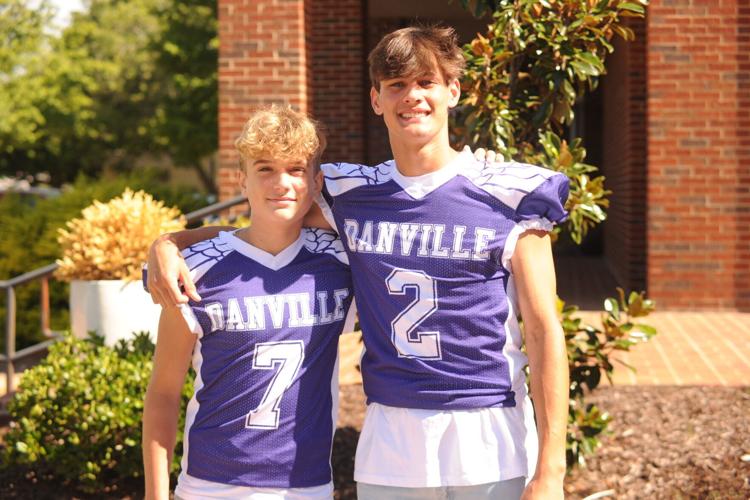 DANVILLE – For Danville’s Gage Taylor, nothing is more important than his team.

That’s why this fall he’ll be making a selfless sacrifice.

A year ago Taylor was the team’s starting quarterback, leading the Hawks to a 5-5 record in head coach Andros Williams’ first season.

But despite putting up good numbers last season, 1,182 yards passing and six touchdowns, quarterback won’t be Taylor’s main role this fall. Instead, he’ll be taking on an athlete role, making way for sophomore Ben Ellenburg.

“Ben has a bright future, and we feel like he gives us the opportunity to maximize our potential on offense,” Williams said. “Gage is a great athlete. He’ll still play quarterback some, but he’ll also play receiver and other positions. We want to try and find as many different ways to get the ball in his hands.”

While Taylor will still be a focal point of Danville’s offense, it’s different from being the quarterback. The most popular position and the leader of the team, it takes a team-first mentality to be willing to split reps at quarterback.

“I think it’s very important to have that kind of mentality,” Taylor said. “When you just want to do what’s best for the team and win, that rubs off.”

Taylor said he’s excited for his new role in the Hawks’ offense.

“I’ve always wanted to be a receiver, and Ben opens that up for us,” said Taylor. “I also think that having that experience at quarterback will make me a better receiver.”

In order for Taylor to be able to embrace the athlete role, it takes a player capable of stepping up and filling his shoes at quarterback. While Ellenburg is only a sophomore, Williams believes he can handle the quarterback duties.

“He’s a natural leader and a gamer. He’s the kind of guy that when the lights turn on he locks in,” Williams said. “I think they will sharpen each other. Gage will make Ben a better player, and Ben will make Gage a better player.”

Williams also hopes Taylor’s character will spread through the team.