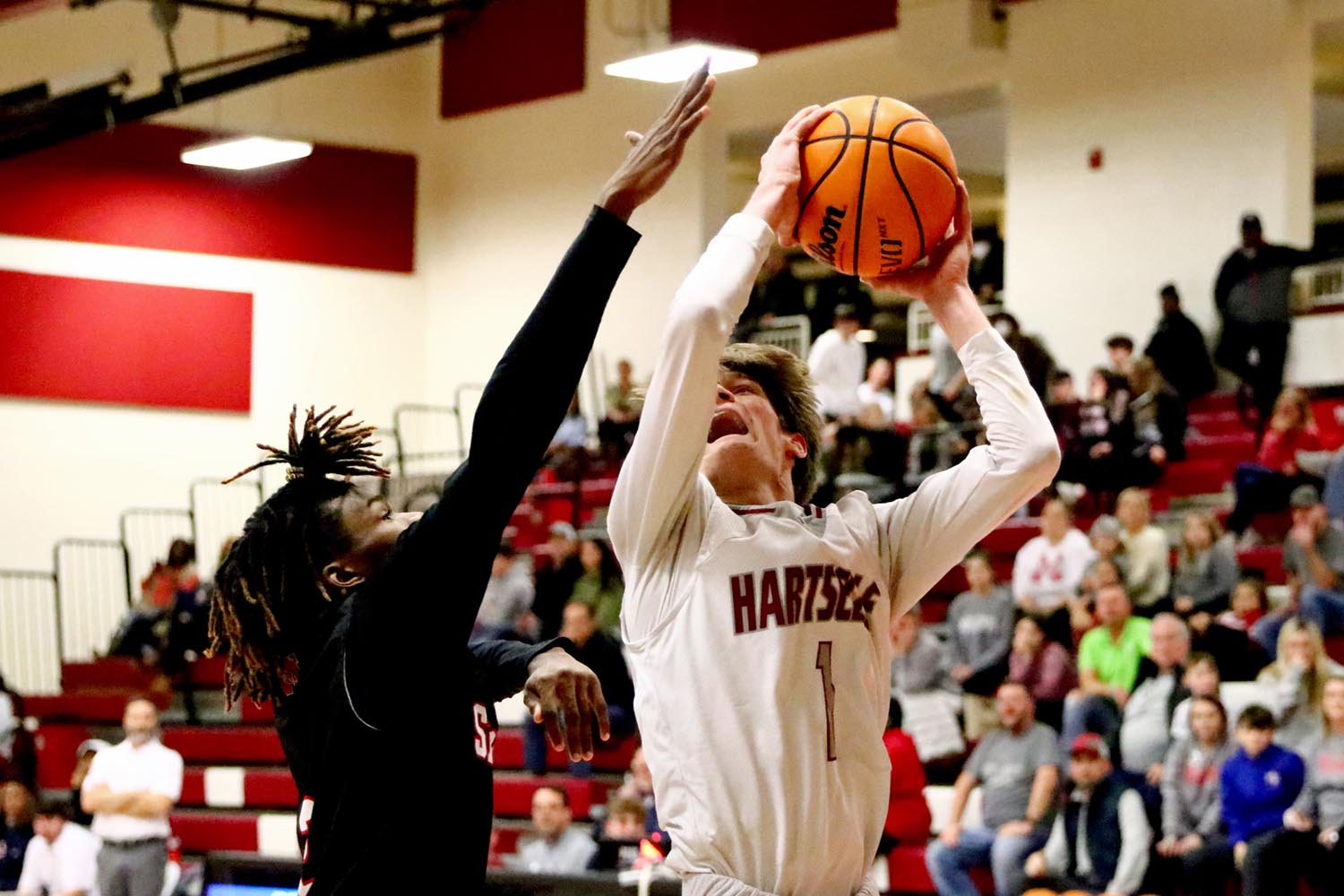 The Tigers fell to 3-3 in area play following their 79-69 overtime loss to visiting Muscle Shoals Friday.

The Trojans opened the game with a layup to lead 2-0 before Luke Ward hit a three-pointer to give Hartselle a 3-2 lead. Muscle Shoals responded with a 4-0 run.

Simmons opened the second quarter with another layup to push the Tigers’ lead to 12-8. The Trojans answered with a 5-0 run to take a 13-12 lead.

The Tigers then went on a 10-2 run that included baskets from Ward, Simmons, Ryan Dunn, and Kiah Key to take a 28-20 lead.

The Trojans closed the first half with a 9-1 run to tie the game at 29-29 heading into halftime.

Key opened the third quarter with a layup, but the Trojans answered with four straight to take a 33-31 lead.

The Tigers put together a 10-3 run with five points from Kohl Key, three from Kiah Key, and two from Smothers to take a 41-36 lead. The Trojans, however, outscored Hartselle 11-5 to close the third quarter and take a 47-46 lead into the fourth.

Dunn opened the fourth quarter with a layup to give the Tigers a 48-47 lead. Muscle Shoals then reeled off four straight, including two technical free throws, to grab the lead again, 51-48.

After a Trojan basket, Kiah Key hit a three-pointer, and Kohl Key hit a layup, to give Hartselle a 56-53 lead.

A Muscle Shoals free throw and three-pointer gave the Trojans a 57-56 lead with less than a minute to go, but Hartselle tied the game back up at 57-57 with a Simmons free throw.

The Trojans’ Noah Williams hit two free throws after missing three in a row to give Muscle Shoals a 59-57 lead with less than 10 seconds to go in the game.

Following a Trojan timeout, Dunn took the inbounds pass, dribbled the length of the floor, and hit a layup to tie the game at 59-59. Muscle Shoals failed to get a shot off in the closing seconds to send the game to overtime.

After Hartselle went on a 5-2 run to make the score 75-69, the Trojans scored the final four points to make the final score 79-69.

Dunn added a double-double with 14 points and 11 assists. Simmons had 12 points and five rebounds, while Kohl Key scored 10.