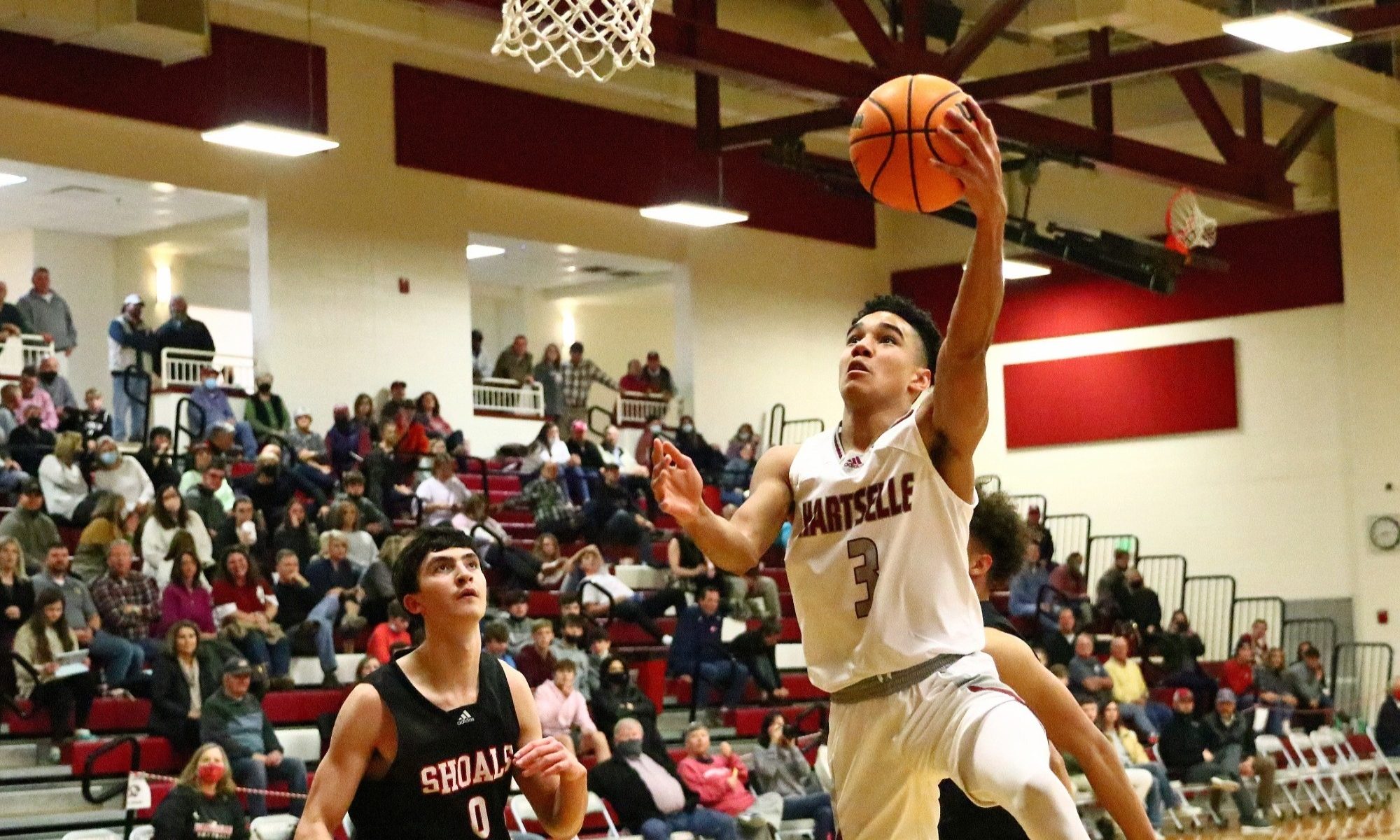 Hartselle held off a second-half Muscle Shoals rally to defeat the Trojans 58-57 and move to 3-0 in area play.

The Tigers used an 11-3 run early in the first quarter powered by three-pointers from Brody Peebles and Luke Ward to take an early 13-7 lead. After a 6-2 Trojans’ run that cut the lead to 15-13, Peebles hit his third three-pointer of the quarter to push the lead back to five at 18-13 with a minute to go. The teams traded baskets to close the quarter, with Hartselle leading 20-15.

The Tigers extended their lead to 10 on two separate occasions in the third quarter behind a strong defensive effort that forced seven Muscle Shoals’ turnovers in their first 10 possessions. Following a Kiah Key three-pointer late in the third, the Tigers lead stood at 42-32. The Trojans answered the three with eight consecutive points to close the quarter and cut the lead to 42-40.

The Trojans outscored Hartselle 6-4 over the first 2:41 of the fourth quarter to tie the game at 46-46. Following a Muscle Shoals timeout with 3:58 remaining, the Tigers scored eight consecutive points to push the lead to 54-46. The Trojans answered back with five straight from Seth Mosely to cut the lead to three with 1:32 remaining. Two Peebles free throws extended the lead to 56-51 with 38.5 left. Two Ryan Dunn free throws that were sandwiched between Noah Williams’ three-points were enough for the Tigers to hold on for the 58-7 win.

The game’s difference came at the free-throw line, where the Tigers were 13 of 16 while the Trojans only made five of 12.

Peebles led all scorers with 29 points, including eight in the final quarter for Hartselle (16-2, 3-0). Elijah Kellick scored a career-high nine points, with Key adding seven. Ward had six points, while Dunn finished with five, including the two late free-throws to keep the Tigers out in front.

Trent Wright had nine rebounds, tied for the team lead with three steals, and had two blocks to lead the Hartselle defensive effort.

Williams had a team-high 16 points for Muscle Shoals (6-4, 1-1), while Mosely and Mitchell Chaffee each finished with 13 points.