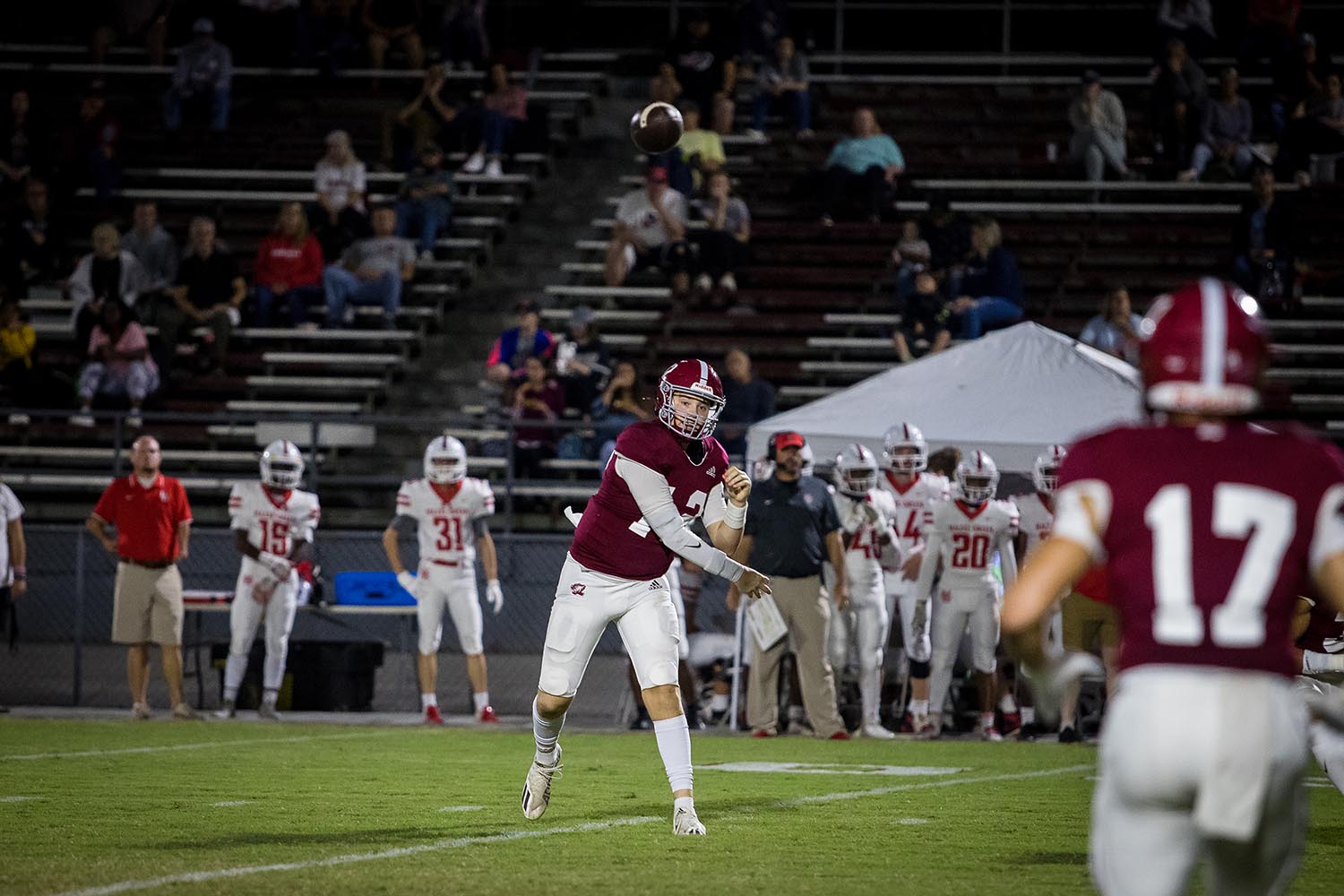 Hartselle wrapped up the 6A Region 8 Championship with a 56-7 win over Hazel Green at JP Cain Stadium last Friday.

The region title is the Tigers’ first since 2018, when Hartselle last had an undefeated regular season. The 2018 team was the last for Coach Bob Godsey, who took over at Madison Academy following the season. According to ahsfhs.org, the 2021 region championship is the 19th for Hartselle since 1974.

The region title is the third in the past four seasons for Coach Bryan Moore. He has led each team he has coached to a playoff appearance.

This year’s play-off appearance will be the 39th for the Tigers since the playoffs began in 1974. The Tigers have appeared in 16 of the past 17 postseasons, and they have missed the playoffs eight times in 47 postseasons.

In Friday’s game, the Tigers scored five times in the first half, taking a 35-0 lead at the break.

Hartselle’s first score came on the Tigers’ longest drive of the first half, two minutes and 57 seconds. Ri Fletcher scored from three yards out to give the Tigers a 7-0 lead.

The Tigers’ next scoring drive took eight seconds after JT Blackwood connected with Eli Tidwell for a 49-yard touchdown pass to make the score 14-0.

Hartselle’s third offensive possession came at the start of the second quarter and took 58 seconds. Blackwood hit Izayah Fletcher in stride for a 58-yard touchdown pass and a 21-0 lead.

The Tigers’ fourth possession was their shortest of the season: six seconds. Blackwood hit RJ Gray with a 40-yard bomb for a touchdown and a 28-0 lead.

The Tigers’ final points of the first half came on a two-play drive. R. Fletcher scampered 24 yards for his second touchdown and a 35-0 Hartselle lead.

Perhaps the most interesting stat of the first half was the time of possession. Hazel Green led with 17:24 minutes of possession, while the Tigers had the ball for 6:36.

Hartselle opened the second half with a two-play, 56-yard scoring drive. Jack Smith scored on a 35-yard run to make the score 42-0.

The Tigers scored on their next possession, as well. The drive consisted of eight consecutive runs by Armadheo Dunigan that ended with a three-yard run for a 49-0 lead.

In Hartselle’s final drive, Sage Smothers ran the ball 11 times for 83 yards and the Tigers’ final touchdown to make it 56-0.

The Trojans added a late touchdown run by Julius Houston to make the final score 56-7.

Blackwood finished the game eight of nine for 201 yards passing and three touchdowns. Smith was three of five for 45 yards.

“Blackwood did a tremendous job of distributing the ball in his time on the field,” said Moore. “JT is doing a great job of leading our offense.”

Smith had 46 yards and a touchdown on five attempts, while R. Fletcher had 30 yards and two touchdowns on four attempts.

“Everything is goal-driven at this point,” said Moore. “We won the region championship this week and are looking to finish undefeated in our final game against Buckhorn.”