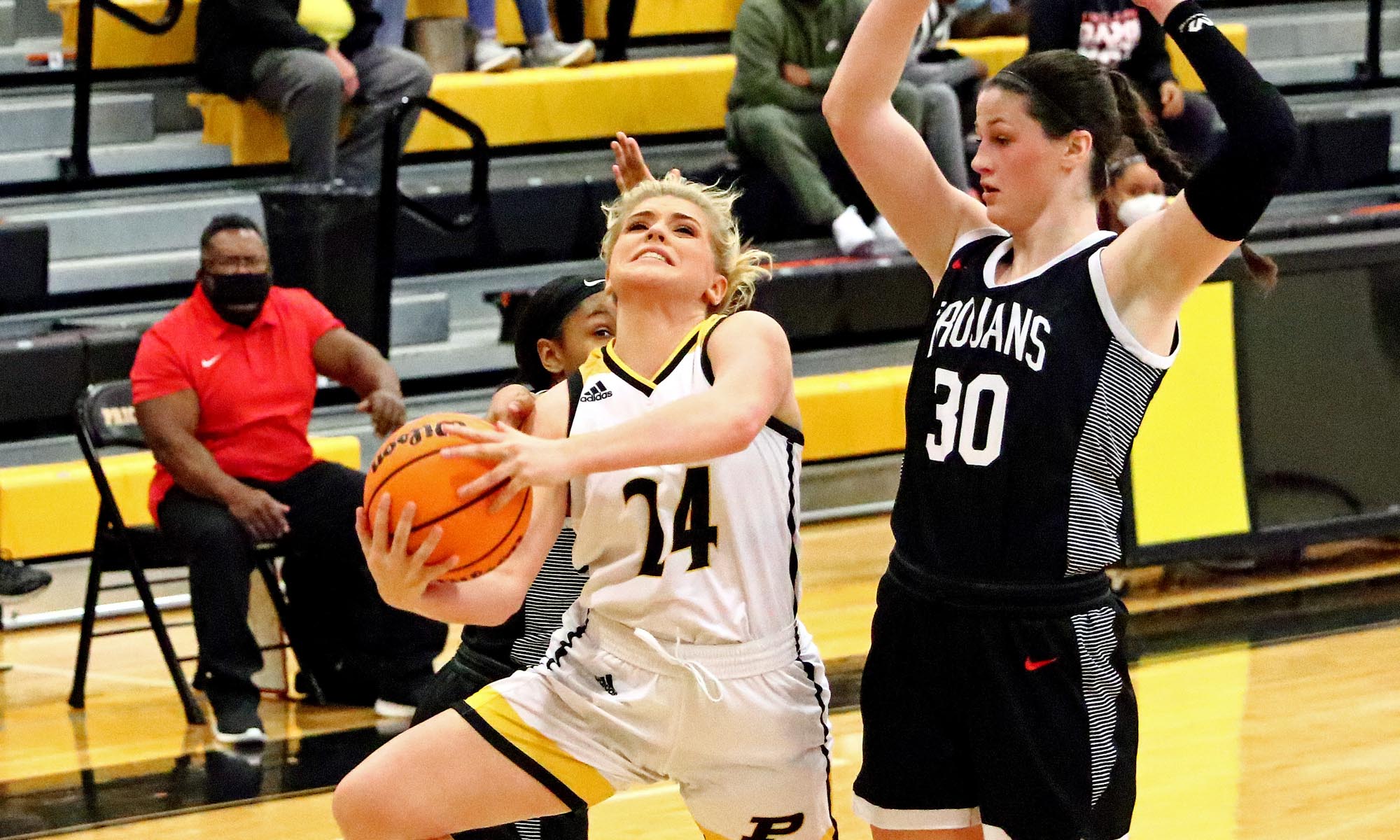 The Priceville Lady Bulldogs fell to 6A Muscle Shoals 65-57 in a Saturday afternoon matchup.

The visiting Lady Trojans jumped out to a 17-12 first-quarter lead as Puckett scored six while Zoey Benson led Priceville with four.

Muscle Shoals used their defense to open the second quarter on a 10-0 run in the first two and a half minutes of the quarter. They forced five straight Priceville turnovers in extending their lead to 27-12. The Lady Bulldogs kept battling and outscored the Lady Trojans 12-11 the rest of the way to go into halftime trailing 38-24.

Despite scoring 21 points in the fourth quarter, the Lady Bulldogs could not cut into the lead as the Lady Trojans held on for the 65-57 win.

Walker finished with a career-high 31 points to lead Priceville (16-6). She hit five three-pointers and was 13 for 13 at the free-throw line. Abigail Garrison added eight points, while Benson had six.