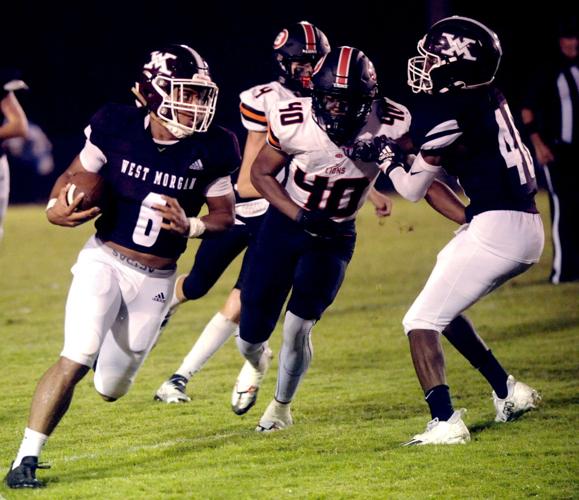 Not even a torrential downpour could dampen the spirits of the West Morgan Rebels on Friday night.

From the moment the first whistle blew, the Rebels pounded the visiting Brooks Lions, earning them a dominating 53-7 win.

“This is a big win for us,” said West Morgan head coach Drew Phillips. “I thought we set the pace of the game. I was pleased with how we played in all three phases.”

West Morgan wasted no time in taking control. The Rebels raced down the field on the opening drive and finished with a Braxton Peters touchdown run.

Due to the weather, throwing the ball wasn’t an option. West Morgan threw just one pass, which came in the third quarter.

It turned out the Rebels did need a passing attack. They were dominant in the trenches.

“Credit to our offensive line. They embraced the challenge,” Phillips said. “We have a lot of new faces up there, but we really believe in them. They showed out tonight.”

Peters, the team’s starting quarterback, didn’t throw a single pass on the night, but that didn’t stop him from making an impact. The junior signal caller finished the night with three touchdowns of three yards, five yards and 25 yards.

“It’s like flipping a switch on,” Peters said of his performance on the ground. “When the situation calls for it, you just have to change gears and go a different route.”

“That felt amazing,” Stutts said. “It’s all about practice. We work hard on that, and it translates to the field.”

With the win, West Morgan moves to 3-0 on the season and 1-0 in region play. The Rebels have outscored opponents 143-28 in three games, and Friday’s win sent an emphatic statement to the rest of Class 4A, Region 7.