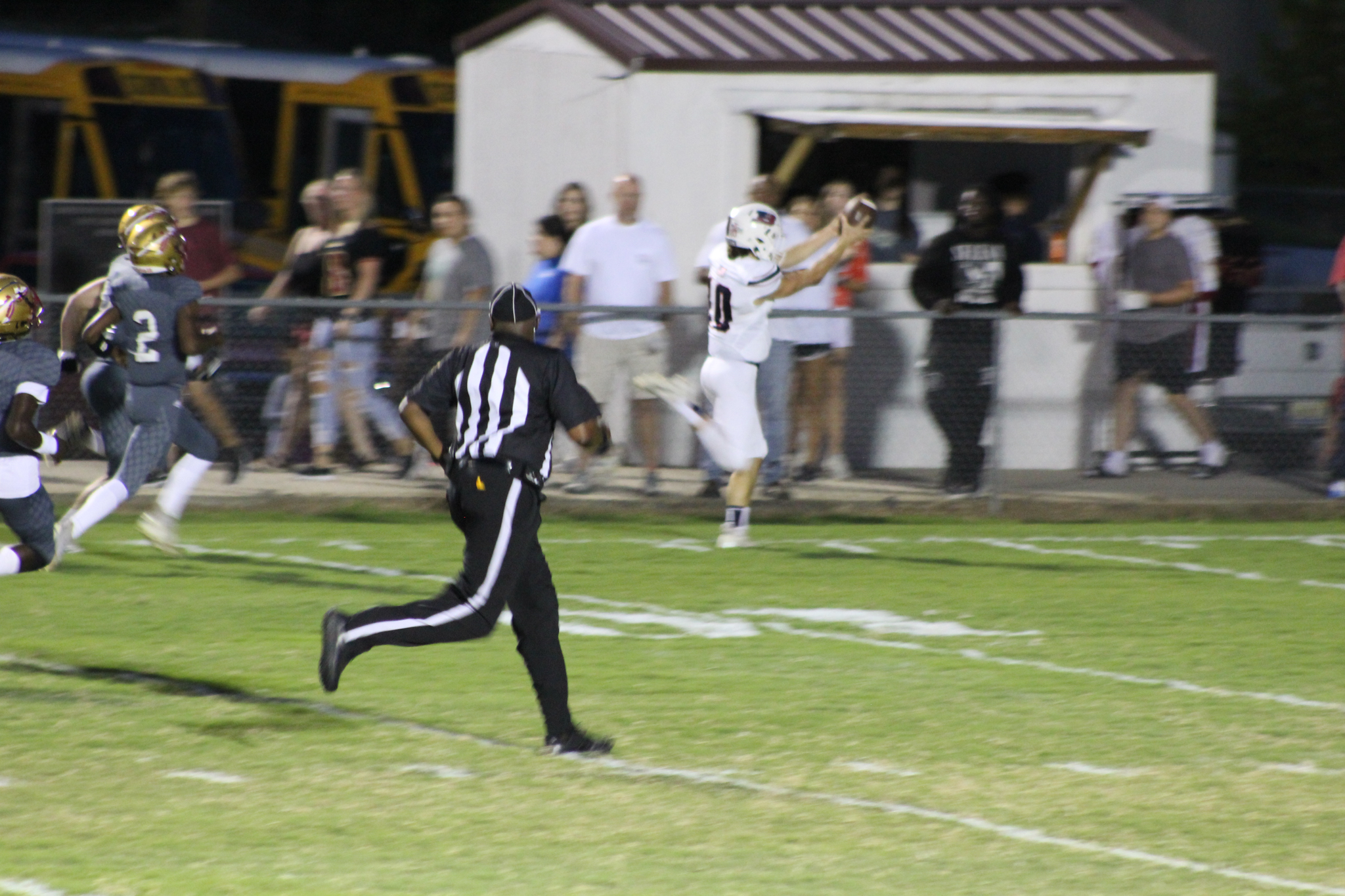 Caden Childers opens the scoring for Brewer with an 80-yard run in the first quarter of the Patriots’ 27-21 win over East Limestone. Photo by Daniel Jacobs.

“I am proud of how our team competed tonight,” said Brewer head coach Matt Plunkett. “Nobody in this program had won a game on the road before tonight. To get a win over a team we had never beat before makes it even more special.”

The Patriots added to their lead, 14-0, when D.J. Burney connected with Childers for a 34-yard touchdown pass with 4:21 remaining in the half.

Burney’s two-yard touchdown with 8:00 left in the third quarter gave Brewer its largest lead of the game at 21-0.

East Limestone responded with 21 straight points to tie the game, the last seven coming with 1:47 left in the game.

East Limestone had one final chance but Austyn Holmes picked off an Indians pass in the endzone as time expired.

Brewer picked up the victory despite being outgained 356-281 in total yards.