Brewer opens the season with a win over Hanceville 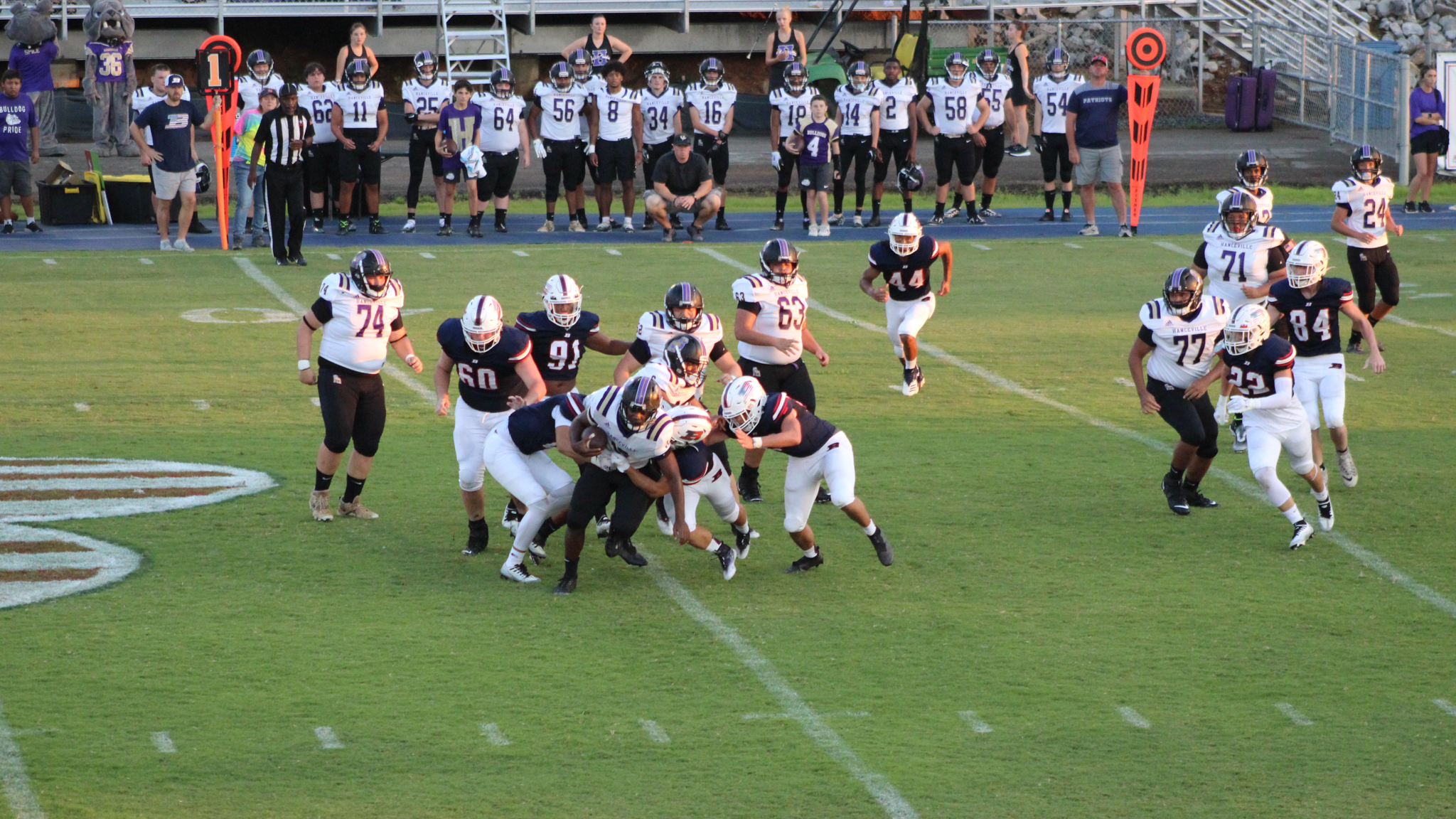 The Brewer Patriots opened the 2022 season with a win over Hanceville. It was their first season-opening victory since 2019.

Quarterback Caden Childers accounted for two touchdowns and led the team to a third in the Patriots’ 20-13 win.

He connected with DJ Burney on a 37-yard touchdown pass to tie the game at 7-7 with less than a minute left in the first half.

Childers put Brewer on top with a two-yard touchdown run with 4:37 left in the third quarter. The Patriots missed the extra point but led 13-7.

After a Hanceville turnover, Lukas Simpson scored from two yards out to extend the Brewer lead to 20-7 with just over two minutes left in the third quarter.

Hanceville added a touchdown early in the fourth, but the Brewer defense would not allow the Bulldogs to get any closer.

“We did not start the game as we should have,” said Brewer coach Matt Plunkett. “But we came out after halftime and played like a different team. We did the things we needed to do to pick up the victory.”

The win was the third straight at home for Brewer after closing out the 2021 season with two wins at home.

The Patriots will be home again this week when they welcome Arab (1-0) to Tucker Stadium. The Knights defeated Albertville 47-14 to open their season.