Danville comes up short in 33-17 loss to Lauderdale Co. 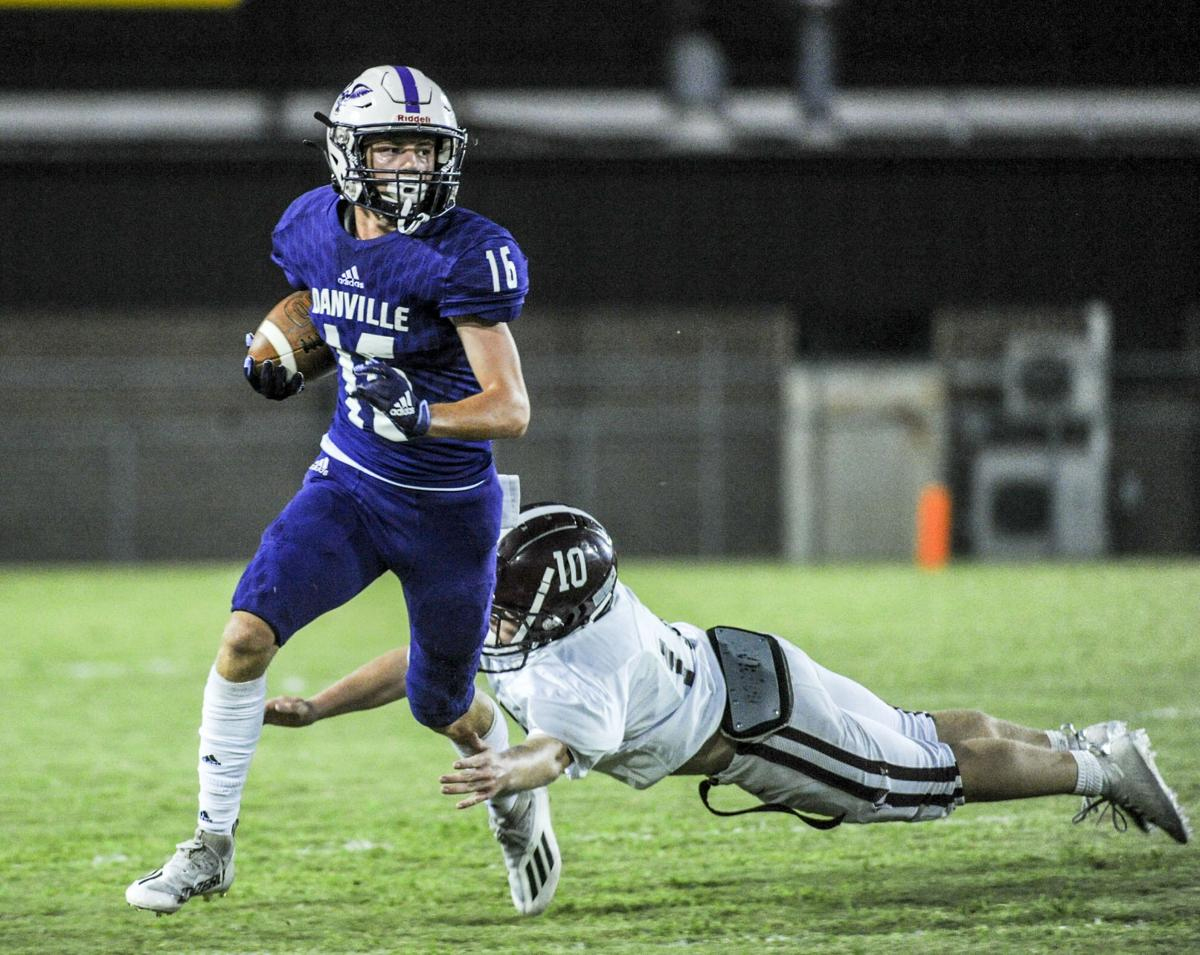 The Danville Hawks suffered their first loss of the season Friday, 33-17, to Lauderdale County.

The visiting Tigers took a 7-0 lead with 5:46 left in the first quarter when quarterback Eric Fuqua Jr. scored on a sneak.

The teams battled back and forth the remainder of the first half until the Hawks’ Carson Crowe intercepted a Fuqua pass at the Tigers’ 30-yard line. The turnover put Danville in a position to tie the game going into halftime.

Ethan Hamm intercepted a Gage Taylor pass on the next Danville play and returned it to the Hawks’ two-yard line.

The Tigers scored on the next play to take a 14-0 lead.

Disaster struck on the next drive when Danville fumbled on the first play; Lauderdale County recovered.

The Tigers pushed the lead to 21-0 with 20 seconds left in the first half with a 12-yard touchdown pass.

With a one-yard touchdown run, the Tigers pushed their lead to 27-0 less than four minutes into the second half.

The Hawks answered with 17 unanswered points to cut the lead to 27-17. They scored first on a Moises Parra 26-yard field goal. Then, Tanner Colburn scored on a six-yard run with 1:44 left in the third to make the score 27-10.

Lauderdale County pushed the lead to 33-17 and capped the scoring with a 10-yard run with six minutes remaining.

Taylor finished the game 9-of-23 for 131 yards with a touchdown and an interception. He had four carries for 16 yards.

Colburn finished with 27 carries and a touchdown on eight carries, while Bo Huff had 22 yards on seven carries.

Randolph had five receptions for 99 yards and a touchdown. McCleskey had two catches for 47 yards, and Grayson Glenn had two for 23.