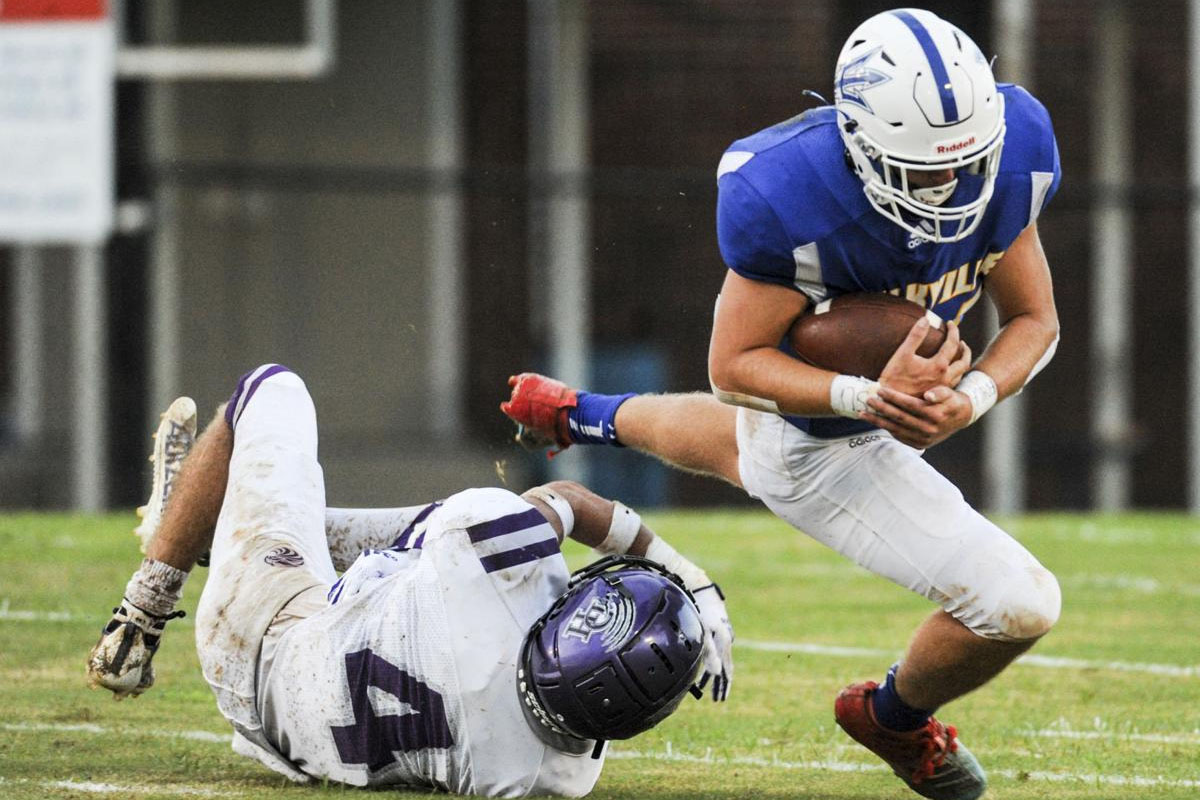 The Blue Devils, who started by falling behind 8-0, outscored the Eagles 22-0 in the first half to take a 22-8 lead. Pisgah, however, scored a touchdown right before halftime to cut the lead to 22-16.

Caden Burnett accounted for all three Blue Devil touchdowns in the first half.

First, he hit Isaiah Warnick with a 23-yard pass to put Falkville on the board. He then scored on a nine-yard run to give the Blue Devils the lead at 15-8. Later in the second quarter, he connected with Dawson Fowler for a nine-yard touchdown pass.

Jordan Greenfield, who finished with 230 yards rushing on 30 carries, scored on touchdown runs in the third and fourth quarter to cap the scoring for the Blue Devils.

Burnett was 16-of-29 passing for 141 yards and two touchdowns. He also had 93 yards rushing and a touchdown on 10 carries.

“Our kids played through some tough situations against Pisgah. We made several important stops on fourth down plays and created a couple of turnovers,” said Coach Seth Ward. “We still have a lot to improve on, so the bye week will be huge for us to clean up some of our fundamentals. Nevertheless, we’re happy to be 2-0 in the region.”

Falkville will next host Cold Springs on Sept. 24 for homecoming.