Danville drops second game in a row at East Lawrence 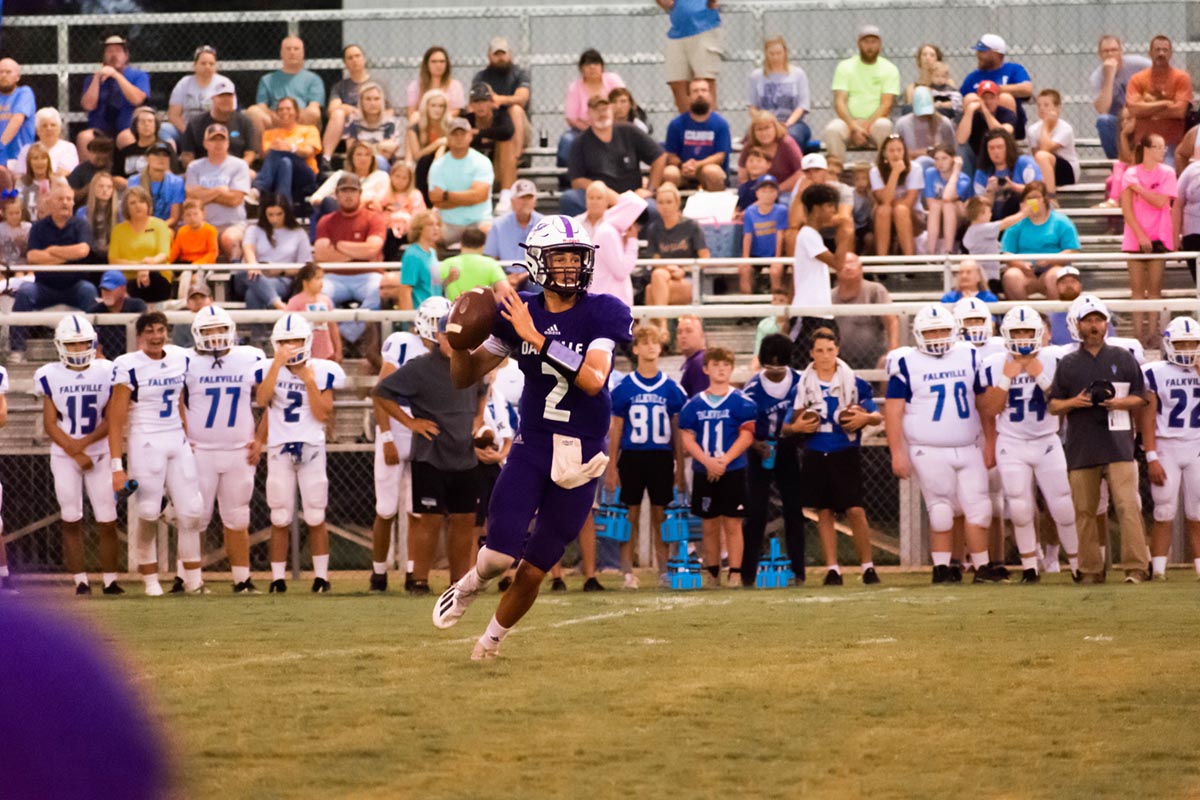 The Danville Hawks dropped their second game in a row after starting the season 3-0 under first-year head coach Andro Williams.

After the Eagles scored on their opening drive, the Hawks fumbled on their first offensive play. It was recovered by East Lawrence and returned for a touchdown. The score gave the Eagles a 13-0 lead early in the first quarter.

Danville moved the ball well on the next possession, driving down to the East Lawrence 6-yard line. The Eagles’ defense stiffened and forced the Hawks to attempt a field goal that hit the crossbar and fell short.

In the third quarter, the Hawks got on the scoreboard when Gage Taylor connected with Kohl Randolph on an 18-yard touchdown pass. The score cut the East Lawrence lead to 13-7.

The Eagles capped off the scoring with a nine-yard run late in the third quarter to make it 20-7.

“I thought East Lawrence had a great plan for us tonight,” Williams said. “They pressured us early in the game, and we struggled to find a solution.”

Taylor finished the game 7-of-19 for 122 yards with a touchdown and an interception. Randolph had three receptions for 62 yards and a touchdown. Bo Huff had 52 yards rushing on 13 attempts.