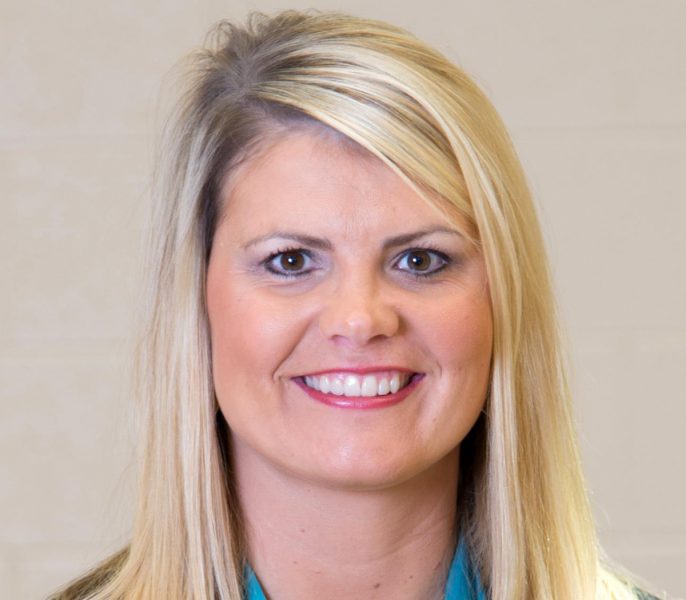 Hartselle announced on February 22 that Amber Deline has been named the new head coach for Hartselle girls basketball. She replaces Gary Orr, who announced his retirement following the Lady Tigers loss to Hazel Green in the Northwest Regional semifinals.

“I am truly humbled and excited for this opportunity,” said Deline. “I have always been an admirer of Hartselle. As an outside person looking in, it has always been evident that Hartselle is a great school system that values academics and athletics, and as a coach, I always thought it would be a great place to work. Hartselle truly has a tradition of excellence, and I am honored that I get to lead the girls’ basketball program in this community.”

Deline was hired by Hartselle City Schools before the start of the 2021-22 school year. She previously served as head coach at Oneonta (2008-14), where she won two 4A state championships, and James Clemens (2014-18). Before being hired at Oneonta, she served as an assistant coach at the University of Montevallo (2003-06) and Samford University (2006-08).

Deline said that lessons learned from her previous coaching stops would make her a better coach here at Hartselle.

“When I took over the head coaching jobs at Oneonta and James Clemens, neither programs had experienced success or had high expectations. I had to work very hard to change the culture of the programs,” Deline said. “With that being said, I know that the first priority of taking over a program is casting a vision of what you want your program to look like and then working relentlessly to build it. I learned that for kids to buy into the culture, you are attempting to build as a coach, you have to build strong connections with them and earn their trust first. I also know that a true program is built from the ground up. I know the value and importance of aligning our program from the high school level down to our youth, and that will be an immediate focus of mine as well.”

“When I left coaching and got into administration, everyone told me that the first year of not teaching or coaching would be hard because I wouldn’t get to interact with the kids as much. Well, it was year three in administration, and I still missed the relationships with the kids,” said Deline. “I am a person of faith, and I still feel like my purpose is in coaching basketball where I can pour into kids. So I take this position very seriously because I feel like it is where I am meant to serve.”

She is a graduate of Hackleburg High School, where she played basketball for six seasons and was named to the 1A All-State team four times. She is the school’s all-time leading scorer with 2,637 points. She was inducted into the Marion County Hall of Fame in 2007.

She played college basketball at the University of North Alabama. She was a four-time All-Gulf South Conference selection, earning first-team honors in 2000, 2001, and 2003 and second-team honors in 2002. She was named the Gulf South Conference Freshman of the Year in 2000 after averaging 17.4 points and 6.9 rebounds per game and leading the Lady Lions to a 21-7 record. She left UNA as their all-time leading scorer with 1,688 points (currently third) and all-time leading rebounder with 756. She was inducted into the UNA Hall of Fame in 2014.

“We are extremely excited to welcome Coach Amber Deline as our head girls basketball coach,” said Hartselle principal Dr. Brad Cooper. “With a championship pedigree and the reputation of being one of the best coaches in the state, we are confident that she will build on the great tradition that we already have here. Hartselle Girls Basketball will continue to be in great hands under the direction of Coach Deline, and we feel very fortunate to have a coach of her caliber to lead our team!”

Athletic Director Pat Smith said, “Coach Deline has a rich basketball background as a player and a coach. Coach Orr has done a wonderful job, and we’ll miss him. But, I couldn’t ask for a better coach to fill his shoes than Coach Deline. She’ll bring a lot of energy and knowledge to the program and continue moving it in a winning direction. I look forward to working with her.”

Deline said that Coach Orr is a legend here in Hartselle and one of the most respected coaches in Alabama.

“I appreciate and respect him in many ways. He has been nothing but good to me,” Deline said of Coach Orr. “He is a tough act to follow. I wish him nothing but the best in his retirement as he has definitely earned it.”

Deline says that she has been blessed to coach two state championship teams but that her desire for returning to coaching was the relationships built with players who remain in contact with her after they have left her program.