Priceville improves to 5-0 with a shutout at New Hope 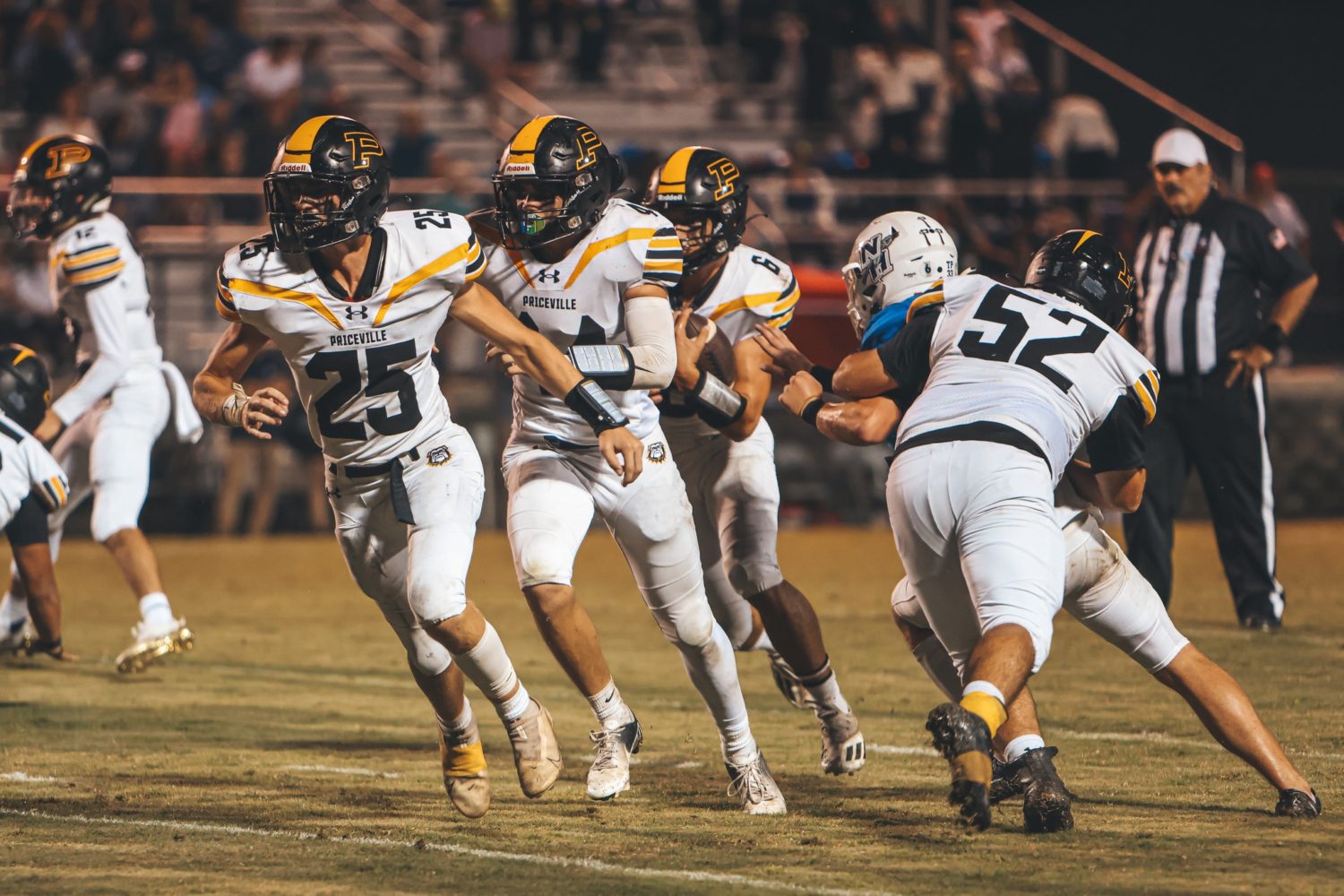 Sage Smothers (6) follows his blockers Bailey Rea (25) and Jake Langlois (44) on his way to a 30-yard touchdown run in the third quarter of the Bulldogs’ 40-0 win over New Hope. Photo by Shawna Oliver

NEW HOPE – Priceville shook off a slow start in the 40-0 region win on the road at New Hope this past Friday.

The Bulldogs jumped out to a 7-0 lead when Mason Cartee scored on a three-yard run in the first quarter. Xander Gaines added a 48-yard touchdown run in the second quarter for a 14-0 lead at halftime.

Priceville broke open the game in the third quarter with three touchdowns. The first came on a Jackson Prickett-Bailey Rea 22-yard completion. Sage Smothers then scored on a 30-yard run, and Cartee added a 65-yard run to extend the lead to 33-0 heading to the fourth quarter.

Jaylen Moseley capped off the scoring with a 10-yard touchdown run in the fourth quarter.

The Bulldogs finished with 392 yards of total offense, including 366 yards rushing. This is the fourth time in five games that they have rushed for more than 300 yards in a game this season.

Prickett was 2-of-4 passing for 26 yards and a touchdown.

The win improved Priceville’s record to 5-0, the team’s best start since 2015, when they won eight straight games to open the season. They are currently on a 12-game regular season winning streak, the longest in school history.

The shutout was their third straight of the season. It is the first time in school history that a Priceville defense has had three consecutive shutouts. It is also their sixth shutout in the last two seasons.

The defense has only allowed more than 176 yards total yards only once this season, 523 to Fairview in week two. However, the defense has given up only 581 yards in their other four games.

Priceville (5-0, 3-0) will travel to Scottsboro (2-2) in a non-region game Friday. The game will be the first time the two programs have ever played.