Falkville falls 47-40 on the road at Vinemont 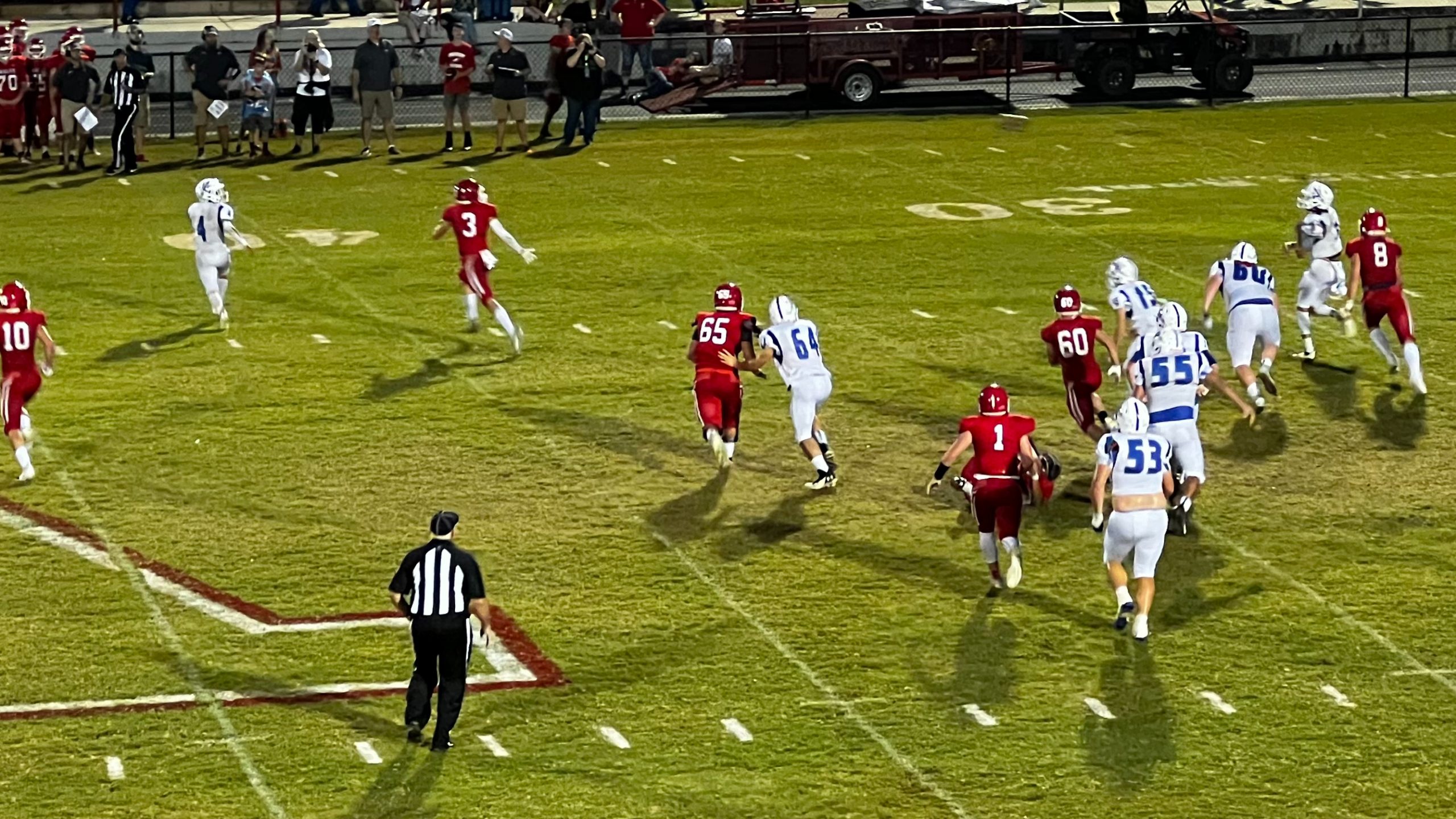 Falkville’s Caden Burnett passes the ball to Lawson Tew in the first half of the Blue Devils’ loss at Vinemont. Special to the Enquirer/Brandon Dillard

The Falkville Blue Devils opened the 2022 season with a 47-40 loss on the road at Vinemont.

Burnett was 14-of-27 passing for 222 yards and three touchdowns. He also had 21 yards rushing and a touchdown. Isaiah Warnick had five receptions for 117 yards and two touchdowns, including a 61-yard score in the third quarter.