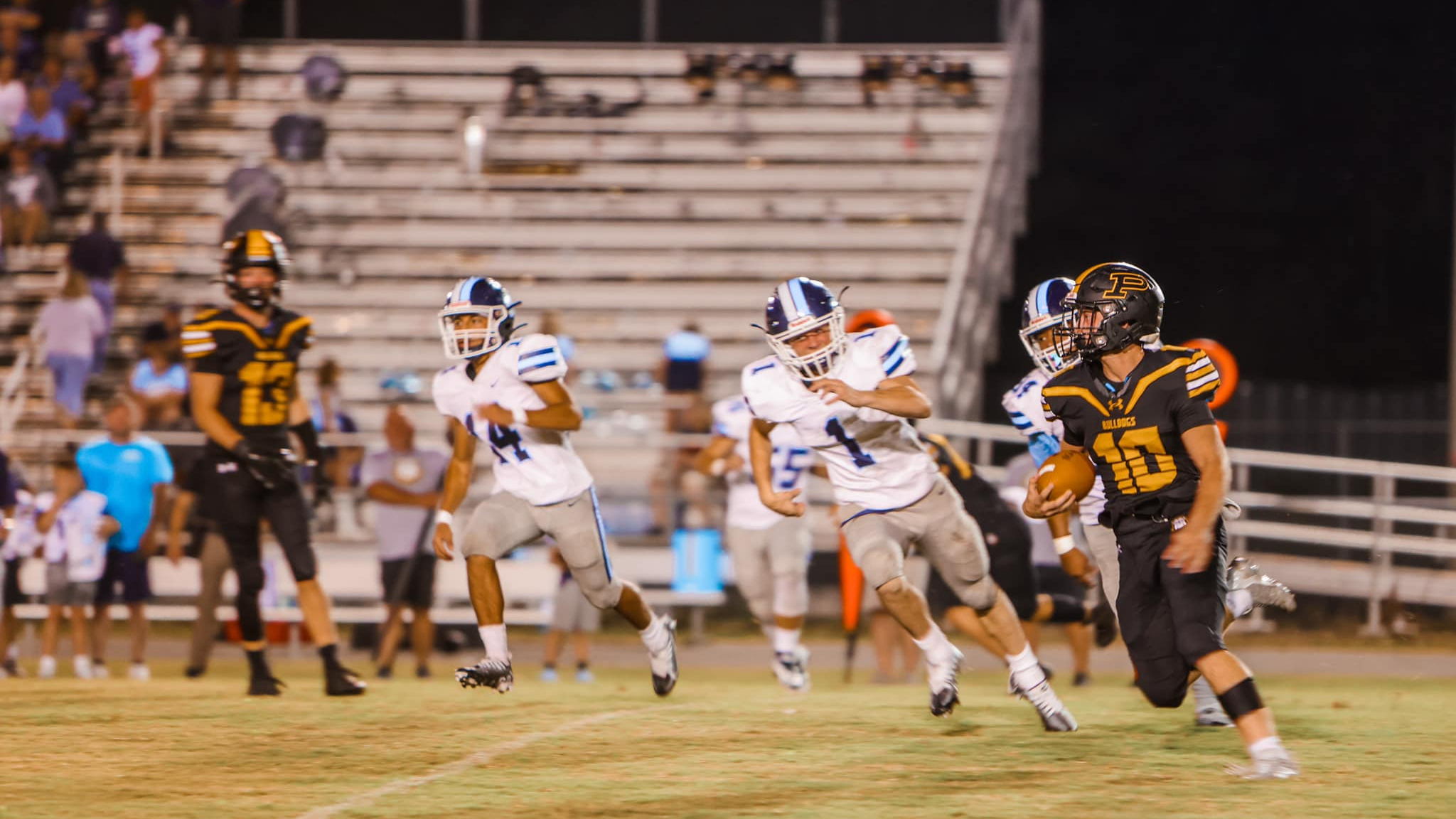 Mason Cartee runs away from a couple of Plainview defenders on the Bulldogs’ 20-8 win last Friday. Special to the Enquirer/Shawna Oliver

The Priceville Bulldogs opened year four under coach Chris Foster with a 20-8 victory over the Plainview Bears this past Friday night.

The win was the Bulldogs’ third straight season-opening win. The previous two wins were over Brewer in 2020 and 2021.

Mason Cartee picked up where he left off last season, scoring two second-quarter touchdowns to give Priceville a 13-8 lead at halftime. He scored on a four-yard run and then a six-yard run. He finished the game with 116 yards rushing on 18 carries.

Jaylen Moseley capped the Bulldogs’ scoring with a four-yard touchdown run with 9:31 left in the game.

“I thought it was a tough and physical game,” Foster said. “I was proud of the way the defense responded during the game. They kept the Plainview rushing attack in check.”

The defense held the Bears to 151 total yards and forced a turnover.

“We had a lot of physical and mental mistakes that we will need to clean up before next week,” Foster said.

The offense finished with 312 total yards. They rushed for 296 yards on 37 carries. Unfortunately, the Bulldogs had three turnovers that slowed down the offense.

Priceville (1-0) will travel to Fairview (1-0) on Friday night for a matchup with the 5A Aggies. Fairview is coming off a 51-0 win over Columbia.

The Bulldogs and Aggies last met in coach Foster’s first season. Priceville battled back from a double-digit deficit to take a 31-21 win.