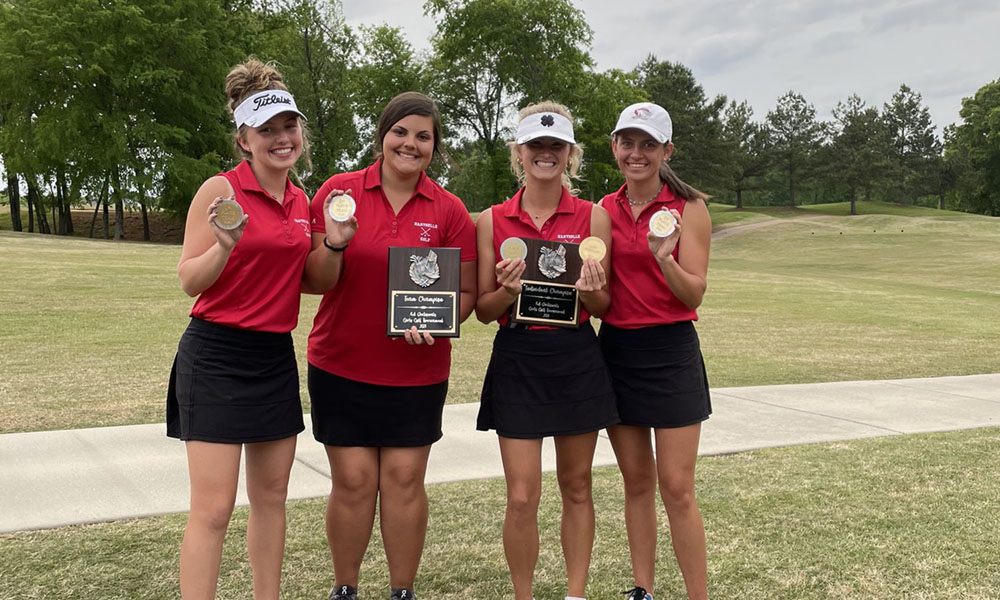 The Hartselle boys and girls golf teams advanced to sub-state play by winning the sectional tournament last week at Canebrake in Athens.

Senior Ryley Heath, who won low medalist, and sophomore Tristen Wisener led the Tigers to the sectional championship. Both players were named to the All-Tournament team. The win was the Tigers’ second tournament win of the season.

The girls’ team shot their best score of the season, 230, to win the sectional. The Lady Tigers were led by Jinger Heath, who won low medalist and was named to the All-Tournament team. The win was the Lady Tigers’ seventh in nine tournaments this season.

Both teams played sub-state at Cypress Lakes in Muscle Shoals. The boys played on Monday and the girls on Tuesday.