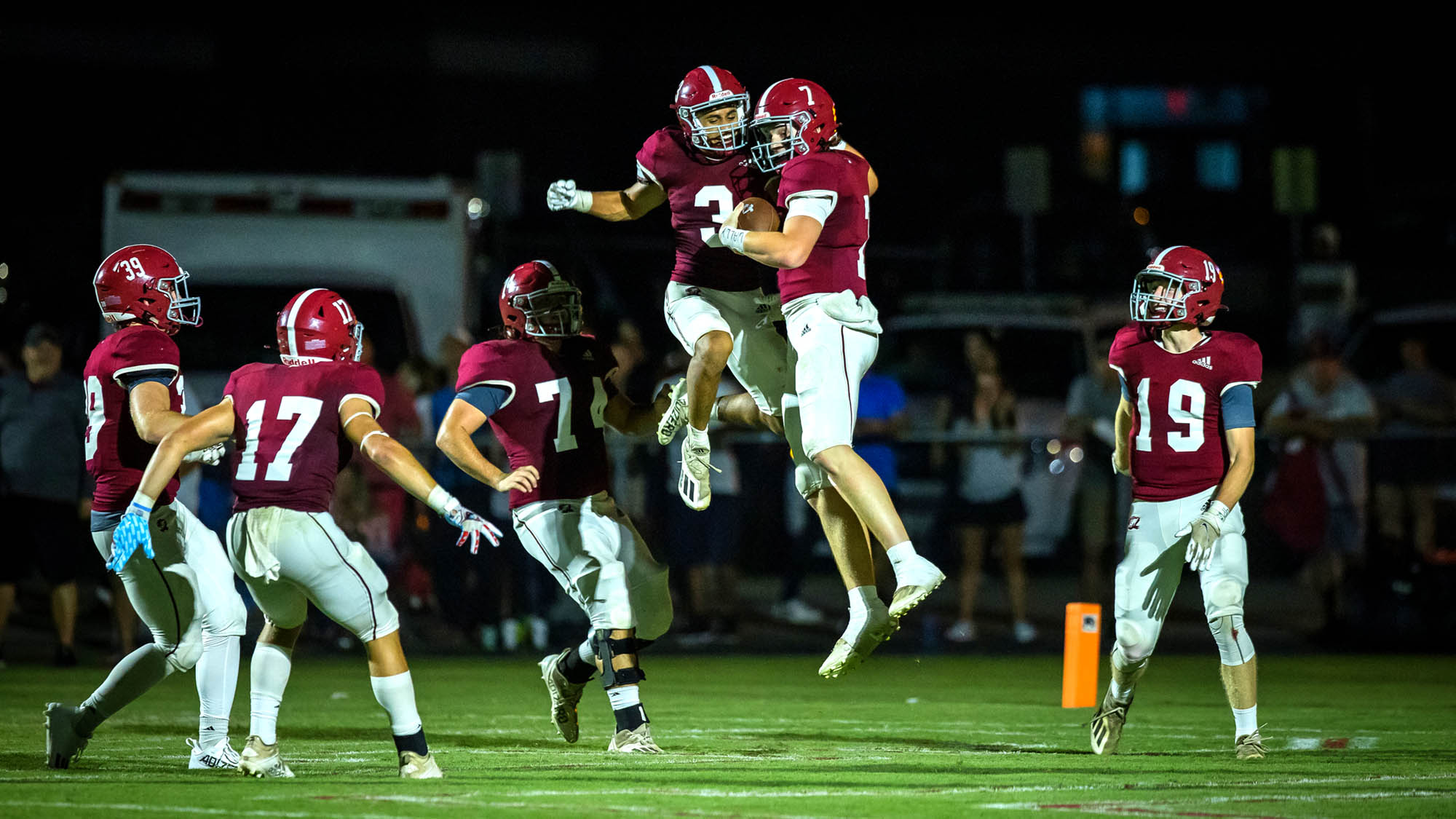 Jack Smith got his first career start at quarterback just a couple of weeks after committing to Arkansas baseball.

He didn’t disappoint the home crowd as he had arguably the best first career start for a Hartselle quarterback. He led the Tigers to a 45-17 win Friday night.

“All the credit for tonight goes to God and my teammates,” Smith said. “I have the best supporting cast in Alabama. Having a division one running back and receivers around you makes my job very easy.”

He was 25-of-28 passing for 345 yards and four touchdowns. He also led the team with 63 yards rushing and a touchdown.

“Jack had a dynamic night,” Hartselle coach Bryan Moore said. “Coach Lang put him in some good spots early, and he was successful the entire night.”

After a scoreless first quarter, Smith got the Tigers on the board when he connected with Eli Tidwell for a 28-yard touchdown with 9:11 left in the first half. Tidwell broke free of an Austin defender and raced to the endzone to put Hartselle up 7-0.

The Black Bears tied the game at 7-7 when Bryson Claiborne picked up a Hartselle fumble and raced 79 yards for a touchdown.

Hartselle immediately went back on top, this time for good, when Smith and Tidwell connected for their second touchdown pass from 45 yards out with 6:24 remaining in the half.

With 46 seconds left in the first half, Crawford Land hit a 46-yard field goal to extend the Tigers’ lead to 17-7.

The second half belonged to the Tigers’ offense and defense.

Ri Fletcher pushed the lead to 24-7 after racing 42 yards to the endzone for a touchdown with 10:05 left in the third.

Fletcher finished the game with 59 yards rushing on seven carries.

The Tigers kept their foot on the gas and extended their lead to 31-14 when Smith and Tidwell connected on a 70-yard catch-and-run touchdown. The touchdown was the third of the game for the quarterback and wide receiver duo.

The Hartselle defense forced an errant thrown by Young that Drake Borden picked off just under four minutes remaining in the third quarter.

The Tigers capitalized on the turnover on the possession’s first play when Smith carried the ball 42 yards down the Hartselle sideline for a touchdown with 3:35 left in the third quarter. The score pushed the lead to 38-14.

Austin scored their final points of the game with 27 seconds remaining when Ruben Guevara hit a 27-yard field goal to cut the lead to 38-17.

Smith threw his fourth touchdown pass when he hit Ri Fletcher over the middle for a 56-yard score with 11:48 left in the game. The touchdown made the score 45-17.

Tidwell led the Tigers in receiving with seven receptions for a career-high 179 yards and three touchdowns.

“I want to thank my teammates because without them, my performance tonight wouldn’t have been possible,” Tidwell said.

“I think we are better than last year,” Moore said. “Our offense was better in the box, which makes a big difference. We can do different things in our offense when the line plays like they did tonight.”