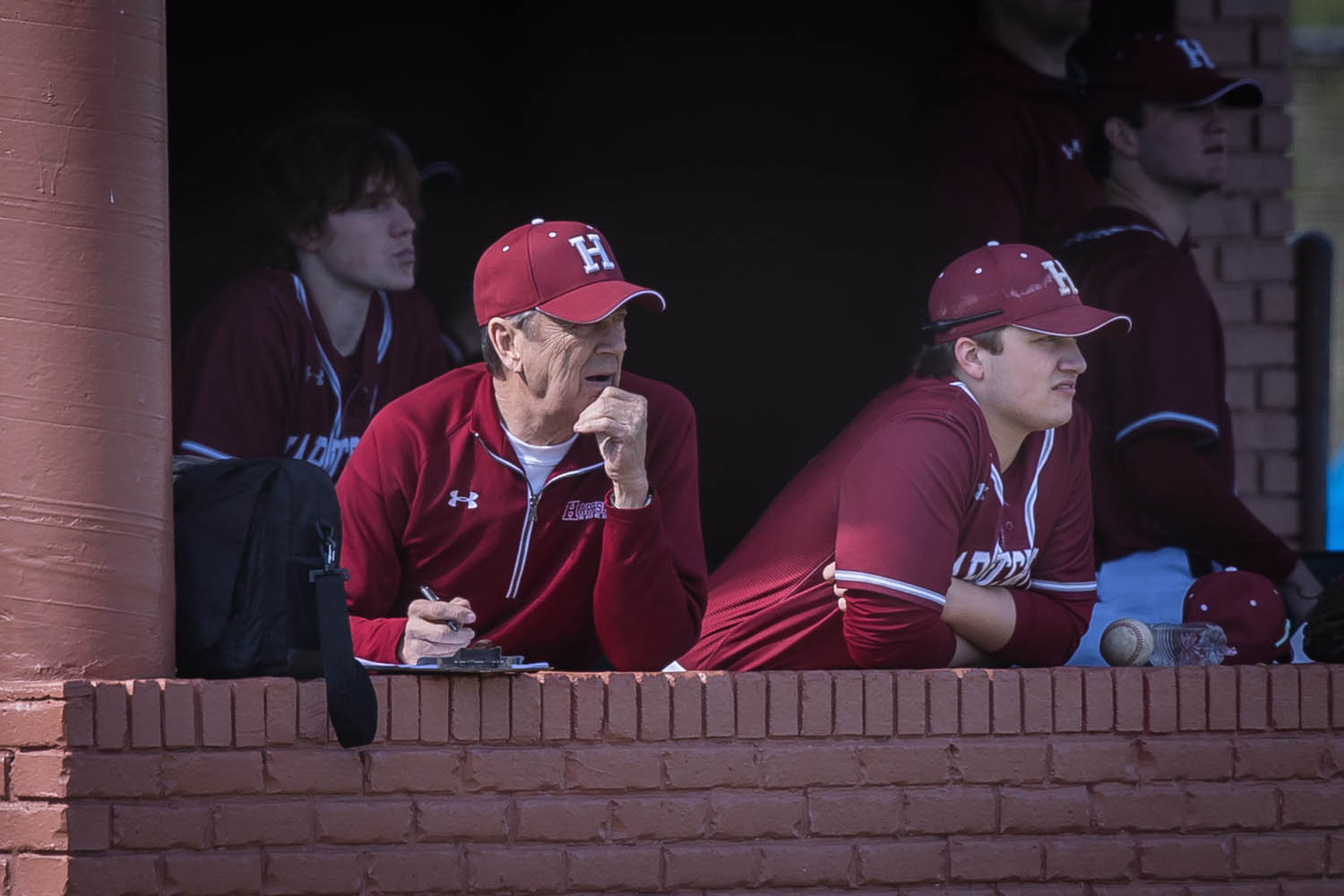 The Hartselle Tigers hit the road to Russellville on March 10th for a doubleheader with the Etowah Blue Devils and the Russellville Golden Tigers, coached by former Hartselle player and assistant coach Chris Heaps.

Hartselle 14, Etowah 0
Caleb Pittman and Jack Smith combined for a two-hit shutout in the Tigers’ 14-0 win over Etowah in game one.

After a scoreless first, the Tigers got rolling in the second with a walk by Coleman Mizell followed by back-to-back doubles by Brodie Morrow and Greyson Howard to put Hartselle up 2-0. An Elliott Bray single made the score 3-0. Bray and Cade Miles scored before the inning was over, giving Hartselle a 5-0 lead.

The offense didn’t skip a beat in the third as they extended their lead to 9-0. First, Miles hit a two-run homer to make it 7-0, and then Eli Tidwell and JoJo Williamson then scored to make it 9-0.

The Tigers added two runs in the fourth and three more in the fifth to close out the game.

Howard was 3-for-4 with three runs scored, two doubles, and two RBIs to lead Hartselle (9-2). Miles finished 2-for-2 with a home run, two runs scored, and three RBIs, while Mizell and Cam Palahach each added two hits and an RBI. Bray and Williamson each had two RBIs.

Hartselle 6, Russellville 1
Bray pitched a complete game in game two, allowing one run on five hits while striking out a season-high sixteen batters to lead the Tigers to a 6-1 victory over Russellville.

The Tigers pushed their lead to 4-1 in the top of the fifth. Peyton Steele doubled to bring home Tidwell, and then Mizell reached on an error that plated Steele. They tacked on two more runs in the top of the seventh to make the final score 6-1.

Tidwell scored two runs, had a single and an RBI to lead the Tigers (10-2). Williamson, Steele, and Morrow also had a hit and RBI.

Priceville improves to 8-0 in blowout win at North Jackson