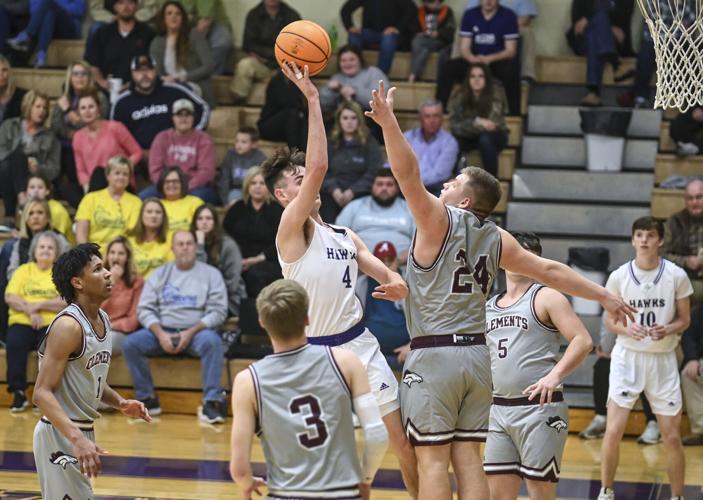 The Danville Hawks saw their season end with a 57-48 loss to Clements in the Class 3A subregional.

The Hawks and Colts played an even first quarter, with a score of 10-10 going to the second. The Colts opened the second quarter on an 11-2 run to take a 21-12 lead. Danville scored eight points the rest of the quarter to trail 28-20 at halftime.

Danville cut the lead to four, 37-33, heading into the fourth quarter.

The Hawks opened the fourth with a 5-2 run to cut the lead to 39-38 with 5:45 left in the game; however, the Colts outscored the Hawks 18-10 over the final five minutes to get the nine-point victory.

Dylan Patrick finished with 32 points, including 23 in the second half, to lead Clements (21-9). James Putnam added 13 points.

The Hawks were led by nine seniors this season. Coach Scott Ellis said this was one of the closest teams he has ever been around. The seniors are Randolph, Whisenant, Morgan, Holladay, Grayson Glenn, Cole Waddell, Landon Freeman, Peyton Smith and Johnathan Ryan.