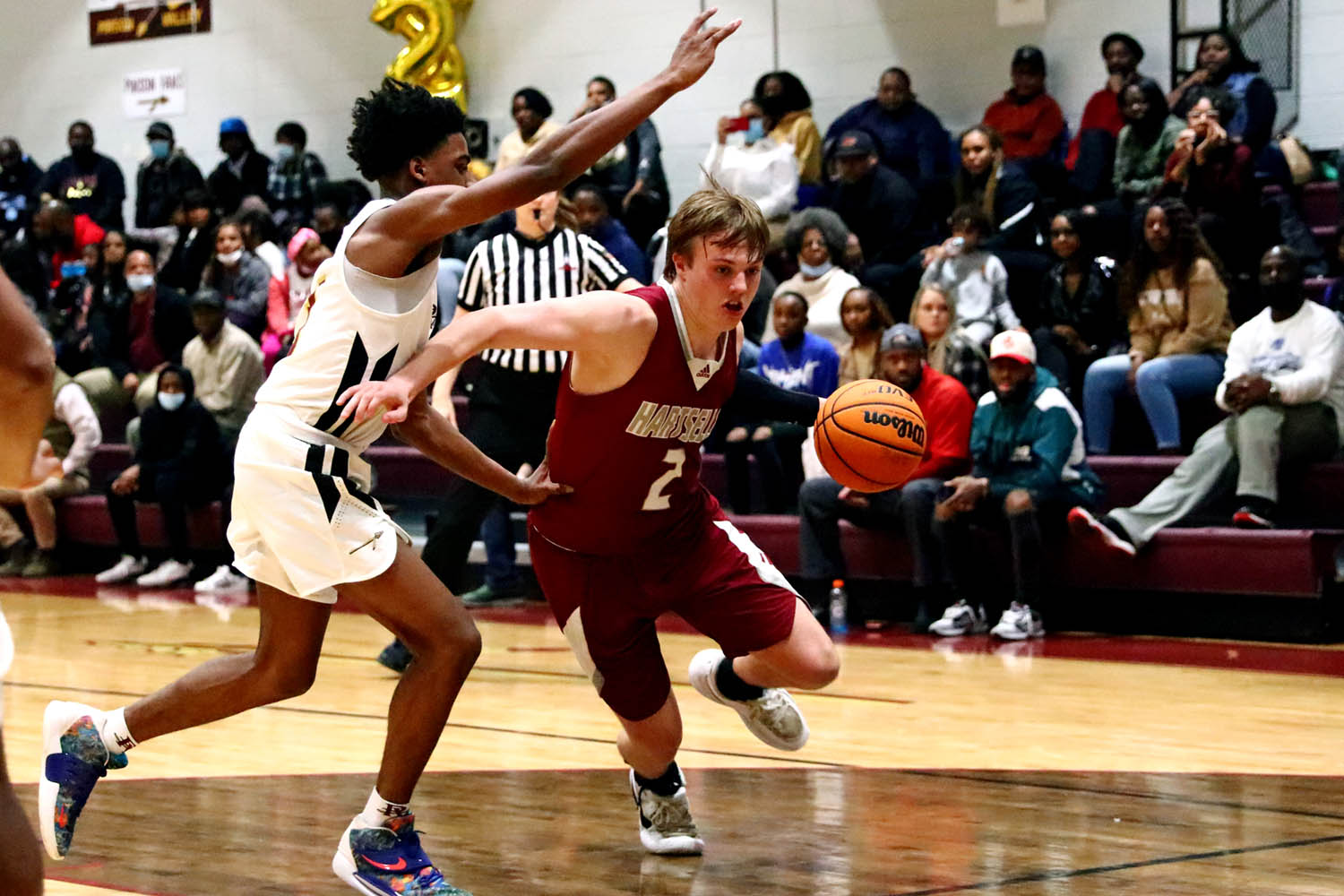 The Hartselle Tigers basketball season ended Feb. 15 with a 66-57 loss on the road at Pinson Valley in a 6A subregional matchup. The game was a rematch of the past season’s subregional, played at Hartselle.

“I am proud of how our guys came out and fought for 32 minutes tonight,” said Hartselle Coach Faron Key. “We made some mistakes but battled through them to stay in the game and have a chance in the fourth quarter.”

Luke Ward scored the game’s next five points to put the Tigers back in front 9-6.

Pinson Valley closed the quarter with three more three-pointers and outscored Hartselle 9-4 to take a 15-13 lead to the second quarter.

Pinson Valley’s defense dominated most of the second quarter. The Indians held the Tigers to four points in seven minutes.

The Indians went on a 10-4 run during this time to extend their lead to 25-17. Thomas Itsede scored an old-fashioned three-point play right before halftime to cut the lead to 25-20.

After an Indian three-pointer to open the third, Hartselle responded with an 8-2 run to cut the Pinson Valley lead to 30-28 midway through the third quarter.

The Indians opened the fourth quarter with their 11th and 12th three-pointers to extend their lead to 47-35.

With the season on the line, Kiah Key and Ward hit back-to-back three-pointers to cut the lead to 50-41. Pinson Valley went on an 8-4 run to push the lead to 58-45 and seemingly put the game out of reach, but the resilient Tigers got back up and went on a 10-3 run to cut the lead to 61-55 with less than a minute to go in the game.

A 5-2 Indians’ run, however, closed the game in a loss for Hartselle.

Ward finished his career with 14 points to lead the Tigers (17-16). He also had four rebounds and an assist.

Kiah Key added his seventh double-double, 11 points and 12 rebounds. He scored nine points and pulled down 10 rebounds in the second half.

The Tigers finish the season with 17 wins after playing one of the most challenging schedules in the state. They faced eight teams that finished in the Top 10 in their respective classifications, including the top three teams in 6A. In addition, they played 16 games against 14 teams who played in a regional semifinal. Six of those teams were still alive in the regional finals as of Feb. 21.

“We faced the hardest schedule I have ever put together,” said Coach Key. “We had our ups and downs but continued to fight every night.”

The Tigers say goodbye to seniors Ward and Simmons. The two players have been a part of the varsity team since their sophomore year.

“We are sad to say goodbye to Luke and Dom. They did a great job in leading our team this season,” said Coach Key. “We have a good nucleus of players returning next season that will give us a chance every night.”