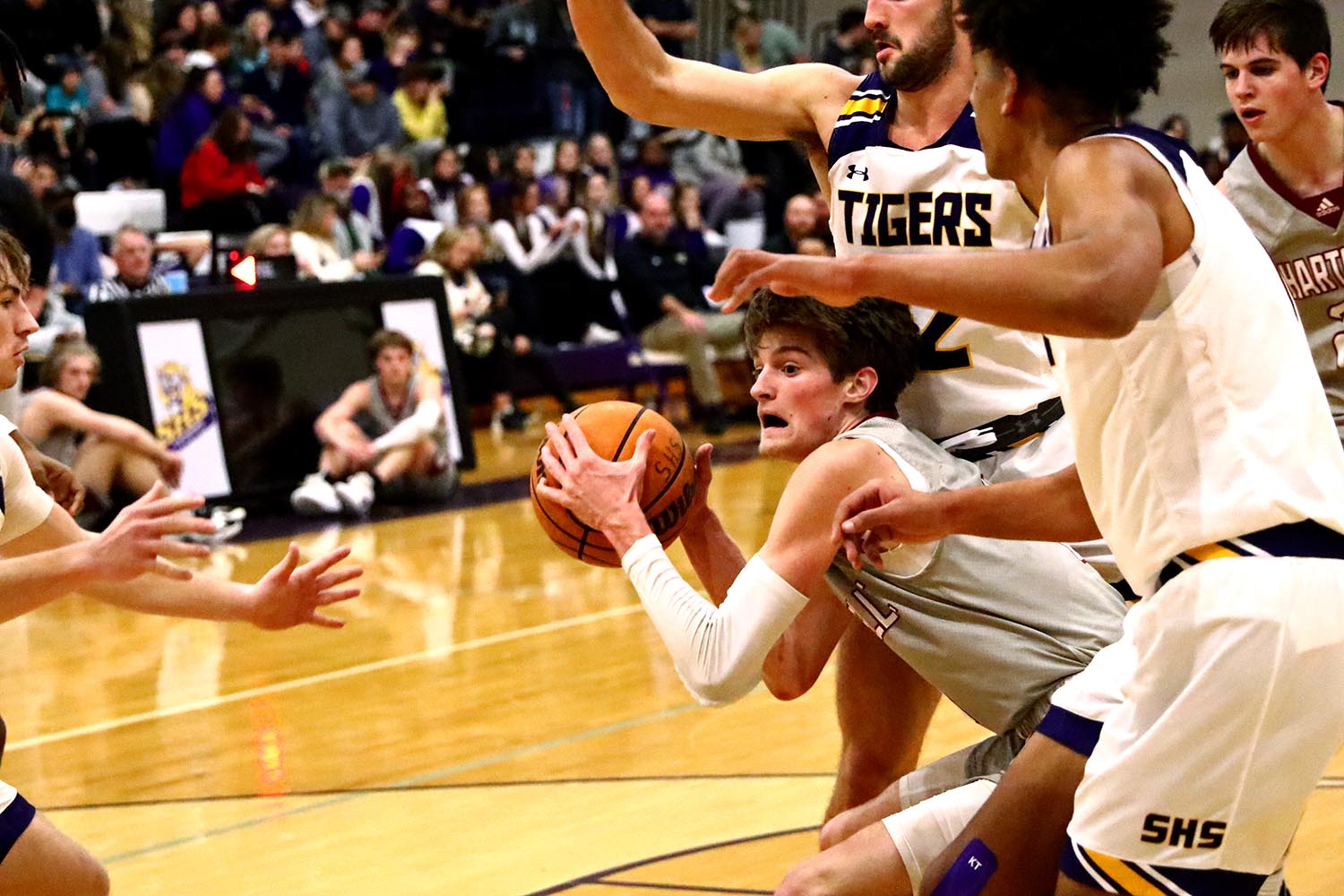 A win is a win, whether it is by one point or 20. After a furious fourth-quarter rally by the home team, the Hartselle Tigers walked off the court at Springville with a 61-59 win.

“Tonight’s win is a good win,” said Hartselle Coach Faron Key. “We were as solid through the first three quarters as we could have been. We executed our game plan very well at both ends of the floor.”

The Springville Tigers entered the game with a 20-3 record that included two wins over Oxford, who defeated Hartselle 53-42 Dec. 11. The Tigers have already clinched their regular season area championship.

Hartselle fell behind 2-0, but the Tigers would never trail again. They outscored Springville 10-3 to take a 10-5 lead and closed out the quarter on a 10-run to extend their lead to 20-5 at the end of the first quarter.

However, Springville closed the first half on an 8-2 run to make the score 33-22 heading into the halftime break.

The fourth quarter belonged to Springville with a furious comeback attempt. Springville scored the first 15 points of the quarter while holding the Tigers scoreless over the first four and a half minutes.

Springville had cut the lead to 55-49 before the Tigers put their first points on the board in the quarter, taking a 57-49 lead.

A Springville three-pointer cut the lead to five points before two Hartselle free throws extended the lead back to seven, 59-52.

Springville used a 5-0 run to cut the lead to 59-57 with less than 30 seconds remaining. Hartselle hit two more free throws to build the lead back to four, 61-57. Springville hit a last-second basket to make the final score 61-59.

“We failed to keep our foot on the gas in the fourth quarter with a big lead and had to survive at the end,” noted Key. “We have got to learn how to remain aggressive with the lead and put teams away.”

“We have got a lot of room for improvement, and that’s what we are focused on doing,” said Coach Key. “We are trying to improve as much as possible over the final two weeks of the regular season before heading into the postseason.”