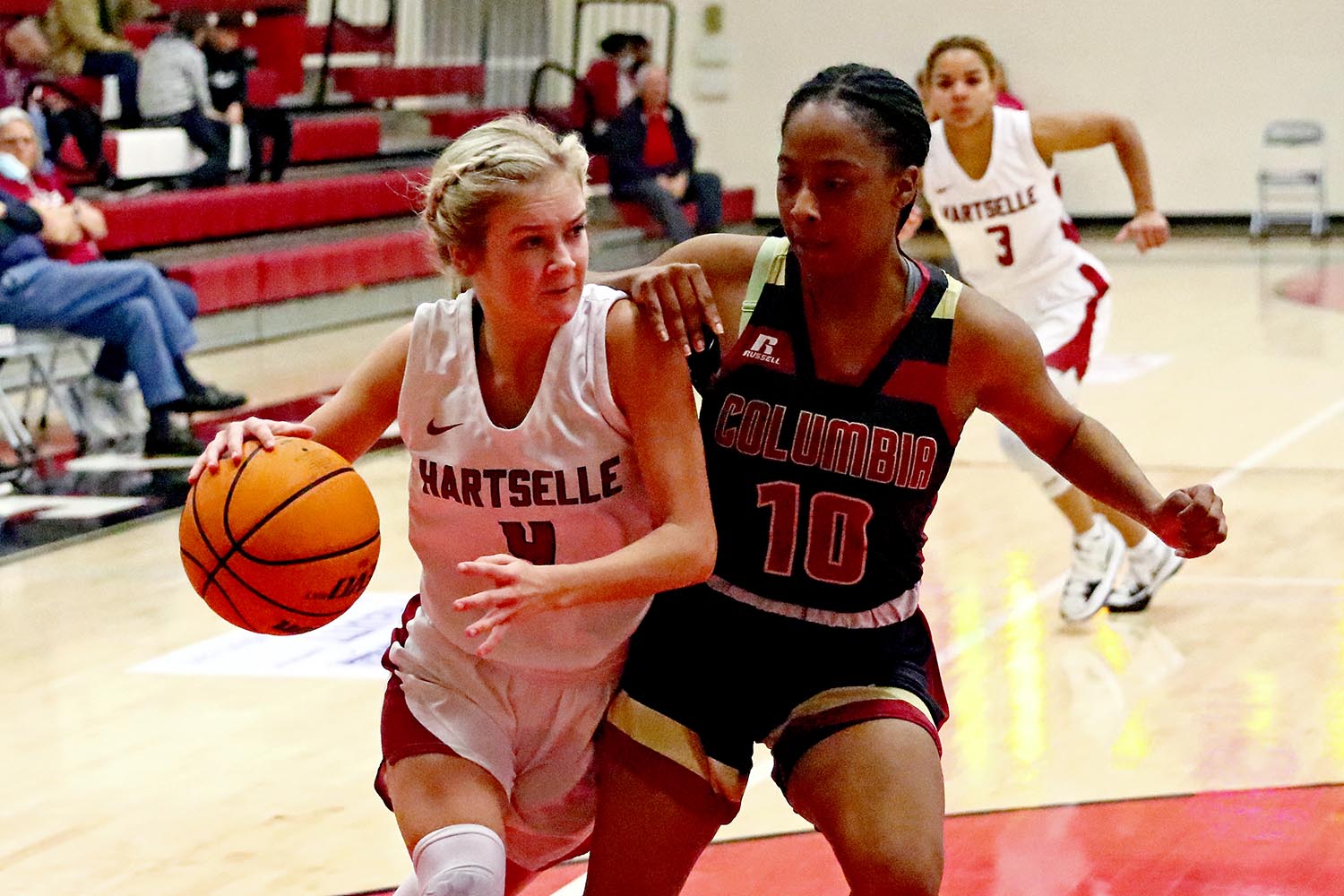 Hartselle dominated the Lady Eagles for the second time in three weeks, rolling to a 75-27 win. The 75 points scored in the victory are a season-high, besting the 73 points put up in the Tiger girls win over Cullman earlier this month.

The Lady Tigers jumped out to a quick 5-0 lead, as Gracie Hill hit a three-pointer and two free throws. Hill finished the first quarter with 10 points after connecting on a second three to help power an 18-0 run.

Masyn Marchbanks added five points before the starters were taken out, leading 15-0.

Leyanne Cera and Karleigh Shipley each scored four points in the last four minutes of the first quarter to help the Lady Tigers build a 23-5 lead heading into the second quarter.

Kaitlyn Hogan scored the first five points, helping the Lady Tigers extend their lead to 28-9. After the teams traded buckets, Hill scored four in a row to push the lead to 34-11.

After the Lady Eagles cut the lead to 34-14, Hartselle responded with a 7-0 run: Emma Roden scored four straight and Shipley hit a three-pointer to give the Lady Tigers a 41-14 lead. Shipley added two points to close out the second quarter scoring, with Hartselle leading 43-16 at the half.

The starters returned with about three minutes left and quickly scored seven straight points, including Hill’s third three-pointer of the game.

After Columbia ended the 15-0 run, the Lady Tigers closed out the quarter with four more points and a 62-21 lead.

Hill finished with 19 points to lead Hartselle followed by Shipley with 14 points.

Cera and Patrick each scored a career-high six points.

The Lady Tigers are 9-1 in their past ten games, with their last loss coming to Bob Jones in the semifinals of the DOC Classic in late December.