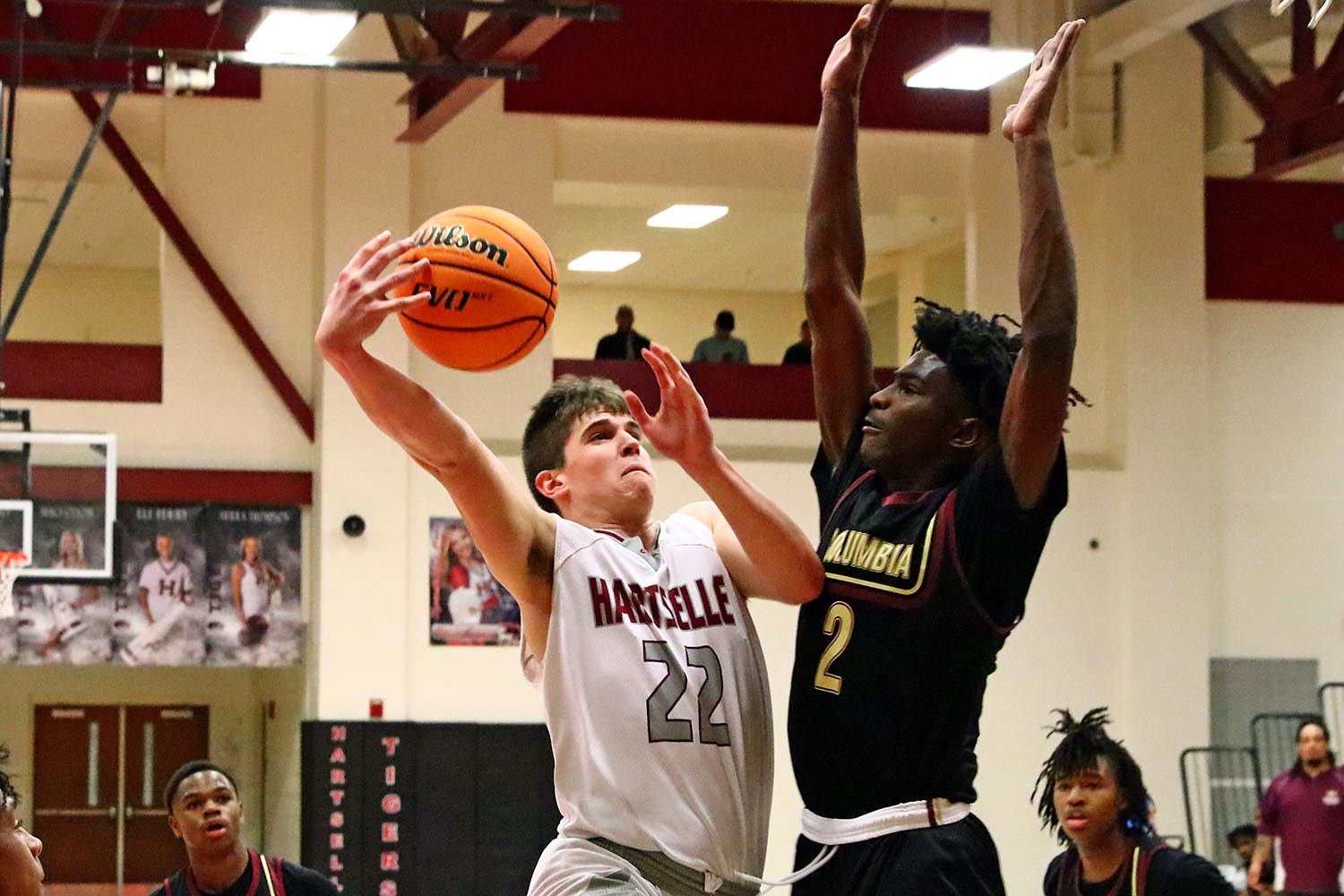 Coach Faron Key’s Tigers put together a complete performance in their 80-45 win over Columbia.

Their 80 points were the Tigers’ third most of the season. They scored 103 in a win over Columbia before Christmas and then 87 in a win over Haleyville to close out December.

Kiah Key and Luke Ward combined for 22 points in the first quarter to propel the Tigers to a 26-16 lead entering the second quarter. Hartselle trailed twice in the first eight minutes, as Columbia led 2-0 and 6-5, but the Tigers responded with a 15-2 run to take control of the game.

The Eagles scored the first two points of the second quarter to cut the lead to 26-18. The Tigers responded with an 8-2 run to extend their lead to 34-20.

After a 4-1 Columbia run to make the score 35-24, Hartselle closed out the quarter with a 10-2 run, as Ward and Ryan Dunn each scored five points.

The Tigers took a 45-26 lead into the halftime break.

Columbia closed the quarter with a 5-0 run to make the score 67-40 heading into the fourth quarter.

The Tigers held Columbia scoreless for the first six minutes of the fourth quarter, outscoring the Eagles 11-0. Ward scored four points, while Kohl Key added five, including his second three-pointer of the game.

Ward finished with 22 points and 10 rebounds to lead Hartselle (15-10). The double-double was his third of the season. He also had three steals and two assists.

The Tigers have gone 12-4 in their past 16 games since suffering back-to-back losses to Oxford and Austin in mid-December.