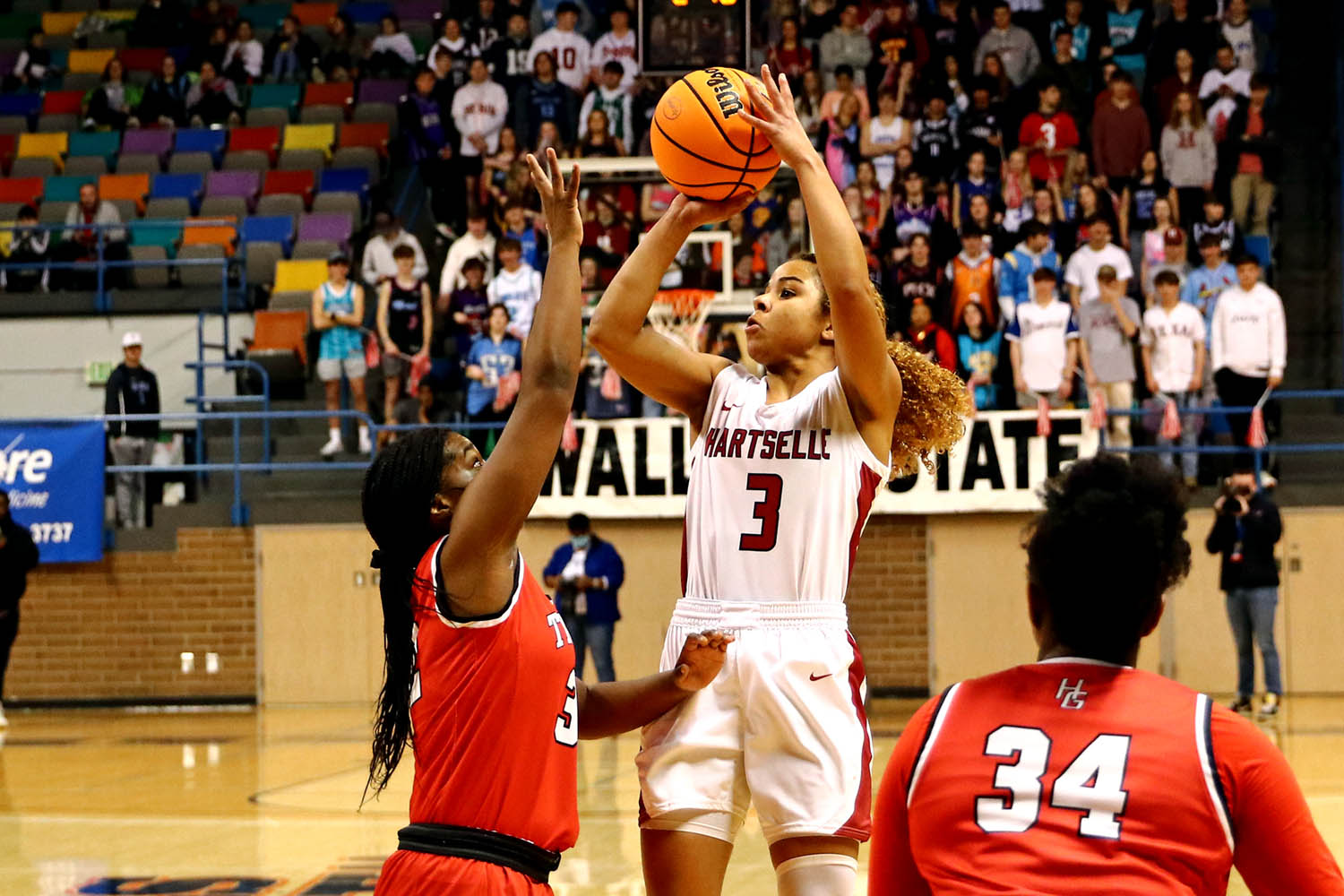 Hartselle’s season came to an end with a 47-34 loss to 6A No. 1 Hazel Green in the semifinals of the Northwest Regional.

Following the loss, Coach Gary Orr announced he would be retiring after 16 years of leading the Lady Tigers’ program.

“Masyn has been with me since the seventh grade and Maggie since her 10th-grade year,” Orr said. “They’ve been tremendous leaders. I trusted them to help me grow this program, and we’ve had a ton of success.”

Hazel Green’s defense dominated the first quarter, holding the Lady Tigers scoreless for more than seven minutes to start the game. Hartselle got on the board when Mary Frances Itsede scored on a layup with 23 seconds left in the first quarter.

The Lady Trojans scored the first 10 points to lead 10-2 after the first quarter.

The Lady Tigers outscored Hazel Green 8-5 in the first three and a half minutes of the second quarter to cut the Lady Trojans’ lead to 15-10. Hazel Green responded, however, with a 10-2 run to close the first half leading 25-12.

The Lady Trojan defense held Hartselle’s leading scorer, Marchbanks, to one point in the first half.

In the third quarter, the Lady Trojans outscored Hartselle 14-11 to extend their lead to 39-23. The Lady Tigers outscored Hazel Green 11-8 in the final quarter to make the final score 47-34.

The story of the second half for the Lady Tigers was Marchbanks. After being held to a season-low one point in the first half, she responded with 20 points in the second half. She also had five rebounds, two steals, and a block in her final game as a Lady Tiger.

Marchbanks closed out her Hartselle career with 2,261 points.