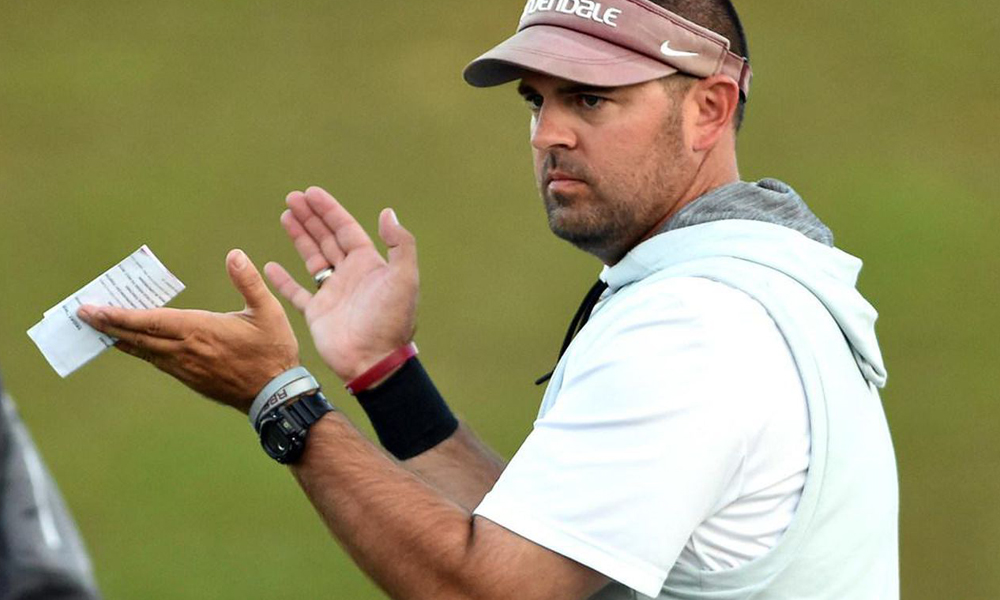 There’s no denying recent decades have not been kind to Brewer football.

The Patriots have had one winning season and one playoff berth, in the past 21 seasons.

So, when Matt Plunkett was hired to be the 14th head coach in the school’s history, it brought plenty of excitement.

After getting his coaching start in Texas, Plunkett comes in with a successful background as a head coach in the state of Alabama. To date, he has made stops at Locust Fork, Cullman, and Gardendale. His most successful stint came at Gardendale, where he led the Rockets to a 37-22 record in five years with four trips to the playoffs, including two trips to the quarterfinals.

As Plunkett now makes his move to the home of the Patriots, the question is, why Brewer?

“I’m attracted to challenges,” Plunkett said. “There’s a lot of jobs out there where, as long as you don’t screw things up, you can be successful – but I like jobs where kids are the underdog.”

Plunkett said respect for the Brewer community and the enthusiasm of the players helped draw him here.

Plunkett has a lot of experience coaching in the state, but he’s still a new face to many in north Alabama. Fans are sure to wonder what they are getting with their new head coach.

Plunkett said love for his players is important in his coaching.

“I love my players, but that doesn’t mean cupcakes and ice cream,” he said. “I’m passionate and intense, and I’m going to push our guys, but they’ll never have any doubt that Coach is doing this because he loves me.”

Taking the next step

Usually, when a coach takes over a program with one winning season in 21 years, there is talk of a culture change. Plunkett, however, said he doesn’t believe that is necessarily needed in Brewer’s case.

Previous head coach Geoff Walters led the Patriots to an 8-3 record in 2018, the lone winning season since 1999. Plunkett said he believes the work put in by Walters has Brewer on the right path, both on the field and off.

Under Walters, the program established a middle school program that brought all the feeder schools of Brewer together. Brewer also built a state-of-the-art athletic facility that stands up against some of the best in north Alabama.

“Great coaches leave a place better than they found it,” Plunkett said. “I found this place in tip-top shape, and my goal is to retire here with this place even better than I found it.”

How does he plan to accomplish that?

By building from the bottom up.

“It comes down to our four feeder schools. You have to be ingrained in those communities to where they’re not just seeing you a couple of times a year,” Plunkett said. “You have to start young and make sure those kids know their future is right here and get them fired up for that.”

Plunkett said he is the right man for the job and is ready to hit the ground running.

“Timing is everything, and I feel this was the right time. We’re ready to start building and moving forward,” Plunkett said. “It’s going to take some elbow grease, and it’s going to be a lot of hard work, but I truly believe the future of Brewer football is very bright.”