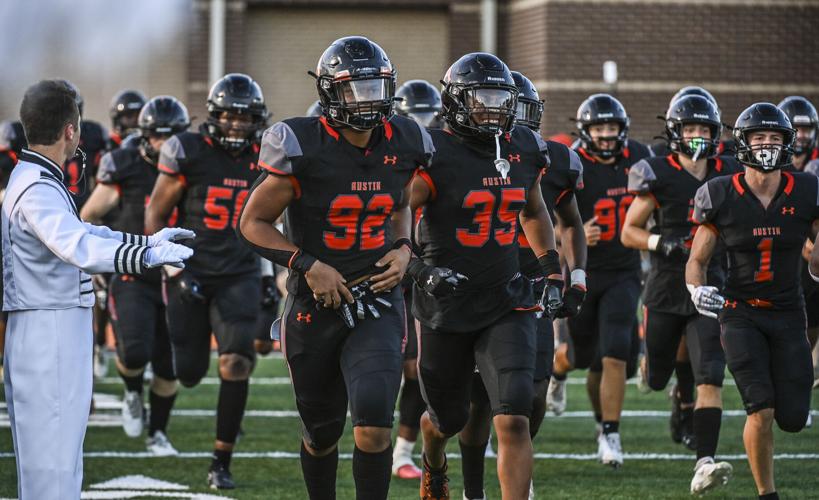 “I would say that was probably the most confident I’ve ever been,” Guevara said. “Obviously there was a little doubt, but I felt so confident I was making it for sure. I banged it in in the end, and that was it.”

The Black Bears (1-2, 1-0) avoided a fourth straight loss to Sparkman and a third loss in a row to start the season.

“We’ve got to take this and build on it,” Austin coach Jeremy Perkins said.

Gavin Fuqua, De’Air Young and Kenneth Joshua each had a touchdown run for Austin.

“Our guys played hard,” Sparkman coach Laron White said. “We had our chance to win at the end in regulation, but we just couldn’t capitalize.”

As rain poured on the teams in the first quarter, each scored on its opening possession.

Fuqua had a 22-yard run for Austin with 8:21 remaining in the first quarter. Sparkman got on the scoreboard with Ward’s 26-yard pass to John Rozier at the 3:53 mark of the period.

Young put the Black Bears ahead with a five-yard run with 8:21 to go before halftime.

Ward connected with Matthew Rozier for 18 yards with 4:35 left in the half.

Ward and Matthew Rozier hooked up for a 48-yard touchdown that gave Sparkman its only lead of the game with 8:39 remaining in the third quarter.

Joshua’s five-yard run and Guevara’s extra point tied the game at 21 at the 10:17 mark of the fourth quarter.

“It was great to step up for my team and put the team on my back and tie up the game,” Joshua said.

Austin took a knee to run out the clock in regulation following Sparkman’s missed field goal.

The Senators got the ball first, but the Black Bears picked off a pass in the end zone to end the possession.

Austin ended up on its own 22 after a 15-yard loss on third down. A Sparkman penalty moved the ball up to the 17 to set up Guevara’s game-clinching kick.

“We love Ruben,” Achilles Woods said. “He saved the game for us.”

Woods had a sack in the fourth quarter that ended a Sparkman drive at Austin’s 38.

Austin will play at region rival Florence next Friday. Sparkman (2-1, 0-1) will host Albertville in a region matchup.